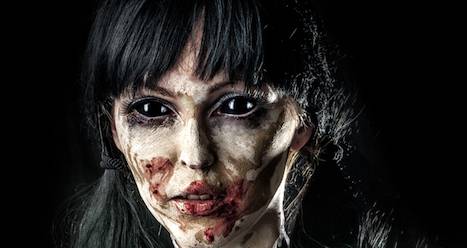 Those who’ve ventured a tippy toe into the world of romance manga know that it’s full of crazy-specific genres. For example, magical girl manga, like Sailor Moon, or card battle manga like Yu-Gi-Oh!

But my personal favorite mangas are vampire romances. Partly because I love vampire romances in general, but also because romance manga tends to put a twist on what American readers would consider a traditional vampire romance, making it 100x more fascinating and fun than a typical novel. I mean, manga characters tend to look otherworldly anyway, so why not go with that?

If you want to jump headfirst into vampire romance manga style, I recommend these series (and note that just because these are mangas doesn’t mean they’re okay for little kids–in fact, most of them aren’t). 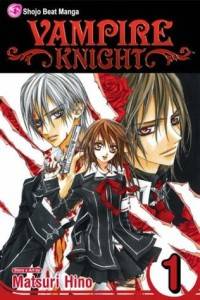 Vampire Knight is THE vampire romance manga. There’s so much delicious drama going on in this series. Cross Academy is a school with a secret: when the regular students go home and the sun sets, it turns into a school for vampires! Yuki Cross and her best friend Zero Kiryu guard the secret of the Academy, but they have secrets of their own, a lot of which they themselves don’t even know. If you’re not reading this one you’re missing out on everything. 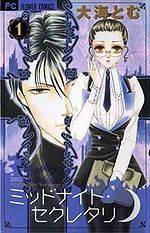 This is the manga that first got me into vampire romance. It’s your basic repressed-secretary-meets-jerky-billionaire-CEO story, with one twist: said CEO is a vampire. This series is like crack. Do not start it unless you have the entire day open to just binge-read it. 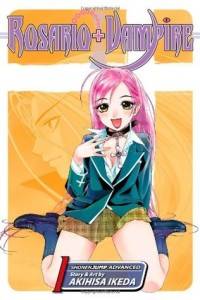 Average guy Tsukune is somehow accepted into Monster High, a school that–you guessed it–is filled with monsters. He quickly develops a crush on the cutest girl in school, who also happens to be a vampire. This romance vampire manga is very cute and ideal for younger readers. 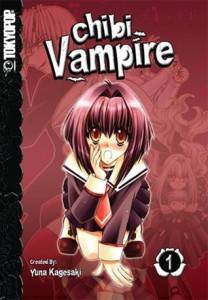 Another series perfect for younger readers that is suuuuuuuuper duper cute. Karin is a little vampire girl who can’t do anything right–she can’t even suck people’s blood because it gives her a nosebleed. Instead, she GIVES people blood when she bites them. Like I said, adorable and sweet. 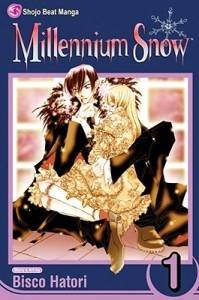 Chiyuki is 17 years old, with a fatal heart condition. When she meets an 18-year-old vampire who needs to find a human blood partner, it seems like both their problems are solved, but in fact they’re just beginning. Think a marriage-of-convenience story meets teen vampire manga. 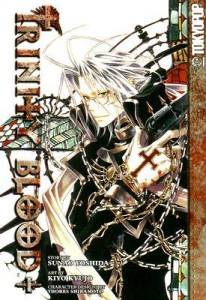 Two words: vampire priest. In our dystopian future, mankind is constantly at war with vampires. Esther, a nun, partners with a Vatican priest named Abel Nightroad to battle a virulent group of vampires led by the super evil Gyula. Tons of action, drama, and gorgeous art. 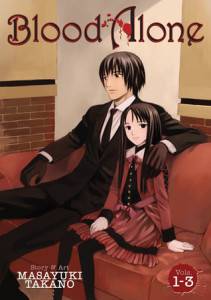 Imagine if a vampire was in love with Fox Mulder and you have a general idea of this manga’s premise. Here’s the thing, though: the vampire is a little kid, and her relationship with said *adult* investigator is a bit… ambiguous. Is it an innocent girl’s crush? Is it sexual on his part, or avuncular? Impossible to say. And in case you’re starting to worry: it only goes far enough to keep the series weird and interesting without venturing into ick territory. 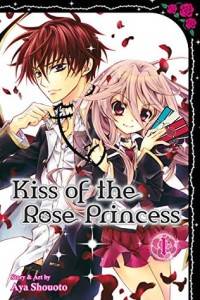 8. Kiss of the Rose Princess by Aya Shouoto

A reverse harem manga–one girl surrounded by a group of guys–about a princess with strange, supernatural powers. She uses cards to summon four knights, who happen to be the four hottest guys at school. The twist? They need to drink her blood to stay alive. Cute and fun, with less drama than series like Vampire Knight. I like that the girl in question, Anise, is independent and into sports, and more annoyed than flattered by her male retinue. 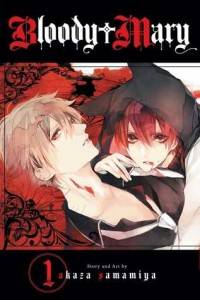 I’m not sure if I would technically call this a “romance manga” (yet), but there are homoerotic overtones, so let’s just say it is. Mary is a vampire who wants to die, but only one person can kill him. Unfortunately, that person is dead, so Mary finds a modern-day exorcist he thinks has inherited the “blood of Maria.” Whilst the two try to find a way to kill Mary, he protects Maria from demons. A great example of shonen ai (literally translated as “young boy love”) crossed with vampires. I love that the two male characters have female names. Gender bending! 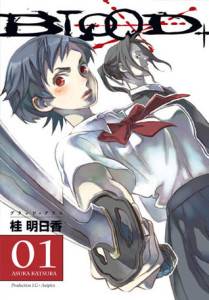 This vampire manga series is a spin-off of the popular Blood: The Last Vampire movie, about a teenager in Okinawa with a mysterious past. You might want to watch the animé first to avoid confusion. There are also other manga spin offs of this spin off: Blood+ Adagio, set in Russia during the time of the Romanovs, and Blood+ Kowloon Nights, set in Hong Kong.

What are your favorite romance manga, vampire-themed or not? Check out even more of our manga coverage here.