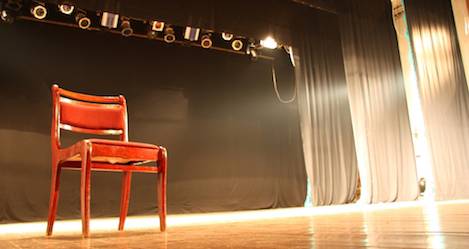 Besides reading, one of my favorite things to do is to go to the theatre. A good play offers many of the same pleasures as a good book—compelling and creative stories, exciting characters, riveting drama, and side-splitting comedy—all packed in (usually) less than three hours. The ideal way to experience a play is to see it live, but that’s not always possible. Not every area has a lively theatre scene, and tickets are not always cheap. If that’s the case, reading a script can be a great alternative—and you get to have the fun of imagining how you’d cast and stage the show yourself.

So for those theatre fans who can’t get out to see as many plays as they’d like, or those who’d like to explore the form more deeply, I offer this list of plays, presented in alphabetical order. I’ve tried to come up with examples from a variety of eras and styles so there’s something for everyone. (I have left off William Shakespeare, because I’m sure you know about him already.)