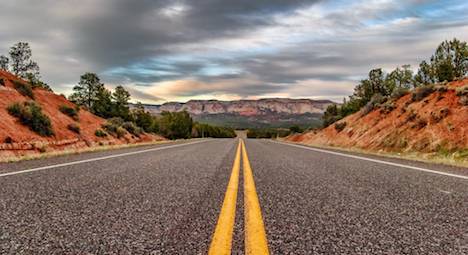 Even though summer is usually road trip season, I prefer my jaunts during the fall. With leaves changing colors and the weather cool enough to crack the windows, my favorite road trips are accompanied by fleece, boots, #PSLs, and the perfect audiobook. Thankfully, I’ve got a two-week cross country road trip coming up to indulge my autumn road trip desires.

If you’re craving a trip down the highway and need some inspiration – or you’ve got a roadtrip planned and need an appropriate accompaniment – here’s a list of 13 of my favorite road trip books on audio. 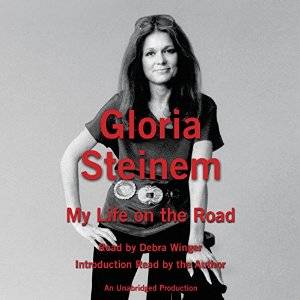 My Life on the Road by Gloria Steinem – Narrated by actress Debra Winger (of An Officer and a Gentleman fame), Steinem’s memoir about her lifetime of activism-related travels isn’t specifically about a road trip but its still guaranteed to put that wanderlust bug in your blood.

The Stand by Stephen King – Want one book to last you for the entire cross country trip? At nearly 48 hours, this is no slouch of an audiobook, but it is also the ultimate in post-apocalyptic road trip fiction. A good book to listen to in order to appreciate our intact countryside.

Thousand Pieces of Gold by Ruthanne Lum McCunn – Beginning with a journey to America and throughout the West, McCunn’s story about a girl who is sold into slavery from China is an important part of the American historical narrative that often remains hidden.

On the Road by Jack Kerouac – Experience a different era of America with this 1950s road trip classic. One of most well-known cross country novels, Kerouac creates a beat-filled, jazzy narrative that is a quintessential love letter to spreading your wings.

American Gods by Neil Gaiman – With a full cast narrating, this epic fantasy begins in Indiana and creates a magical version of America as an unforgettable cast of characters that is destined to become a modern classic. 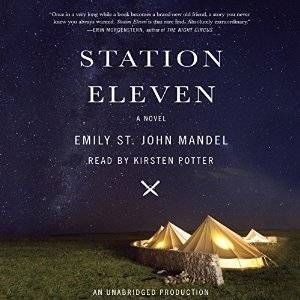 Station Eleven by Emily St. John Mandel – Another post-apocalyptic road trip novel, this one shifts between pre-and post-apocalypse and follows a traveling Shakespeare-performing group after the end of the world that will leave you more hopeful than despairing.

The Warmth of Other Suns by Isabel Wilkerson – Though it might not inspire your road trip in the same kind of way, Wilkerson’s history of America’s Great Migration will make you look at the highways and trips you take across the country in an entirely different way.

The Road by Cormac McCarthy – A quieter, shorter version of the post-apocalyptic road trip novel, this moving story of a father and son traveling in a desolate world might be easier to listen to if you struggled with the lack of sentence structure in the print version.

Amy and Roger’s Epic Detour by Morgan Matson – For a YA take on the road trip, check out this coming-of-age narrative that is both sweet and serious. Amy embarks on a Connecticut-to-California adventure with a family friend’s son whom she barely knows and still reeling from the death of her father.

Killing Yourself to Live by Chuck Klosterman – One of our most engaging essayists, Klosterman drives a rental car in a winding tour of the US, chasing his own demons and rock n’ roll after his relationship ends and writing about all the emotional ups-and-downs that come with it.

The Lost Continent by Bill Bryson – As easy as it would be to list only Bryson books for this post, this one is impossible to leave off. In a love letter to the small towns that pepper America, he drives nearly 14,000 miles through 38 states after having lived in the UK for more than 10 years to rediscover the country he left. 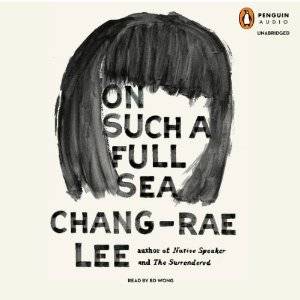 On Such a Full Sea by Chang rae-Lee – A woman goes on a quest to find her lover in a brilliantly imagined future America that examines the confluence of race, culture, identity and love in a way only Chang rae-Lee can.

Let’s Get Lost by Adi Alsaid – Five strangers embark on their own journeys and find out more about themselves and each other than they ever expected to. At just over 8 hours, Alsaid’s YA road trip novel is a perfect single-day companion for a long drive.