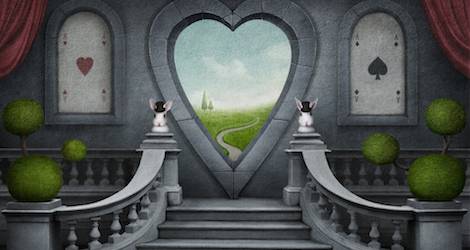 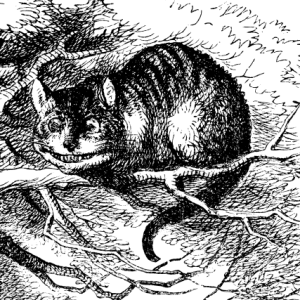 During college I took a class on English literature before 1900. I took this class for two reasons: first, it fulfilled some credit requirements and second (and more importantly), I would get to study Alice’s Adventures in Wonderland on an academic level. I adore Alice’s Adventures in Wonderland. Absurdity and nonsense are what I strive for in life. Early in my current relationship, my partner read a number of books that are important to me in order to get to know me better. This included a trip down the rabbit hole with a special little girl. I try to give it a reread myself every couple of years and during my most recent journey through Wonderland there were a number of quotes and excerpts that struck me as a little too real and reflective of my own life:

Alice had got so much into the way of expecting nothing but out-of-the-way things to happen, that it seemed quite dull and stupid for life to go on in the common way.

In another moment down went Alice after it, never once considering how in the world she was going to get out again.

Plans? Consequences? Where’s the adventure in that?

She generally gave herself very good advice (though she very seldom followed it), and sometimes she scolded herself so severely as to bring tears into her eyes.

When will I learn? Never. Never is when I will learn.

“How queer everything is today! And yesterday things went on just as usual. I wonder if I’ve changed in the night? Let me think: was I the same when I got up this morning? But if I’m not the same, the next question is ‘Who in the world am I?’ Ah, that’s the great puzzle!”

This is what keeps me up at night.

“The best way to explain it is to do it.”

“I do wish I hadn’t drunk quite so much.”

You and me both, sister.

“Would you tell me, please, which way I ought to go from here?”
“That depends a good deal on where you want to get to,” said the Cat.
“I don’t much care where –” said Alice.
“Then it doesn’t matter which way you go,” said the Cat.
“– so long as I get somewhere,” Alice added as an explanation.
“Oh, you’re sure to do that,” said the Cat, “if you only walk long enough.”

My friend’s 6th grade son had to write an essay on where he sees himself in twenty years. Just hearing this gives me anxiety. I’m in my 30’s and I don’t even know where I see myself in one year!

“If everybody minded their own business,” the Duchess said, in a hoarse growl, “the world would go round a deal faster than it does.”

“Really, now, you ask me,” said Alice, very much confused, “I don’t think –”
“Then you shouldn’t talk,” said the Hatter.

“Everything’s got a moral, if only you can find it.”

My life tends to be one learning experience after another.

“No, no!” said the Queen. “Sentence first — verdict afterwards.”

Too soon, Queen of Hearts. Too soon.

“If there’s no meaning in it,” said the King, “that saves a world of trouble, you know, as we needn’t try to find any.”