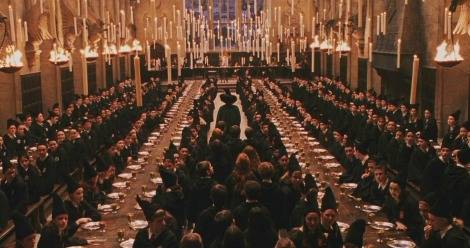 I was a weird one—I came into Harry Potter fanfiction later in my life. While everyone was digging into fanfiction.net and Sugar Quills getting their Harry fix, I was still reading Canon Only Pride and Prejudice stories, and then, between 2008 and 2010, Anything But Canon Twilight fics. After a bit of hopping through fanfiction for the Marvel Cinematic Universe and James Bond (00Q 4 Lyfe!), I found myself suddenly immersed in the world of Harry James Potter—sometimes with very little of the boy himself.

What are some of the best Harry Potter fanfiction stories?

Not sure what kind of fanfiction reader you are? Here’s a sampling of different types of story, including canon, alternate universe, and pre- and post-canon. It’s a great place to start.

Warning: as hinted at in my fanfiction preferences, hate-to-love stories are my favorite, so there’s a lot of Draco Malfoy in these suggestions. 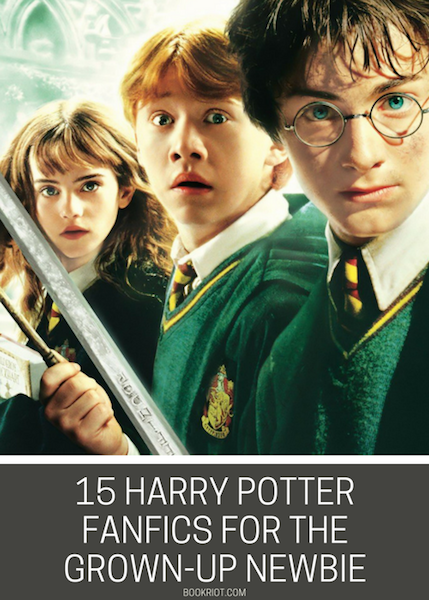 Hermione, Queen of Witches is an Old School fanfic from the active days of Sugar Quills. In five books, the alternatively titled Secret Diary of Hermione Granger tells the story from Hermione’s point of view in the form of a diary.

After the End is another Old School fanfiction, completed in 2003. Since it was finished before Order of the Phoenix, it feels very nostalgic to read a hopeful, canon-ish story about the Wizarding World. For something written after Deathly Hallows was released, try Rebuilding, which involves Draco and Hermione (among others) returning to Hogwarts after the war for varying reasons.

Tumblr is a hard place to find Harry Potter fanfiction because it’s not searchable the way that ffnet and AO3 are. But when you do come across a beautifully thought out and fleshed out one-shot “what if” story about a family that might have been, you make sure everyone you know reads it. Man. The feels.

The Hermione Granger Can Do Anything Story

Even be sorted into Slytherin. Think that can’t possibly be a thing? You should read The Green Girl, and see how well the author takes that familiar Granger personality and puts it into this very extenuating circumstance.

That One Dramione Story That Everyone Has Read

When you ask anyone who’s been in fandom recently about Dramione, even if they don’t read it, they probably know about Isolation by Bex-Chan. Nominated for a bunch of fanfiction awards when it came out, this story is long and hard and somehow sweet. How can it be sweet when one of the main characters is a bigoted asshole? Well, read it and find out.

The real Carry On

Okay, so not really (no vampires in this one), but if you want to read a Draco-Slash-Harry fanfic set in an AU Seventh Year in which two boys accidentally end up married after arguing in a doorway, you’ll want to read Bond.

If I Had Made A Different Choice

In this particular Harry Potter fanfiction, not only do Hermione and Draco have to share a common room as school Heads, but here, our buddy Draco has Amnesia. Two tropes in one!

Hogwarts Is Over And The World Is Terrible

Better Off Forgotten is some serious darkfic with some serious dubcon (what with the whole, “she’s been obliviated and I’m going to pretend to be someone else because I can’t procreate with purebloods” thing). If that sounds like your thing, have at it.

“Epilogue? What Epilogue” (EWE) (AKA For The Person Who Wants To Wipe Cursed Child From Their Brain)

The Politician’s Wife holds a special place in my heart as one of the first Wizarding World fics I read in which the main characters were no longer teenagers. Started before the release of Harry Potter and the Deathly Hallows, this story jumps more than twenty years after Hogwarts, to a future in which Draco Malfoy and Hermione Weasley (though he refuses to call her anything but Granger) work for the Ministry of Magic.

Chronicling the correspondence and adventures of Messrs. Moony, Wormtail, Padfoot and Prongs, The Shoebox Project has had a huge following for over a decade, resulting in extensive amounts of fan art and even spinoff stories. (Kotaku did a huge write-up recently on how this classic Harry Potter fanfic has held up to the test of time. Answer? It totally does.)

The Marauders Era But Not Those Dudes

If I had a voice I would sing is the story of Narcissa Black and Lily Evans back in Hogwarts. Warning: it’s a WIP. Who knows how long you might have to wait for any kind of resolution, however sad it will be.

Save The Romance, Just Give Me An Awesome Side Character

Desk Duty is a one shot with a special place in my heart. Join Madam Pince in Year Five as she is visited by the High Inquisitioner. As a librarian, I am all about this little story.

Seekers Of Love. Dude. Seriously. All The Tropes. (And All The Tags, too! I love AO3 tags!) NotDead! Cedric. Soulmates. OT3. Black Hermione. Half-Desi Harry. All of it. Also a WIP, but is pretty regularly updated.

Bonus: A Rabbit Hole To Start In

I can’t pick one thing so here, have all of the stories in Archive Of Our Own that are tagged Black Hermione Granger. (I will point out that while some of these began long before Noma Dumezweni was cast as Hermione in Harry Potter and the Cursed Child, having her to use as inspiration definitely helped kick these up a notch. Still, racebent characters—and even stories featuring the canon characters of color—are few and far between in the already-very-white fandom that features well over a million fanworks.) Here, there’s art; there are canon-based stories and stories that feature queer and neurodiverse characters. Pick something and start reading.

You never know what fanfiction stories you might encounter that could just disappear if, say, the author moves to traditional publishing. Once upon a time, there was a trilogy of epic proportions called The Draco Trilogy (that I won’t link because the author technically wants it to not exist on the internet) that ended in a Draco/Ginny pairing. Snappy redhead and an angry blonde in a secret battle to save Mundanes…I mean Muggles…from the megalomadman who wants to rule the world. Hmm. Sounds familiar.

Where to find even more Harry Potter fanfic

On fanfiction.net alone, there are six hundred thousand individual Harry Potter fanfiction stories. On Archive Of Our Own, there are over 160K more (though some of them are crossposted). You can also go on Wattpad or Tumblr or Reddit to see even more.

Of course, there’s even more fun stuff. See how an AI would write about the wizarding world here. Or, check out some great graphics showing the favorite ships in the HP fanfic world.

If there’s a pairing you want to read about like Draco and Hermione or Harry and Hermione, I guarantee it exists. If you want to read something that doesn’t have a romantic pairing, you can find that too.  And, if these aren’t doing it for you, you’ve got a very deep rabbit hole to dive into.

Have fun! Good luck! (And share your favorite Harry Potter fanfiction in the comments!)