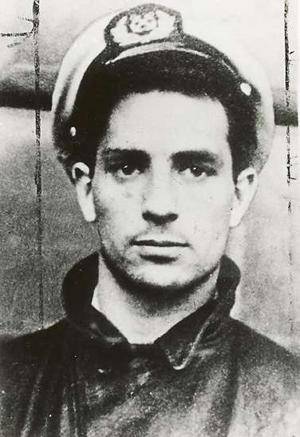 I love rediscovered books. I imagine them moldering in attics, basements, cellars; secret caverns of domesticity. Hidden away with latent value, waiting to be discovered. More precious than treasure.

That’s, of course, if they’re good. It’s kind of a roll of the dice sometimes. Unfinished books, even if they aren’t lost, can often times be muddled and disjointed. Just think of last year’s The Pale King by David Foster Wallace. Great bones, sure, but there’s a coherency missing. The previously unpublished And The Hippos Were Boiled In Their Tanks, a joint effort by William Burroughs and Jack Kerouac had its moments, but seemed bloodless and awkward compared to both authors’ later works.

Still, the idea of discovering books intrigues me. It’s an admittedly romantic notion. Just another layer of mystery plopped down on top of the even deeper mystery of narrative itself. And that’s why I’m so excited about the new Kerouac book published on March 20.

I’d first heard of The Sea is My Brother while reading a pretty hefty Kerouac biography. Apparently it was an autobiographical novel that he wrote while serving in the Merchant Marines during the second World War. The 21-year-old Kerouac wrote this 240 page book by hand while actually still at sea. And it seems like it has all the makings of a classic Kerouac yarn: travel, spiritual ravings against a materialist world, loneliness, bars, lovelorn quests, the search for Bliss.

It’s probably not a great introduction to Kerouac. For kids, that book would be On The Road. For adults, either Big Sur or The Subterraneans. But Kerouac fans are going to have a lot to look forward to, even if it’s just the chance to see some early Kerouac learning to work the ropes. The Kerouac super-fans who have been exposed to all of his “deep cuts” have probably already heard him sort of perform sections of this book in audio recordings. Something I’m looking forward to in it is his description of the urban decay, the dilapidated wharfs and shotgun shacks along the banks of the Hudson. No one was more of a natural at hinting at our temporality than Kerouac when he was describing urban decay.

So yes, I’m very excited to read this book. Let me know if you have any favorite rediscovered or previously lost books! I kind of wish every author hid a few in the floor boards, just for fun.

Unusual Suspects Newsletter
Sign up to Unusual Suspects to receive news and recommendations for mystery/thriller readers.
Thank you for signing up! Keep an eye on your inbox.
By signing up you agree to our Terms of Service
Check out Book Marks, a reading tracker inspired by Bullet journaling!