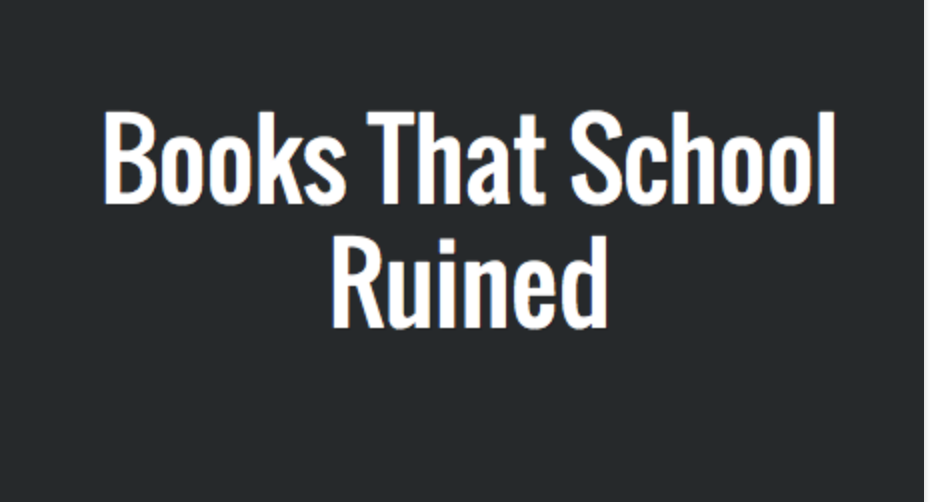 George Eliot’s most famous doorstop Middlemarch is getting a lot of love these days. The Paris Review featured a panorama of its sprawling plot. Then came its retelling via Facebook. Both seem great, innovative ways to reanimate the novel. Eliot’s fusty arch-pedant Casaubon would undoubtedly have disapproved.

And yet, I watch this mini-revival as if through the wrong end of a telescope. It all seems distant, unexciting. You see, when I hear or read the name Middlemarch, something strange happens. My ears fill with cloth. A fugue possesses my mind. I twitch. I become distracted. A force field keeps me at arms length. You may have similar reactions to certain books – an inability to engage with something that everyone agrees is great. I can trace this Middlemarch dissonance back to the year 1997. Reader, I studied it at school. Education killed it.

Don’t get me wrong. If it weren’t for the Northern Irish education system I wouldn’t have been reading and loving Shakespeare, To Kill A Mocking Bird, The Crucible, Philip Larkin, Dickens or W.B. Yeats by the time I was 16. For that I am eternally grateful.

But somehow Middlemarch didn’t set fire to our adolescent minds. It became the albatross that all English students carried. Initially it was because of its size – when you are 16, large books equal dull. But once we started reading, its massive canvas and lugubrious pacing made it appear infinitely more daunting. We wanted drama, executions, sex. Instead we got a satirical send-up of provincial Georgian life. The only cause of death was old-age, all romance was chaste, and the historical tumult of the time was cruelly missing. Middlemarch committed the most heinous of crimes to a teenager – it was boring. The few fellow students who professed they actually liked it were shunned and mocked. Even the bookish can bully.

Over two years we studied it, bled it dry, sucked what marrow there was out of it. By the time of the exam our essays on the folly of Casaubon’s work The Key To All Mythologies were learned joylessly by rote. Aged 18, I consigned Middlemarch into the mental folder marked ‘necessary evils of this world,’ alongside removal of wisdom teeth, having to hang up your uniform after school, rugby training on a wet Saturday morning in January, and realising the girls you fancy will always like the school bully much more than you.

And there it has stayed. When I hear that Julian Barnes and Martin Amis, two writers I like, proclaim Middlemarch to be the best book written in the English language, it seems like they’re talking about a different novel to the one that turned my English classes grey. Maybe Virginia Woolf was right. She was a huge fan, describing it as “the magnificent book that, with all its imperfections, is one of the few English novels written for grown-up people.”

Grown-up people is right. I met Middlemarch too early. It’s like when you take a gulp of soup before it has cooled down, burn your tongue, and are unable to taste the rest of the bowl. I frazzled my palate on Middlemarch. I was under-prepared both as a person and a reader. It’s nice to think the education system thought otherwise, but it was wrong. I am sure this is not an isolated incident. What great books did you burn your tongue on by having to study them at school?