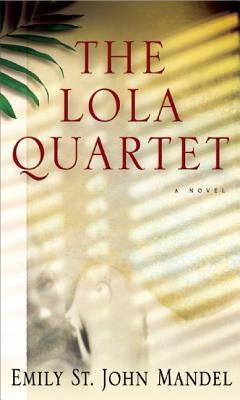 Emily St. John Mandel was born on the west coast of British Columbia, Canada. She studied dance at The School of Toronto Dance Theatre and lived briefly in Montreal before relocating to New York. Her third novel, The Lola Quartet, is out now from Unbridled Books in the United States and McArthur & Company in Canada. Her previous novels are Last Night in Montreal and The Singer’s Gun. She is a staff writer for The Millions. She has an essay in the recent anthology The Late American Novel: Writers on the Future of the Book (Soft Skull, 2011), and her short fiction will appear in Venice Noir, an anthology forthcoming from Akashic Books in 2012. She is married and lives in Brooklyn.

BOOK RIOT: What are you reading?

Emily St. John Mandel: I am between books. I just finished Luminous Airplanes by Paul LaFarge. I started last night The Buenos Aires Quintet by Manuel Vasquez Montalban; it’s one of these books that just appeared in the mail, it’s from Melville House. I try to read one book at a time. Inevitably I start something else! I average 1.5 at a time. I don’t always finish books that I start–I try to stick to the 50-page rule.

EM: That’s a good question–yeah, a lot of them! Like every other writer, I wish I had written A Visit from the Goon Squad by Jennifer Egan. It’s so adventurous, she takes such risks… I feel like you have to keep pushing yourself..

EM: Another resissue, After Midnight by Irmgard Keun, which is really about civilian life in Germany after WWII. The language is really beautiful, the book just combines this beauty and simplicity with a lot of power to it in describing a moment that we don’t read a lot about. I also often recommend Dan Chaon’s Await Your Reply, a novel with the most dazzling structure.

BR: Are there any books you think everyone simply has to read?

EM: I feel like everybody should read Salinger’s stories of the Glass family. What I’m always looking for is anything that’s beautifully written with a strong plot: Chaon falls into that category. So does Roberto Bolano.

BR: Who are your greatest influences as a writer?

EM: I know there must have been some, but I’ve been writing all my life, so I have a tough time choosing. However, I can tell you some books that intensified my love of reading, and those were the volumes in Susan Cooper’s The Dark Is Rising series.

BR: Which book do you re-read regularly?

EM: I don’t re-read books very often. There’s a book that I’ve read a couple of times called Spurious by Lars Iyer. But I deliberately don’t go back to books. To put it bluntly, I feel like I really don’t have time.

I do blurb; I don’t do it very often, it’s a difficult thing to navigate and can be an incredibly awkward conversation. I feel like it’s an honor, though, when somebody thinks your name belongs on someone else’s book.

EM: I read mostly on the subway I have a long commute to my day job, I’m there five days a week, and read for an hour each way on the F train. I’ve really only been reading print books. I feel like I spend so much of my life staring at screens, it’s really nice to take a break.

BR: Which book has changed your life?

EM: I did read a book once, Random Family by Adrian Nicole LeBlanc, that changed the way I thought about some social issues, some things I hadn’t understood about urban poverty. Norman Mailer’s The Executioner’s Song changed the way I wrote–that incredible lucidity and simplicity in the prose had an influence on my writing style.