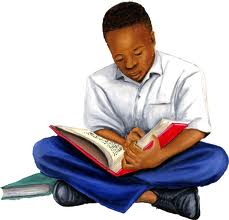 Every time I take my my nephews, The Tibbles, to the library I think of Book Riot’s own Jeff O’Neal.

The Tibbles, affectionately named from the troublesome twins in the “Arthur” show based on the book series by Marc Brown, are a rambunctious crew ages ten, eight, and seven. They were given the name when there were only two of them. It stuck in that year before the third one came along.

Since I’m spending a majority of my summer babysitting The Tibbles, I had to come up with ways for us to spend time constructively. While they’d be more than happy spending all their time playing Minecraft or LEGO Batman 2, I’m a mean Aunt Bad Lady and want them exercise more than their thumbs.

So on the first day of summer break we marched right on down to the local library and signed up for their summer reading program. It served two purposes, not only will it get The Tibbles reading, it also allowed me to get that library card I promised I would get. Yay me!

Now, as a woman who possesses no children of her own I had happy, ridiculous daydreams of how our time at the library would go. The library would be dappled in sunlight (which it is because Minnesota recently remodeled many, many of their libraries and they are all gorgeous) and I would share some of my childhood favorites with The Tibbs. They would eagerly accept my recommendations and we’d spend the summer laughing about Ramona or the cleverness of Encyclopedia Brown.

Feel free to laugh at my delusion. I do.

First, every time we walk into the library they head straight for the computers as though I didn’t just pry them from various electronic devices before we left their house five minutes ago.

Second, this is where Jeff comes in, because he asked, in a discussion we were having about the label “Fiction for Men,” how do we get men to read fiction?

I, of course, had no answer. I don’t know how we get men to read fiction. While I knew this was a problem. I had no idea how early it started. Why? Because The Tibbles and I fight over fiction every week.

They just don’t want to read it. At all. Ever. Or at least that’s what they claim.

“Fiction is for babies,” Nolan, the eight-year-old, claimed.
“Fiction is boring,” Cade, the ten-year-old, said.

“I don’t want to read fake books,” Liam, the seven-year-old, said one day while I tried to usher him over to the fiction side of the library.
“They’re not fake,” I said. “They’re fiction.”
“Why would I read fake books when I could be learning real facts?” he asked.

My short lecture on the use of imagination and how you can learn things about life in fiction was lost on him. I’m not even sure he heard it because he was too busy trying to find a book about penguins.

I was stunned by this anti-fiction sentiment coming from my nephews. Where did they even learn this? Their mother isn’t much of a reader on her own but reads to them every night and I know my ex-brother-in-law hasn’t read a book since he was in high school, so I doubt it came from them.

Is this something they picked up at school? I have no idea.

What I do know is that despite their protests when we have reading time, Cade picks up that Goosebumps book first, and last week Liam got all ‘fake’ books. When he discovered the “Club Penguin” series of books he chose were Choose Your Own Adventure his mind was blown. “It’s like a hundred books in one!”

So it’s not that they don’t enjoy fiction, it’s that fiction has gotten a bad rap. Already. In elementary school. Why is that?