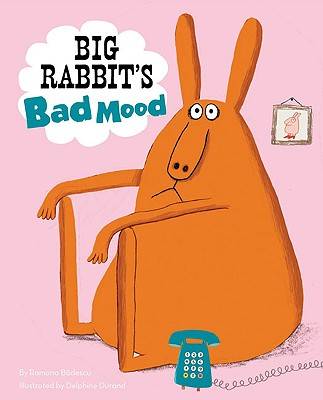 In Growing Up With …, Jenn features picture books, middle reader, and teen books linked together by concept or theme.

Call it a case of the Mondays, the blues, a dark night of the soul, Worst Day Ever–we’ve all had them. And if you’re anything like me, you use books as an escape from your own brain. But it has to be the right book — anything too cheerful, too optimistic, and it will just make you feel worse (and also possibly make you throw said book, which is sad for all parties involved). Sometimes you need No One Understands My Woes Grump, a la Edgar Allen Poe; sometimes it’s I’m Actually Insane Grump, of which Gillian Flynn is a master; Kill It With Fire Grump, of the action-packed monster-smashing Jim Butcher flavor, is a personal favorite. And let’s not forget the Everything Bad Happens to Me Grump that made Philip Marlowe the star he is.

It’s easy to name full-grown grumps, of course. But how about for the younger set? On the grounds that misery loves company, here are three of my favorite moody young’uns. Meet Big Rabbit, who could give Alexander (of the Terrible Horrible No Good Very Bad Day) a run for his grumpy money. His bad mood follows him all around the house (literally) as he tries everything he can think of to make it go away. He even tries calling all of his friends! But no one answers, and his day is just completely ruined. Until, that is, he finds out why his friends haven’t been answering their phones. Bonus: Big Rabbit does one of the best Charlie Brown impressions I’ve ever seen in a picture book written by a French-Romanian.

Category ID: 477
Category ID: 13193
Category ID: 468
What’s Up in YA? Newsletter
Sign up for What's Up In YA? to receive all things young adult literature.
Thank you for signing up! Keep an eye on your inbox.
By signing up you agree to our terms of use Milo is young to have the chronic grumps, but he manages it regardless. He’s bored, anxious, and not so sure about this whole adventure thing. You’d think following a reluctant character around a magical world would be a bit of a slog, but you’d be so wrong. And even though Milo learns a great deal about himself during his journey, this book never gets overly lesson-ee because the characters are So. Much. Fun. Who needs a rabbit with a pocket watch when you can have a Watchdog who is actually part watch? Or a wicked witch when you can have a Which named Faintly Macabre? You can hit dozens of grumpy YA heroes and heroines with a rock from any corner of the genre, but one of my all-time favorites is Katsa. She’s got a lot to be surly about — her uncle uses her as his own personal enforcer, everyone is terrified of her, and while her gift means that she’s good at hurting people she’d rather be doing anything but. And then this new guy comes into the picture, some stupid Prince who seems to be just as good at fighting as she is, who knows things he shouldn’t know, and who is absolutely driving her crazy (in both good ways and bad). Katsa excels at the aforementioned Kill It With Fire Grump, and I am not going to lie to you, dear readers: I have, more than once, thought, What Would Katsa Do? Granted, I can’t actually do any of it, but it’s a fun mental exercise.

Honarable Mention: Oscar the Grouch, who taught so many of us what it means to be truly grumpy.