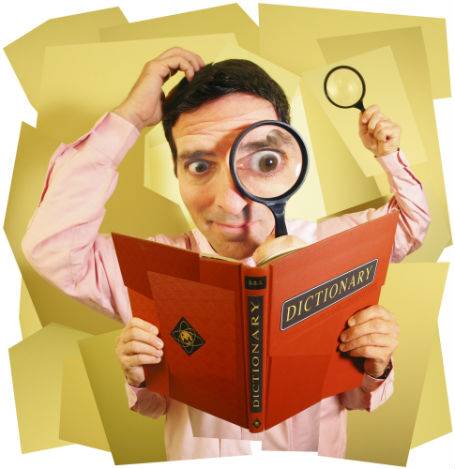 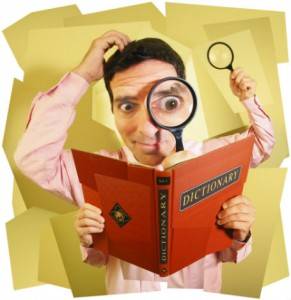 If you’re a word-lover, or you write a regular word-related post for a magnificent book-related blog, or you’re just a geek, all like me, then you might find yourself subscribing to numerous language, grammar, usage, and new-word news alerts. And if so, you will have noticed that for more than two weeks now, the international word-oriented press has been atwitter (and on Twitter and everywhere else) with the news that not one but two noble names in the dictionary world—Oxford and Merriam-Webster—have recently updated their lexicons with some pretty modern jargon. For example, see here, here, here, here, here, here, here, and here. Oh, and here. Here, too.

For the most part, these reports take the gee-isn’t-this-interesting-and-here-are-a-few-hip-words-from-the-list-of-new-entries angle. Some don’t necessarily have a problem with the official recognition given to terms like “F-bomb,” “sexting,” “aha moment,” and “life coach,” but simply bemoan what they say about our society:

“Obesogenic” describes an environment that tends to make people obese. Since when does the environment create obesity? We create our own environment. My kitchen certainly could be considered obesogenic. I love chocolate covered graham crackers, but they do not jump into my mouth. I choose to eat them or not. If I become obese, it is my fault not the kitchen’s responsibility. Have we come to the point that we take the blame for nothing we do?

But some commentators seem almost angry that a dictionary would lower itself to include such “ridic” ramblings of the proletariat (such as here and here).

So I guess we have to go over this again.

I can be as guilty as anyone of peeving, and I once generated a little bit of heat here by appearing to agree with an assessment that not every word is correct, irregardless of whether it’s in the dictionary. However, in my very first post for Book Riot, I wrote about how the creator of the very first English dictionary realized that our language is an everyday glimpse of who we are and who we are becoming, and that even Samuel Johnson learned to love—and respect—the language as we know it, and as we use it.

Every time the dictionary is updated to reflect our language as it is, there will be those who scream “Say it ain’t so!”—though they are probably still bitter over the inclusion of “ain’t,” which was added to Webster’s Third New International Dictionary in 1961.

The blunt John E. McIntyre at You Don’t Say sums up the lessons to be (re)drawn here as well as anyone possibly could, so I’ll let him have the last word(s):

Item: Dictionaries are for looking up things you don’t know: meanings of words and their spellings and pronunciations and origins.

Item: Dictionaries record what words people use and how they use them. A dictionary may advise you that a word is widely considered slang or casual or offensive, but it doesn’t tell you whether or not to use them. You have to make your own choices.

Item: Dictionaries collect new words and new meanings because when they are new, not everyone knows them and some people will have to look them up. And if they fade out of current use, someone in the future is going to have to look up what they meant back in the day.

Item: Carrying on about the inclusion of words you don’t like in the dictionary makes you look like a fool.

Okay, actually, I’ll leave the last word(s) to you: Do you have a problem with any of this?