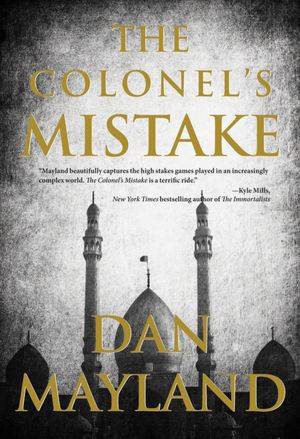 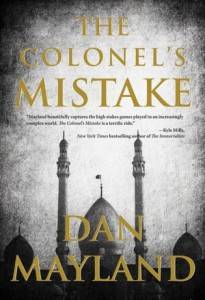 This installment of Riot Recommendation is sponsored by The Colonel’s Mistake by Dan Mayland.

Mark Sava, former CIA station chief of Azerbaijan, lives a quiet life as a professor at Western University in the city of Baku. But his peace is shattered by both the assassination of a high-level American during an international oil conference and the arrest of CIA operations officer Daria Buckingham for the crime.

Sava knows the Iranian American Buckingham well—he personally trained her—and doesn’t believe she had anything to do with the murder, so he visits a CIA control center to discuss the situation with the new station chief. When no one answers the outside intercom, Sava overrides the security code and stumbles upon the grisliest scene of his career. Now, he can’t help but wonder if he really knows Buckingham as well as he thought…

Jason Bourne and Alex Cross may be the spies du jour, but readers’ fascination with subterfuge in the name of national security is hardly new. After all, Double-Oh-Seven himself (Bond, James Bond) began between the pages of a book! In this edition of the Riot Recommendation, we want to know all about your favorite clue-following, interrogation-conducting, crime-fighting super spies.

So, what are the best books about national security, intelligence, and the spy’s life?