This week has been particularly awesome in terms of books coming into my house, thanks for the arrival of an online order and a trip to a very well-curated used bookstore, but not so much for books going out. I’ve had so many books in progress for the last few weeks, I’m just barely going to get one finished. But, on to the books! 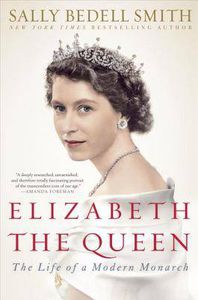 Elizabeth the Queen by Sally Bedell Smith — After Downton Abbey on Sunday, my PBS affiliate played the first part of a BBC series on Queen Elizabeth II called The Diamond Queen. I’d never given much thought to Queen Elizabeth before, but she appears to have had a fascinating life since she took the throne in 1953. I immediately looked up some biographies and ended up buying this one to read soon.

Paper Trails by Peter Dexter — Paper Trails made it on my radar after I saw it mentioned in They’re (Paper) Ba-ack last week. The book contains 82 of Dexter’s best pieces from his work as a newspaper columnist in the 1970s and 1980s. As a journalist myself, I couldn’t resist buying a book with the subtitle “True Stories of Confusion, Mindless Violence, and Forbidden Desires, a Surprising Number of Which Are Not About Marriage.” 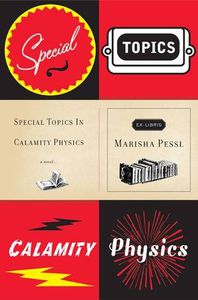 Special Topics in Calamity Physics by Marisha Pessel — I bought this book about three years ago at a used bookstore after, somewhere, reading some great reviews. Since then, I’d managed to forget everything about the plot and lose the dust jacket for the book. Rather than looking up a summary, I decided to just go at this one blind and have, so far, really loved it. Technically, I’m only about 75 percent done, but since it’s the only book I’m close to finishing, it goes here. The book is about a group of high school students and their enigmatic teacher who, we learn in the first chapter, eventually hangs herself. It reminds me a lot of Donna Tartt’s The Secret History, but with a much quirkier protagonist in the teenage Blue van Meer. 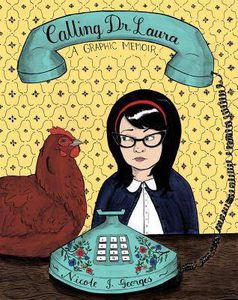 Calling Dr. Laura by Nicole J. Georges — Although I am not always a person who goes for dysfunctional family memoirs, I can’t seem to resist them in comic book form. In the book, 23-year-old Georges learns from a psychic that her father — whom she has always believed to be dead — is actually alive, and that her family has conspired to keep him a secret. This, predictably, sends Georges off the rails and she turns to Dr. Laura Schlessinger for help. I’m really not sure how this one is going to go, but I can’t wait to pick it up.

News, new releases, and must-read forthcoming titles.
Thank you for signing up! Keep an eye on your inbox.
By signing up you agree to our Terms of Service
#Fiction#Inbox/Outbox#Non-Fiction