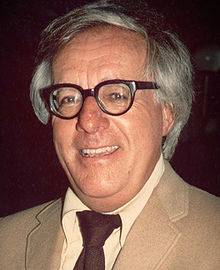 Second, on Virginia Woolf’s birthday last week, a popular misquotation got passed around (the quotation is not “For most of history, Anon was a woman” but “I would venture to guess that Anon, who wrote so many poems without signing them, was often a woman.”)

“If you want to know what the Lord God thinks of money, just look at those to whom he gives it.”

Actual quotation: “You may know how little God thinks of money by observing on what bad and contemptible characters he often bestows it,” from Man and The Gospel by Thomas Guthrie.

“There are three kinds of lies: lies, damned lies, and statistics.”

Actual Quotation: The quotation in this case is accurate, but Twain himself borrowed (and credited) the line to Benjamin Disraeli.

“We cannot live only for ourselves. A thousand fibers connect us with our fellow men; and along these fibers, as sympathetic threads, our actions run as causes, and they come back to us as effects.”

Actual quotation: “Ye cannot live for yourselves; a thousand fibres connect you with your fellow-men, and along those fibres, as along sympathetic threads, run your actions as causes, and return to you as effects.” by Henry Melvill in “Partaking in Other Men’s Sins”

“Go confidently in the direction of your dreams.”

Actual quotation: “I learned this, at least, by my experiment; that if one advances confidently in the direction of his dreams, and endeavors to live the life which he has imagined, he will meet with a success unexpected in common hours. . . . In proportion as he simplifies his life, the laws of the universe will appear less complex, and solitude will not be solitude, nor poverty poverty, nor weakness weakness.” Still, Thoreau, but considerably longer.

Actual quotation: “Heaven has no rage like love to hatred turned / Nor hell a fury like a woman scorned.”

“I disapprove of what you say, but I will defend to the death your right to say it.”

Actual Quotation: The quotation is correct, but it was actually one of Voltaire’s biographers who wrote it.

“There are worse crimes than burning books. One of them is not reading them.”

Actual Quotation: Quotation is correct, but Joseph Brodsky wrote it.