Usually when I approach Buy, Borrow, Bypass I like to have a theme, a sort of thread that connects the books I’ve read. But then I also like to not spend two months slogging through a single book. *Glares at The Orphan Master’s Son.* So the only thing these three books have in common is that I’ve recently read them. 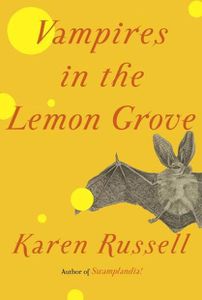 Vampires in the Lemon Grove by Karen Russell

If I were clever, I would write this entire mini-review to the tune of J. Geils Band’s “Centerfold.” I bet Karen Russell could do it, she’s clever as hell. You kind of have to be to make a story about former U.S. Presidents being reincarnated as horses work on more than just the ha-ha presidents as horses level. And she does. Russell has the wonderful ability for mixing the magical (sad old vampires, mysterious scarecrows) with the mundane (a touristy lemon grove, a New Jersey neighborhood) to create stories that are not only fun to read but kind of kick you in your heart at the same time. She’s good, but that’s not to say this collection doesn’t have a few clunkers including an over-long snoozer about a masseuse and a solider with a giant back tattoo. But still, even Russell’s snoozy stories are better than some books. 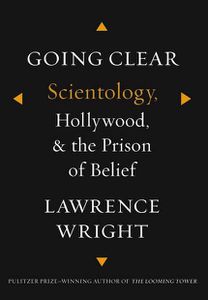 Going Clear: Scientology, Hollywood, and the Prison of Belief by Lawrence Wright

Oh. My. LRonHubbard! This book is a delectable, sugar-coated treat composed of science-fiction writer delusions, religion, and Hollywood gossip. So good. So creepy. So the kind of book you want everyone you know to read so have someone to talk about it with. Lawrence Wright has done his research and he goes way back to Hubbard’s childhood, his flirtations with the some Aleister Crowley cults, and the shyster-y shenanigans he pulls on the way to establishing the sci-fi-like religion called Scientology. And then there is there is the religion itself, the religion of Hollywood bigwigs and people we’ve never heard. The religion that believes that you go through an in-between period after you shed your human body where you have to report to Venus to get your memory erased. Yeah. And I haven’t even gotten to the isolation, the imprisonment without cause or trial, the paranoia, or the money and the power. Hoo boy!

Verdict: Borrow. I’m showing my fiction bias here. This is a great book for the looky-loo aspect, but I dunno if it’s worthy of the permanent collection. 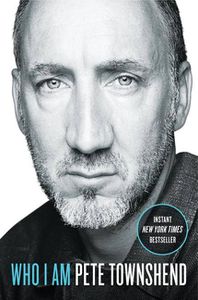 Who I Am by Pete Townshend

Before I diss on this memoir by Pete Townshend of The Who, I have to tell you I listened to the audiobook version of this one. Pete reads it himself, and he does a very good job, and his self-deprecating laughter throughout is charming as hell. Sadly, that’s not enough to hang on to as you wade through the miasma of boring paragraphs about Marshall stacks and studio equipment and the myriad houses and boats Pete bought throughout his long career. Man, this guy totally needed a strict editor. I listened to this one for my Rock & Roll Bookclub, and it starts with Pete being born in 1945 and then eight hours later you’ve only made it to 1972, and at that point I wanted to die. Or kill Pete. I wasn’t sure. And then after finally, finally reaching the end of the audiobook there are eleven minutes of acknowledgements. I quit there because if I had to listen to one more minute of Pete wanking on about something I wasn’t going to be responsible for what happened next.

News, new releases, and must-read forthcoming titles.
Thank you for signing up! Keep an eye on your inbox.
By signing up you agree to our Terms of Service
#Buy Borrow Bypass#Features#Fiction#Non-Fiction#going clear#karen russell#pete townshend#scientology#vampires in the lemon grove#who i am