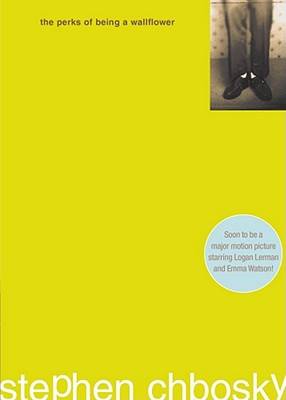 One of the more pleasant surprises on Book Riot Readers’ Top 50 Favorite Novels, at least for me, was The Perks of Being a Wallflower by Stephen Chbosky. A tender novel about Charlie, a mixed up teen who writes letters to anonymous person chronicling his first year of high school. Now, it’s been some fourteen years since I read the book and while I intended to re-read it before writing this, I got all cheater-y and watched the movie instead. Boy howdy, I’m glad I did. The movie is excellent. Like, surprisingly good and moving. Two thumbs up.

So, you didn’t come here to listen to me wax on about how much the movie made me cry, you came here wondering what books you should read after finishing The Perks of Being a Wallflower. Well, have I got some suggestions for you. 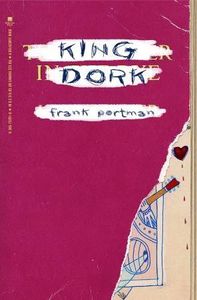 King Dork by Frank Portman: Of course. I recommend this book to every music-loving, used-to-be-a-misfit-maybe-still-is book nerd I know (and to a lot of them I don’t know). What makes ‘Dork’ such a great follow-up to ‘Perks’ is that it’s really, really funny, and who doesn’t need a few chuckles after the emotionally wrought ‘Perks?’ Everyone, that’s who.

While main character Tom aka Chi-Mo is just as introspective and unsure as Charlie, he’s more sardonic than melancholy. It’s got the same great books/music nerdery in it, but with a more humorous bent. Plus, Tom’s absolute dislike of The Catcher in the Rye is totally hilarious. Also, interjected throughout the narrative are all Tom’s band-name ideas for the band he keeps trying to start with his best friend.

Aside: In the summer of 06 when I first read King Dork I promised everyone who bought it based on my incessant chatter that I would buy the book from them if they didn’t like it. I didn’t have to buy back a single book, which is amazing because my entire bookclub read it. 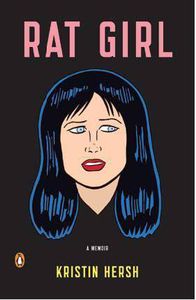 Rat Girl by Kristin Hersh: It’s really hard to write about the wonder that is Hersh’s memoir without getting a hazy smile, eyes-half-closed look on my face. Ohhh, yeah, Rat Girl. Hersh, for the uninitiated, was the lead singer of Throwing Muses. This book chronicles 1985-1986 the year Hersh was diagnosed with bipolar disorder, her band landed a record deal, and she became a single mother at the age of nineteen and it’s so fucking good that I died a little after reading it.

I’ve read a lot of books on Rock & Roll. A lot. And nobody even comes close to writing about music the way Hersh does. So why this one? First, it’s a female perspective on music and what it means to you as a teenager. We don’t get a lot of that, especially in memoir. Which is ridiculous. Just last week I went in search of great rock & roll memoirs and stumbled upon Rolling Stone’s greatest memoirs ever list. Of the twenty-five books they listed two were by women (lucky for them this Hersh book was one of them).

Second, did you miss the part where I said it was really good? It is! 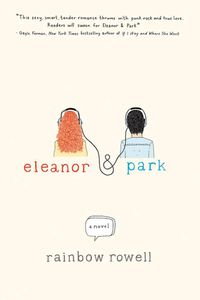 Eleanor & Park by Rainbow Rowell: This is a relatively recent read for me, and like the others on this list music and (comic)books play a vital role in the lives of the characters as well as being the thing that brings them together. I’m still in the afterglow of reading this one and can’t quite write about it yet without all the effusive praise that tells you nothing but how much I liked it. This one finds two misfits overcoming their shyness to fall in love on the school bus of all places. Eleanor, a big redhead from a bad family, is the new girl who sits next to Park, a Korean-American punk rock loving kid who does not want the new girl to sit next to him. The tenderness of their love story still makes my heart beat goofy, all these weeks later. So much goodness here. This is book is the perfect mixture of the melancholy ‘Perks’ and the hilarious ‘Dork.’ Yowza, doesn’t that sound delicious?

Also, because I cannot resist: If you want some more “grown-up” fare ala Perks, go for The Song is You by Arthur Phillips and A Visit from the Goon Squad by Jennifer Egan. In the mood for non-fiction? Our Band Could Be Your Life is one of the best books about indie rock and roll written thus far.