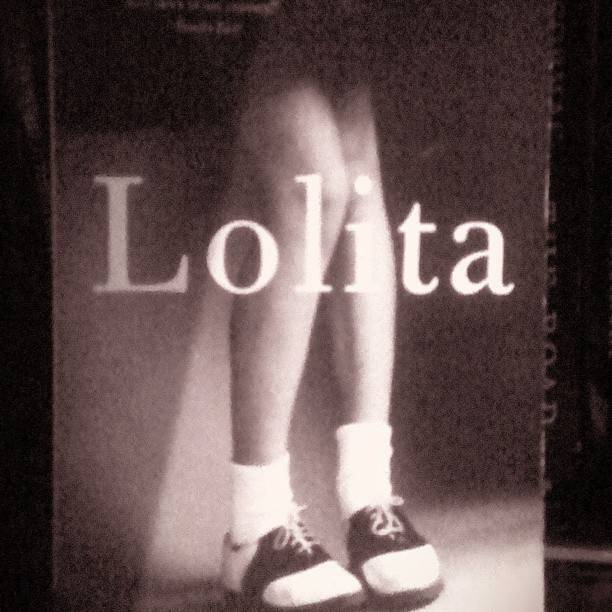 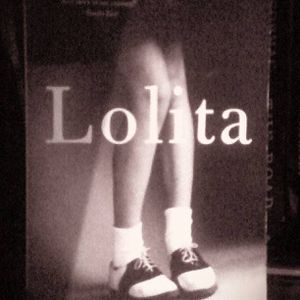 For your voyeuristic pleasure, here’s a grainy shot of my copy lurking in a shadowy corner of my bookshelf.

Lolita is one of the most beautiful books I’ve ever read, and it made the list of Book Riot Readers’ Top 50 Favorite Novels, so I know that a lot of people agree with me about that. But it’s also one of the most disturbing, and not just for its subject matter, but because the beauty is what you emerge from its pages remembering. It’s unsettling when an author has that kind of power over his or her readers, and Nabokov certainly does, from the opening line onward: “Lolita, light of my life, fire of my loins. My sin, my soul.” Did you get chills? I did.

When I began thinking of what I should suggest reading next, I considered books I knew had similar old man/young girl relationships but also beautiful language and/or engaging writing.

These recommendations might come in handy for those days when it seems that feeling psychologically well is the enemy.


These two books (almost always presented in one volume) comprise probably the best-known and most-discussed account of old man/young girl fascination in literature. Often, such a reading comes as a shock for those who hold the Disney version dear. There are good arguments for both sides: some think Charles Dodgson, a.k.a. Lewis Carroll, was merely young at heart and found children, specifically Alice Liddell, to be kindred spirits; others believe that he was a pedophile and that his interest in children, particularly Alice, was not at all benign. (And it’s pretty widely known that he proposed marriage before she came of age and promised to wait on her.) (And the photos he took of her were also questionable.) Whether you believe Dodgson/Carroll’s intentions were innocent, a little skeevy, or totally creeptastic, it’s difficult to read his Alice tales the same way after reading Lolita. The parallels are all too clear.


Category ID: 1372
Category ID: 473
Category ID: 479
True Story Newsletter
Sign up for True Story to receive nonfiction news, new releases, and must-read forthcoming titles.
Thank you for signing up! Keep an eye on your inbox.
By signing up you agree to our Terms of Service
(Trigger warning for survivors of sexual violence. I can’t stress this enough.)
Fragoso’s memoir is a haunting and extremely disturbing glimpse into the life of a young woman who spent her childhood under the spell of an manipulative but charismatic abuser who taught her (through the process of grooming) to be his perfect victim. Tiger, Tiger is scary and sad and awful to hear account in the victim’s voice (some reviews even called it Lolita’s side of the story), but there is power and catharsis in telling the tale as she recalls it, and in doing so graphically and unflinchingly. The title’s reference to Blake is something of a “why?”; it also interestingly mirrors Humbert Humbert’s repetitive name. A difficult but worthwhile, well-written read.

Lamb by Bonnie Nadzam
This novel is as compulsively readable as it is repulsive. David Lamb, under the assumed name of “Gary,” convinces eleven-year-old Tommie to travel west with him, attempting also to convince himself that he has not abducted her; that, rather, he has taken her away from a miserable life to give her adventure instead. Tommie acquiesces but we see it’s because Lamb (through his calculated language) becomes increasingly manipulative and leading. We wonder how Tommie will remember the trip and Gary’s affections, which he believes to be benign on all counts. Nadzam offers glimpses of the future at infrequent but crucial points throughout the narrative, and these glimpses guide our feelings about Tommie’s experience, an entirely different one from Lamb’s.

*totally count as one, not two

(And yes, I left out Reading Lolita in Tehran, but you should totally read that one, too.)