Lexicon by Max Barry–Imagine X-Men plus The Magicians with a side of Nick Harkaway, and you’ve got the vibe of Max Barry’s latest, in which the magic isn’t found in flash-bangs and superpowers but language, persuasion, and the power of words. Young people who show an aptitude for talking others into doing what they want them to do are recruited to a secret academy, where they’re trained to identify people’s personality types and “compromise” them–break them down using nothing but the right words. The best students graduate to become “poets” and work for a secret organization that conducts all manner of experiments and not-always-above-board operations.

In the book’s present-day, we follow a poet named Eliot (his alias comes from none other than T.S. himself) who is attempting to track down Virginia Woolf, another poet who has gone off the rails and caused major damage (and three thousand deaths) in Broken Hill, Australia. The narrative alternates between Eliot’s narrative and flashback chapters that show us who Woolf was before she was a poet, how she was recruited, and what caused her to flip. There are supervillains, devious plots, and trickery aplenty in this dysopian thriller, and word nerds will delight in Barry’s linguistic details.

Verdict: BUY. And then cancel all your plans because you’re not leaving the house until you finish this. 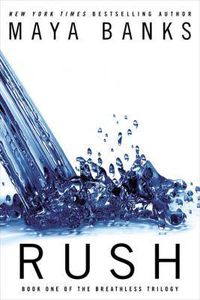 Rush by Maya Banks–24-year-old Mia Crestwell isn’t completely virginal, but she is pretty vanilla. That is, until she finally hooks up with her longtime crush Gabe, who just happens to be one of her older brother’s best friends and business partners. Gabe is a well-dressed billionaire who is used to getting what he wants, and what he wants is what my good friend Ludacris would describe as “a lady in the streets but a freak in the bed.” Gabe likes it rough, and he gets Mia to agree to sign a contract that makes her the submissive partner in a BDSM-focused relationship. And OH BOY, Mia has no idea what she’s in for. But neither does Gabe, because of course (OF COURSE!) he breaks all his own rules and falls in love with her.

The plot here feels vaguely reminiscent of a certain uber-popular work of Twilight fan fiction, and the writing is perhaps even weaker and more repetitive. Erections always “strain” at pants, characters are constantly “damn” certain of something or other, ladyparts are flower-like, delicate folds, and Gabe, poor Gabe, just can’t control himself around Mia. Their relationship is poorly developed–they’re all of a sudden in love with each other, despite the fact that they never spend any page-time doing anything other than boinking or angsting about boinking–making this read more frustrating than it is fun. The only thing it aroused was my intense desire for better editing. 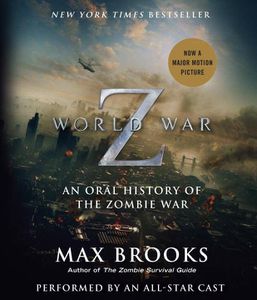 World War Z by Max Brooks (Audiobook)–Okay, maybe I’ve watched the Brad Pitt-filled movie trailer a few too many times, but I was totally expecting this to be Action-Packed Zombie Fighting, not the oral history that (ahem) the title promises it will be. Presented as the compiled interviews a researcher conducted with specialists and government officials after The Zombie War, each section of this story is voiced by a different narrator, and the cast is bang-up awesome. The survivors’ tales are heavier on theory and history and day-to-day moments in the aftermath of the War than they are on zombies, making this a relatively quiet read, or listen.

The production is excellent, and the all-star cast give remarkable performances. I like a little more action in my audiobooks, something to keep me engaged so I don’t space out while driving or walking. That’s a me problem, but I do wish the book were marketed a bit differently to give readers/listeners a better idea of what to expect.

Verdict: BORROW, unless oral histories are your jam. 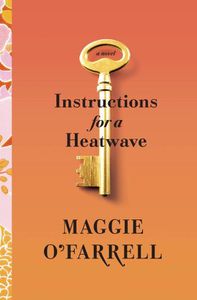 Instructions for a Heatwave by Maggie O’Farrell–It’s 1976, and Britain is in the middle of a heatwave. Gretta Riordan’s husband of more than 40 years, who is recently retired and notably restless, leaves the house to go pick up a paper and doesn’t return. When Gretta realizes several hours later that he’s not coming back, she calls her children, and the three return to the family home to support their mother and solve the mystery of where their father went, and why. Their father, though, isn’t the real center of this story–O’Farrell uses his disappearance to get her characters into the same room and force them to face down longheld secrets, resentments, and misunderstandings. And the result is dazzling.

This is a remarkable study in family dynamics and an insightful examination of marriage, intimacy, and the ways in which even the people to whom we are the closest remain, in many ways, unknowable. O’Farrell’s talent is on full display in this perfectly paced story about that place between the truth and lies where most of us live.

Verdict: BUY. And if you loved Maine and Seating Arrangements, buy it twice and share one.