In a very real way, the Fourth of July is a huge, national holiday celebrating a piece of paper and a scribble of ink. Yes, the celebration is for what that paper and that ink did—ideologically and politically, if not practically or militarily, separate the colonies from Britain—but it’s still, at heart, a celebration of paper and ink. I think it’s underrated as a bookish holiday, so here are four Fourth of July books (well, sort of) to help you celebrate:

The Unknown American Revolution by Gary Nash  For quite a long time, and especially in the middle of the twentieth century, the dominant way that historians told the story of the nation’s founding was by focusing on elite white men (“Founding Fathers”) and on political ideology. As you might guess from a trip to your local bookstore’s History section, and its shelves full of Founder biographies, this is still the case in a lot of popular histories of the period. But since the 1970s, academic historians have increasingly turned to other characters—sailors, slaves, women, Indians—to tell a story we only thought was familiar. Nash has been at the forefront of this movement to rethink the story of the American Revolution, and The Unknown American Revolution is his unruly, exciting effort to tell that story from the bottom up. It’s a densely-packed, fascinating blast to read.

The Whites of Their Eyes by Jill Lepore Americans tend to have a keen sense of their past, but that sense isn’t always, well, accurate. And no part of American history is more used, or abused, than the Revolutionary period. Particularly in the past few years—as pocket Constitutions, tricorner hats, and tea bags have found their way into American political activism—the late eighteenth century has been the ground on which battles over early-twentieth-century politics are fought. In this book, professor and New Yorker staff writer Jill Lepore offers a history of the far right’s misuse of history, both contextualizing and devastating contemporary Tea Party claims on American origins. Written in her characteristically compelling voice, Lepore’s book (itself a product of a particular moment, in 2010) is an urgent, passionate claim to re-remember and reimagine U.S. history. Whether you agree with her or not, The Whites of Their Eyes offers a fantastic opportunity to consider how we think about the past when we celebrate national beginnings.

The Coquette by Hanna Webster Foster An epistolary novel published a good twenty years after the signing of the Declaration of Independence might seem like a strange book to include on this list, but stick with me. Foster’s novel, based roughly on a true story, tells the tale of Eliza Wharton’s (failed, disastrous) attempts to assert her independence while being courted by two men. Told in letters exchanged among Wharton, her suitors, her and their friends, and her family, the novel is gossipy, soapy fun. It’s also a fascinating look at how ideas of “virtue” shape and constrain the possibilities of independence, a crucial question in a period when political and sexual virtue were intertwined and interdependent. (John Adams, for example, referred to another epistolary novel where a rake disgraces a young woman when he said, “Democracy is Lovelace and the people are Clarissa.”) This is an opportunity to explore and understand the world the Revolution had made, a world in which the nation was free, ostensibly, but many of its people were not. 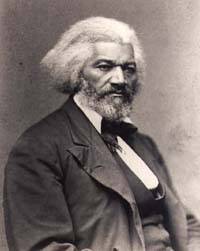 “The Meaning of the Fourth of July for the Negro,” by Frederick Douglass

This last one is a bit of a trick. It’s not a book, but it is one of the most powerful, most moving speeches in American history. Invited to give an oration in celebration of the Fourth of July, Frederick Douglass delivered a blistering exploration of the gaps between American ideals and American slavery. “Americans!” he declared, “your republican politics, not less your republican religion, are flagrantly inconsistent.”  With rising anger and gorgeously-wrought language, Douglass flays the fiction of American liberty and turns a sharp eye and a sharper tongue on its ironies and hypocrisies. And, most touchingly to my ear, the phrase “fellow-citizens” beats like a drum throughout. This is a wish and an epithet, a glimpse of what could be as a reminder of what isn’t. This is political oratory at its finest—it offers a chance to see the highest glory of American letters while, at the same time, reflecting on the muck and mire of American injustice.

News, new releases, and must-read forthcoming titles.
Thank you for signing up! Keep an eye on your inbox.
By signing up you agree to our Terms of Service
#Features#Fiction#Lists#Non-Fiction#epistolary novels#essays#frederick douglass#Gary Nash#Hannah Foster Webster#history#Jill Lepore#oratory#speeches#The Coquette#The Unknown American Revolution#The Whites of Their Eyes