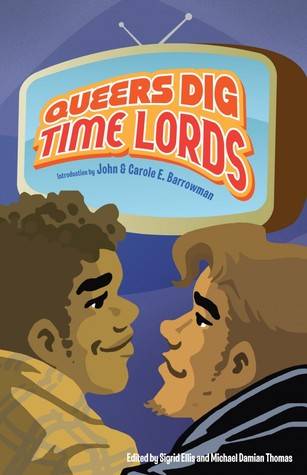 For all your Pride needs! Okay, so not ALL your Pride needs, because have you ever BEEN to a Pride Parade? There are a hell of a lot of different queer needs, honey, and I’m only one person with one little brain.

But here are at least some recent and forthcoming queer reads in honor of both Pride and the recent victories here in the US from the Supreme Court. I mean, if you have time to read between all the gay weddings. 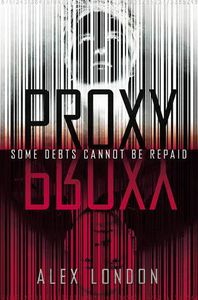 Proxy was just published this month, and brings with it promises to be the Next Big Dystopian Thing. In Alex London’s future world, there are Patrons and there are Proxies. Patrons get to do whatever the hell they want, and when they mess up, it’s the Proxies that take the fall, whether that be taking a beating or getting thrown in jail. Things get interesting when one Patron, Knox, decides to run away with his Proxy, Syd, in an effort to escape the system. Haha boys! Bet that’s gonna go well! 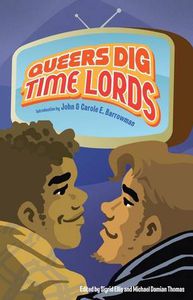 Here’s the thing, though–they really do! And to my knowledge, this is the first book that really lays out many different theories of exactly why the queer community is so drawn to Doctor Who. Understandably, there’s a lot of love for Captain Jack–John Barrowman himself assists with the introduction–but there’s a lot more, too. There’s sweet stories about falling in love via Doctor Who fandom, there’s impressively nerdy analysis of exact episode gayness, and then how that gayness compares to, say, Star Trek gayness. There’s talk of the old Who, and talk of the new regeneration, and talk of the dark years in between. Mostly, there’s a connection to a show where the sex drive of the characters is never the point, leaving both room for imagination and an encouragement of being whoever the hell you want. 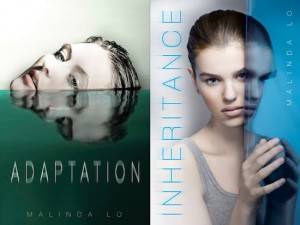 Coming in September, Inheritance is Malinda Lo’s sequel to her excellent 2012 Adaptation. It’s hard to say a lot about this sequel without spoiling the first, but let’s just say if you’ve ever been interested in reading a compelling YA sci-fi story involving a bi-sexual love triangle, DING DING DING, this is it. Also: Area 51 and aliens. That’s all I’m saying. For fans, Lo is also releasing a companion novella in e-book form in September called Natural Selection, told from the point of view of Amber, who is part of aforementioned love triangle, and I may be biased in saying she’s the best part of it, but she is. 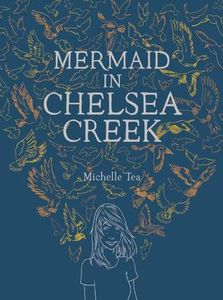 Michelle Tea, co-founder of spoken word/publishing group Sister Spit, is something of a lesbian literary legacy, yet this new fantastical YA novel of hers was released so quietly last month that I only recently heard of it. As it’s published by McSweeney’s, though, I’m sure it’s beautifully done. The first novel of a trilogy, it takes place in a setting Tea has tackled before–the rather downtrodden streets of her hometown of Chelsea, Massachusetts. But in this version of Chelsea, there may be a savior hiding among its inhabitants, and that savior just may be a foul-mouthed mermaid who speaks to a down and out girl named Sophie. Mermaids and poverty? Sign me up! 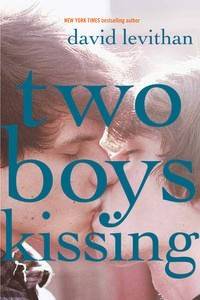 Coming in August, Two Boys Kissing is the latest of many queer YA reads by the powerhouse Levithan, except this one in particular has caused quite a stir because the cover reveals–gasp!–two boys kissing. I know, what a kooky idea! I’ve read almost all of Levithan’s previous work, and I believe his writing gets better with each one, so I’m looking forward to this. He’s also achieved some major crossover appeal over the last few years through his collaboration with John Green on Will Grayson, Will Grayson and through his fascinating and layered best seller of last year, Every Day. 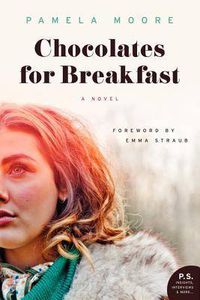 Originally published in 1956, this coming of age novel is getting a fancy revamp from Harper this month. It was apparently written by Moore when she was a teenager herself, attesting to the life of young privilege in the ‘50s, including plenty of feminist and queer undertones. From the synopses I’ve read, I like to picture it as a cross between The Outsiders and Gossip Girl. So basically, perfect. 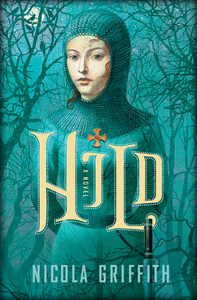 I’ll ‘fess up and say that Hild, not available until November, is the selection I know the least about, so I can’t attest for sure whether the main character is queer or not, but many of Griffith’s past works are lesbian favorites. Either way, who doesn’t love a good historical novel with a strong female protagonist? 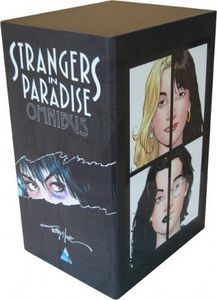 This one’s cheating just a wee bit, as there’s no new material here, although Moore has promised a new Strangers in Paradise story, in novel format, due out next year. The story of Francine and Katchoo is without a doubt the most epic queer graphic novel/comic of our time, and in July, you can get it in a badass box set for the first time. And it’s only $100! By the way, does anyone want to lend me $100? 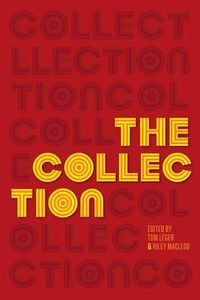 The 25th annual Lambda Literary Awards held this month were reported to be the most trans-friendly ceremony yet. Can I get a hallelujah! I think a healthy dose of credit for that should go to Topside Press, a new independent publisher dedicated to telling transgender stories. Their first two works, The Collection (winner of a Lammy) and Imogen Binnie’s Nevada, are only signs of continued excellence to come. 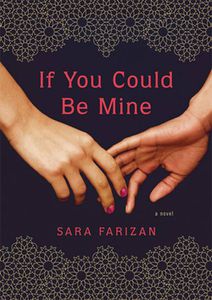 If You Could Be Mine, Sara Farizan

Available in August, this debut novel by Farizan tells a story of two young women in love, but with a fatal flaw–living in Iran, where homosexuality is illegal. Soon one of them, Nasrin, is arranged to be married to a man. Our protagonist, Sahar, will do anything to stop the wedding, including contemplating gender reassignment surgery, which strangely enough, is legal. As a man, Sahar could finally make Nasrin hers, once and for all. There were parts of this novel that frustrated me, much of which I think had to do with wanting it to be longer, with more fleshed out character development. But am I still glad that it exists? Heck yeah.

What other recent or upcoming reads have I missed?