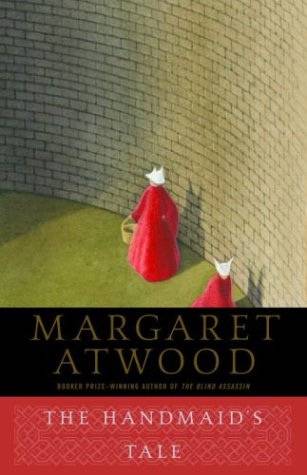 This post is part of our Margaret Atwood Riot Reading Day, a celebration of one of our favorite authors on the occasion of the publication of her new novel, MaddAddam. Check out the full line-up here.

I had the chance, once, to put my money where my mouth was. It was an experience not unlike being woken in the middle of the night by a foreign noise in your home and having only seconds to decide whether you will grab the baseball bat from the corner and walk toward the sound or hide in the closet instead.

My 110 eleventh graders were reading Margaret Atwood’s The Handmaid’s Tale, and one of our administrators had notified me that the parents of one of those students had contacted the superintendent directly to complain about the assignment and, of course, demand that the book be removed from the curriculum, the school, the county, and, if possible, scrubbed from the fabric of their child’s brain. I told the administrator that I would gladly meet with the parents to discuss their concerns.

This was a lie on two fronts. For one, I wasn’t glad about any of this. And for another, I was using a broader definition of the word “discuss” which includes indignant shouting and fist-shaking. But meet we did. I could tell you that, with Darrow-like precision, I cut away the heart of their argument and led them into the green pastures of enlightened understanding, but two lies is enough for one paragraph. No one shouted, minds and hearts failed to transform, and we promised nothing more than to revisit the policy allowing for alternate novel assignments if requested. Shortly thereafter, I was asked by a very supportive administrator to draft a statement detailing my rationale for selecting the novel in the first place so that if anyone else, including district-level personnel, expressed concerns about the book, the statement could be given to them in lieu of dragging me to more meetings.

This is what I wrote:

My selection of Margaret Atwood’s The Handmaid’s Tale for study in my AP Language and Composition classes has come under scrutiny, related primarily (though not exclusively) to a passage which includes explicit reference the sexual assault of a woman enduring forced servitude in a dystopian, totalitarian future. I would like to take this opportunity to provide a cogent rationale for my selection of the book in response to the concerns expressed by some parents.

To start, it is worth noting that The Handmaid’s Tale is used in high school and college classrooms across the nation. A cursory internet search reveals its inclusion in AP Language and Literature curricula in Texas, Massachusetts, Ohio, California, and Kentucky. Margaret Atwood is included as a representative author in the AP Language and Composition Course Description, and The Handmaid’s Tale has been repeatedly referenced as a text of literary merit on the AP English Literature exam. The novel’s reputation as a valuable piece of North American literature and an essential addition to the canon of speculative fiction and science fiction is well established.

That said, I did not select The Handmaid’s Tale for study simply because of its reputation. I read the book twice before assigning it. The passage that has caused the most concern caught my attention when I read the novel, as it is meant to. The scene is shocking, the language explicit. However, it is not without literary purpose. The novel’s main character and narrator is subjected repeatedly to degrading, oppressive treatment simply because she is a woman. In Atwood’s attempt to capture the horrors that exist in places where women’s rights are ignored and women themselves treated, as Atwood’s narrator puts it, as “incubators with legs,” she uses graphic diction. Rape is horrific, obviously, and Atwood’s words reflect that. Though the image is explicit, it is not arbitrarily so. Just as pictures of the naked, starved, tortured victims in Auschwitz are explicit, yet may edify our understanding of their plight and our resolution to steel ourselves against the possibility of their reoccurrence. Exposure to a shocking thing is not equivalent to promotion of that thing. If that were so, then The Iliad would be a promotion of violence and destruction, Adventures of Huckleberry Finn would be a promotion of racism, Beloved would be a promotion of infanticide, and Lord of the Flies would be a promotion of savagery.

The other major concern regarding The Handmaid’s Tale is its alleged “anti-Christian” outlook. It is true that within the novel, the militaristic ruling class uses snippets of Biblical scripture and hymns to provide justifications for their policies and actions. However, these snippets are often just that: portions of verses, devoid of context, used in a way totally counter to their original intention. Because citizens of the novel’s dystopia are forbidden to read anything, even the Bible itself, they have no way of investigating scripture for themselves. In The Handmaid’s Tale, the language of faith has been twisted and misappropriated for nefarious means, just as Ham’s disobedience was once used to justify slavery in the United States, just as Hitler claimed his genocide was God’s will. Understanding the capacity that humanity has shown to use false piety to validate oppression is a fundamental moral lesson in this novel, one from which students of any faith may gain a clearer understanding of man’s potential for evil.

I hope that these statements have provided some clarity about the concerns I have mentioned. I would add only that one of the functions of literature is to shed light into the corners of our world, even if what we find there is unpleasant.

Get your Read Harder mug on. 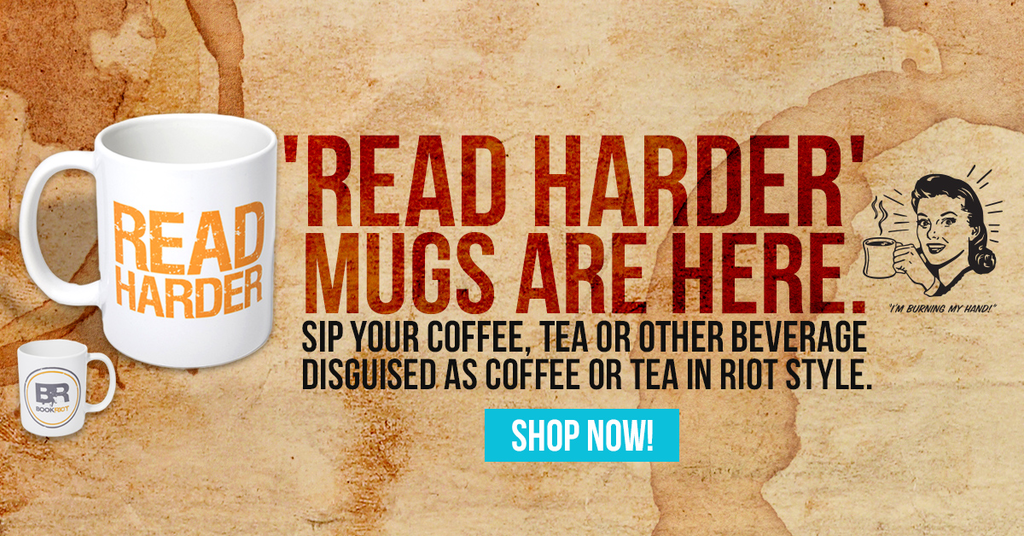