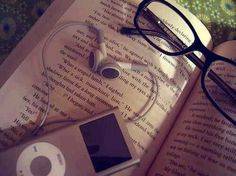 This was the inaugural post of The Audiophiles, a regular column in which contributors Rachel S. and Cassandra chat about the latest and greatest audiobooks on their radars.

A few years back, I found myself in a situation where I needed to fold 300 origami peacocks in a very short window of time, and audiobooks became my bookish shame as I secretly listened to Jim Dale narrate Harry Potter and the Goblet of Fire while making thousands of tiny creases. For most of my reading life, I’d been waaaay too snobby about books to even think about “reading” audiobooks. But these days, I’m a commuting librarian who reads just as many books via audio as I do by print or ereader, and it’s made me a bit of an audiobook evangelist. Because YOU GUYS, audiobooks! They’re amazing!  Think about your favorite podcast of all time, then think about bingeing on 20 uninterrupted hours of the very best episode ever. What’s not to love?

Yet many of my bookish friends still resist audiobooks, which completely bums me out. So here’s my heartfelt attempt to dispel some widely believed myths about audiobooks and hopefully coax the audio-curious among you to explore how amazing and wonderful and revelatory they can be.

MYTH #1: I’ll miss out on something if I don’t read the print.

BUSTED: Listening to an audiobook doesn’t have to be “cheating” or a “shortcut.” Think of it as watching the whole production on Broadway versus reading the play for your high school English class. Audiobook narrators often breathe new life into books with their amazing nuanced interpretations, which goes quadruple if it’s read by the author and the author’s good at reading out loud. I confess I never really got the big deal about Harry Potter when I read the series in print, but then I listened to the brilliant Jim Dale who finally brought J.K. Rowling’s universe alive for me through his characterizations and inflections. The audiobook brought it to a whole new level. (And his Maxime is the BOMB.)

BUSTED: Remember that Seinfeld episode from the nineties when George freaks out because his book on tape sounds exactly like… himself? The production value of audiobooks has gone through the roof since then. These days, celebrity actors, comedians, and even the authors themselves narrate books (and some readers have even become famous just for doing audiobooks). If you haven’t listened to an audiobook narrated by David Sedaris, Tina Fey, Patti Smith, James Earl Jones, or Matt Damon yet, you’re so totally missing out. Sure, the rare reader’s voice might occasionally drive you nuts. But don’t let that stop you from a whole wide world of amazingness. Check out the yearly Audie Awards for recommendations with surefire awesome production value.

MYTH #3: Audiobooks are for people who don’t really like to read.

BUSTED: You know the type… that soccer mom who joined a book club just for the box wine and grabbed a last-minute Sue Grafton audiobook for the family road trip to Yosemite. I, too, once stereotyped every single audiobook listener this way. Then I met Kelly. Kelly and I worked together at my very first library job, and I used to think she was a witch because she finished books so fast. She blazed her way through the American Library Association’s entire list of banned books in mere weeks. Then I realized Kelly wasn’t supernatural; she was just always, ALWAYS listening to an audiobook — in her car, on her Harley, while shelving new nonfiction at the library. Chances are if you know someone who reads more than you thought humanly possible, they are at least supplementing with audio. (Or they’re a witch.)

MYTH #4: I have no reason to listen to audiobooks when I can just read the print.

BUSTED: So there’s this new invention that lets you read without using your eyes or your hands. My absolute number one reason for loving audiobooks is that they let me keep right on reading whether I’m walking, running, driving, knitting, cooking, canoeing, or folding origami peacocks. And I do a lot of some of those things. With audiobooks, any activity that requires the use of your eyes and hands but not your ears is now potential reading time. How is this not every bookish person’s dream come true?!  Audiobooks let you maximize your reading time and READ ALL THE THINGS.

BUSTED: So this is both true and not true. I don’t read audiobooks curled up in bed or by the ocean or over a steaming cup of coffee on Sunday mornings. For me, these reflective moments call for a quieter kind of reading with a tangible bookish object. But one of my favorite kinds of audiobooks are memoirs, and the intimacy of listening to an author read her life story to me while it’s just she and I alone together in my car is epic. When rock goddess Patti Smith reads her memoir Just Kids, the rawness of her narration of loving and losing Robert Mapplethorpe chokes me up every time.

MYTH #6: It’s too hard to follow what’s happening in an audiobook.

BUSTED: I was a little disoriented when I first started listening to audiobooks. You almost have to train your ear how to listen to the narrative, and it can be frustrating not to be able to jump back and reread things you didn’t quite catch the first time (especially when there are lots of intricate puzzley plot twists). But if you can follow a radio show or a podcast, I PROMISE you can follow an audiobook, too. It might just take a tiny bit of practice. Some types of books are also just easier to listen to than others, so experiment a little. A lot of people say they really like listening to narrative nonfiction on audio.

MYTH #7: Audiobooks are too expensive.

BUSTED: Excuse me a moment while I slip into my public librarian hat… OK, there we go. So, any public library worth its salt is going to have an enormous audiobook collection of current sought-after titles. And if they don’t have the exact title you want, they’ll totally borrow it from another library for you. If they’re a really awesome public library (which, duh, is like all of them), they’ll typically carry audiobooks in multiple formats, including audio cds, mp3 cds (my personal favorite), and downloadable mp3s through apps like Overdrive and One Click Digital. I think I’ve only paid for one audiobook in the past five years, and that’s because I had a gift card and it was by Jon Ronson and I had to have it rightthisveryminute. All the rest have come from my wonderful library.

MYTH #8: I have snooty literary tastes and they don’t make those for audio.

BUSTED: Oh, you adorable bookworm you. I love the marginalia you tenderly scrawl betwixt the lines of Moby Dick and Ulysses, but never fear — you, too, can enjoy the audiobook experience. I just finished listening to William Faulkner’s As I Lay Dying narrated by a whole cast of characters, and whoo, damn! was it good. Audio made a perfect platform for Faulkner’s crazy-ass-stream-of-consciousness-Mississippi-backwoods-dialect, and Vardaman’s love for bananas really shone through. You might also enjoy the audio versions of Jesus’ Son (Denis Johnson), Tenth of December (George Saunders), The Age of Innocence (Edith Wharton), and To the Lighthouse (Virginia Woolf), just to name a few out of a million. And you can still take little notes in that Moleskine notebook you keep tucked in your back pocket.

Readers, are you already audiobook fans? Why or why not? Let us know in the comments!