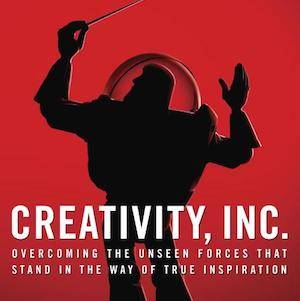 It didn’t start out on purpose, but so few things of great interest truly do. It was winter break, I had two kids kicking around the house for a couple of weeks and a world of crappy weather that I didn’t feel like going out into with them in tow, and it took about a day for them to go from “school week hyperactive normality” to “Lord of the Flies” so I did what I do and I put on a movie.

We watch a lot of animated films in this house. Partially it’s because of having kids, I guess, but mostly it’s because I have an obsession with animation that stretches back to long before either of the kids turned up. I know exactly when it started, in fact. On some terrible VHS tape, stretched out and slipping, I watched a clip of “behind the scenes” footage for The Lion King. A bunch of animators sitting around while a real lion was paraded past them, all of them looking at it intensely in a weird way (that is: they were staring at its joints, or the slope of its back. Animators are odd people, and I love them). This was fine and as a kid, I was probably watching for the lion to slip its harness and maul the animators. That failed to happen, of course, and the scene cut away to a man animating on an upright animation desk, light coming through the pages from behind. I have no idea what he was talking about, but he did something really interesting.

He had four or five pages with drawings on them and he had a finger between them all. While talking, he ruffled the papers back and forth, the drawings visible. Fluttered them all back and forth. And the goddamn drawing moved.

It floored me. If I had had an iota of drawing ability anywhere outside my brain (which is a drawing savant stuck in Gumby’s body), that would’ve been the moment I would have begun my animation career. Instead, it just floored me and I developed a love of animation that’s turned into an obsession.

So, fast forward to winter break, and I began plugging a Pixar movie a day in and watching with the kids. And as they would play, for the umpteenth time, I would live-tweet each one on twitter in exacting, exhausting, trivial detail until everyone began dreaming up murder plans.

Everyone except a friend who works at Random House, who evidently sees obsession and thinks he should enable the hell out of it, because he sent me a copy of a book called Creativity, Inc., by Ed Catmull and Amy Wallace. It was a book I hadn’t known existed, and a book which I read three times, cover-to-cover, before it was even released.

From everything I’m saying, you’d think Creativity Inc. is an animation-heavy book and maybe you aren’t as interested in reading about that as I am…but don’t worry. It isn’t, actually, and you really want to read this book. If you have the remotest interest in any aspect of art and creation and how people deal with both of those things, you’ll want to hit up this book.

Creativity Inc. is, yes, Ed Catmull’s loose narrative history of the founding and rise of Pixar, that behemoth of modern animation. In it, we get to follow the rise of the entire post-1970s film industry, we get a fascinating glimpse at how integral George Lucas has been to everything, and also maybe my favorite portrait of Steve Jobs I’ve yet gotten to read. It certainly speaks about him with a level of candid honesty and clarity I find refreshing, and is terrific.

And, yes, there is a history of modern animation in here, chronicling the rise of the computer generated movie and the world of traditional animation that existed back behind it. There’s the evolution of a lot of Pixar movies in here, too. It’s fantastic.

But while the book is a “Business Book,” there is so much more in here on the nature of creativity and how we all work. This book has more in common with Zen in the Art of Writing by Ray Bradbury and On Writing by Stephen King, two books which are considered cornerstone books on the artistic life and mental space.

Creativity Inc. delves into the tricky, knotty problem of how people create, what shuts them down, and how to prevent becoming a big business (as Pixar certainly is) without stifling the loose-knit nature of people working and playing which allows them to create truly remarkable work. Lots of us don’t work in big companies like Pixar, but plenty of us have big lives sitting on our shoulders, and that does just a good a job of stifling our creative lives as anything else might. There’s a lot in here for you, a lot of ideas on how to keep you working, and a fascinating musing nature about success. Ed Catmull seems inherently suspicious of success, in a way, and it’s easy to see how that suspicion has led to Pixar’s enormous success (and intelligence and variety and maturity).

And then I finished my movie-watching live-tweeting marathon and began live-tweeting this book, until people on twitter were confessing to crimes just to get me to stop. I didn’t stop. It’s that good of a book.

Buy this book. Bother your friends. Learn stuff. Then maybe do draw something on a handful of pages and riffle through them and watch it come to life. Animation is pretty amazing, is what I’m saying. So’s this book about it.