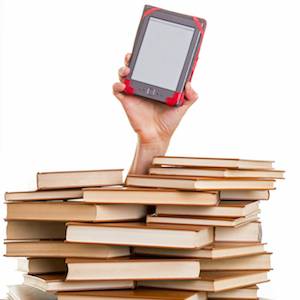 On June 3, I saw something so exciting on Twitter that I almost peed myself.*

Red Hen Press, whom I follow because they’re a very cool small press, announced that it had ebooks for sale at a place called 0s&1s Novels. I took a geek-moment to appreciate the reference to binary code, and then I thought, wait–what the heck is 0s&1s Novels?

I cruised over to their site, which had a clean and navigable design. Before me lay a selection of ebooks from various small presses. Ah, I thought–an ebook retailer. I clicked on a book. I didn’t see a price**, which made me frowny (at first–all was explained later), but I was curious, so I added one to my cart to see the price.

SIX. AMERICAN. DOLLARS. This was an ebook from a press that I knew, complete with editing and everything, so I found the price of $6 very exciting. It’s a price I’m far more willing to pay, and more often, than $10 and up.

It turns out, 0s&1s sells every ebook for $6. The selection so far is small, but well-curated; alongside books that they published under their own name, you’ll find books from Red Hen Press, Curbside Splendor, Coach House, Dzanc, and several other presses. Not their full catalogs–it looks to be only two titles per press right now–but certainly enough to feed your reader. 0s&1s has ambitions to expand their line, though with the site being so new (as in, it launched today as I’m writing this), they’re still working to see what that might look like.

Did I mention, too, that the books are DRM-free? And that you get three (3) formats with each purchase? There are some indie presses that already do this on their own sites, of course, but to see it in a shop with multiple publishers is encouraging, however small.

What I found most interesting about 0s&1s was that they laid out, plainly (in a graph, even!), the differences in hardback book publishing, Amazon ebook publishing, and their own publishing models. By trimming down their overhead to a lean, mean fighting weight, and by taking a smaller cut, they’re able to offer ebooks for less money and give their authors or publishers a substantial cut: 80%, to be exact. Authors they publish will receive more per ebook than most traditionally-published authors do from hardback sales, according to 0s&1s.

I’ve been writing about the profit potential of ebooks for years and I’m very interested to see if this model works well for them. (Otherwise known as, I’d like to see if I was right.)

What of the books that they’re publishing under their own name? I reached out to 0s&1s and asked if their books undergo an editorial process; I suspected they did, but I wanted to make sure, because you never know, right? They do undergo the full publishing treatment, I’m happy to report.

So, yeah. Pitch me a tent because I’m a happy camper right now.

Are you as curious as I am to see what happens with 0s&1s Novels? What prices are you comfortable with for ebooks?

*This could have been due to iced tea more than excitement, I dunno.

**I apparently had to scroll past the part about every book being $6 to get to the thumbnails to click on a book. My method of shopping really does come down to “OOH, SHINY.”