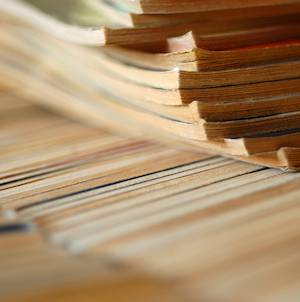 Perhaps because the buildup to San Diego Comic Con has warped their better judgment, the custodians of Marvel Comics’ digital catalog have pulled a limited time Wonka and are offering one month’s access to their Marvel Unlimited service for $0.99 (typically $9.99 per month or $69.00 per year). The offer is valid now through July 29th.

For those playing at home, you can’t buy a single print issue of a comic for that sum. Unless you’re reading this in the 50s, and in that case, how did you get a hold of the technology to intercept this missive? How is my grandfather Frank Montgomery doing, and what have you done to the time stream? Don’t step on anything!

The short answer is that this is a dandy of a deal in 2014, and if you have any interest in catching up with Spider-Man or Thor or Captain Marvel or Rocket Raccoon (soon to be a household name if not already, and if you’d told me that five years ago, I’d still be slapping my knee in hysterics to this very day), you should pull the trigger.

Is it as robust and streamlined a digital reading experience as ComiXology? Not so much. It also doesn’t allow you to download more than twelve issues to your devices for offline reading. You’ll need reliable internet access to make the most of your month, so don’t subscribe now if you’re planning on pulling a Walden for the month of August. Although, when you end up firing up that tablet and swiftly exhausting your twelve saved issues from the comforts of your otherwise humble lodgings in that Concord kettle hole, it’ll serve you right; that’s half-assed Waldening (and not a terribly Thoreau reading of the guidelines). Also understand that the newest items in the inventory of 15,000+ comics are about six months old. You’re going to need ComiXology or a quick jaunt to Husky Henry’s Comic Crypt for this week’s releases. If you stick with it and adopt the patience of a famously patient person, those new issues will eventually make their way to Marvel Unlimited. Until such a time though, you’ll probably be busy dolphin-kicking through decades of history. It’s not everything the House of Ideas ever published, but they included heaps of the great stuff. So. Where to start. My advice? Start anywhere. Even if you extend your stay at this co-op for a second month, you’re only paying 11 clams. You have time to explore. Hit the “Browse” button at the bottom of the app, navigate to the full, alphabetical list of titles available, and look for names you find interesting. You can sort by series title, character, creator, publication date, or even by event. Maybe you’ve heard about the infamous “Civil War” storyline that pit hero against hero over the Superhero Registration Act debate. Now’s your chance to find out why Tony and Steve would want to say mean things to one another. You may even hazard into “Shadowland,” and walk away shaking your head. In the grand scheme of things, any unfavorable dalliances simply represent one of Lincoln’s nasal hairs on one of the 99 pennies that constitute your first month’s subscription. The fun will outweigh the “Onsalught.”

And here’s the thing: You might totally dig those two events. And that’s awesome. Just because they’re at the bottom of the list for some doesn’t mean they’re at the bottom of yours. This is as good a time as any to find out what works for you and what might not. The more you poke around, the more insight you build on what names and motifs you’ll want to look for in the future. The more preliminary exploration you do on the ranch, the less you’ll eventually be scraping your boots on the stoop. Is a folksy thing I’ve just decided to start saying.

You probably still want some recommendations. Let’s take a look at some titles ideal for new and lapsed comics readers. Runaways
While Book Riot editorial favorite Ms. Marvel has yet to make the leap to Unlimited, new readers can familiarize themselves with an earlier work by artist Adrian Alphona. It’s also written by Saga’s Brian K. Vaughan, and he was just as deft with a cliffhanger back in 2003. This impressively self-contained series focuses on a group of teenagers who discover their parents are all totally, insidiously evil. They decide their best course of action is to take a cue from the series’ title. Sadly that does not involve singing covers of “Cherry Bomb.” to make up for that, there’s a velociraptor in it. These characters continue to play a role in the larger Marvel Universe today, most recently in the pages of Avengers Arena and its sequel Avengers Undercover. You might head there next. Thor the Mighty Avenger and Thor: God of Thunder
The Odinson is a surprisingly versatile character, and the modern renaissance sparked by his newfound popularity at the center of the Marvel Studios films reflects that range. If you’re looking for an Asgardian romance (and that extends to either definition of the term), Roger Langridge and Chris Samnee’s tragically short-lived Thor the Mighty Avenger might be the most charming title in the catalog. Presented largely from Jane Foster’s point of view, it’s a stellar depiction of Thor’s adventurous side, unburdened by the “Father! Why can’st thou love me?” pathos that might turn some readers off from the character. Now, if you’re looking for something raucously metal at the opposite end of the dial, you’ll want to check out Jason Aaron and Esad Ribic’s Thor: God of Thunder. The book roars with the bravado and pageantry of three iterations of Thor (shifting focus between the brash young Thor of the Viking age to the modern Thor of the Avengers, and the one-eyed, one-armed King Thor or the distant future. Its design sensibility speaks to the era of uncles’ vans airbrushed with wizards and valkyries. Crank up the Wolfmother and charge into battle against Gorr the “God Butcher.” Robert E. Howard is spinning in his grave, but it’s only because he wants to get out and read this business. Captain Marvel
The current Ms. Marvel, Kamala Khan, was inspired by another woman who originally took on that mantle. These days, ace test pilot Carol Danvers goes by Captain Marvel (a role previously held by a Kree gentleman named Mar-Vell). Of course, this Captain Marvel should not be confused with the DC Comics character, who they’ve taken to calling Shazam (who maybe might be played by Duane “The Rock” Johnson in an upcoming thing?). Comics can be ridiculous, but don’t let that stop you from falling head over heels for them.

Take Kelly Sue-DeConnick’s run on the title with a number of different artists (just wait until you get to the arc drawn by Felipe Andrade with colors by the sensational Jordie Bellaire; it looks like nothing we’ve ever seen in American superhero comics). You’ll find out why young Kamala decided to adopt Ms. Danver’s original monicker, and by the time the former shows up, you might want to don that trademark sash too. There’s a reason the run has amassed its own diehard following called the Carol Corps., and it has everything to do with the work DeConnick and Co. have done in building up the character’s ensemble, a diverse community that unfortunately represents a rarity in capes titles. All-New X-Men
After returning the Avengers to their rightful prominence over the course of several years, Brian Michael Bendis turned his attention to the other pantheon, the realm of the mutants. In recent years, the Avengers and the X-Men came out from their largely separate corners (you’ll find that prior line-wide events centered either on the Avengers or the X-Men, with little crossover) and engaged in some heated fisticuffs. Following their most recent conflicts, Scott Summers has become a militant outcast from other heroes, shepherding the mutant race further and further into the diaspora with him. With All-New X-Men, Bendis confronts the adult X-Men with all that they’ve become.

How? By showing them a live action version of their Year Book. He ushered Charles Xavier’s core group of teen X-Men: Scott, Jean, Hank, Bobby and Warren from the past and into the present (Using actual numbers gets murky here. The original tales of the young X-Men took place in the 60s. Bringing things up to date with the ever-sliding timeline, we’re probably talking about a jump from the 80s or early 90s to 2014). This is still going on. There are two Cyclopsessesssesss running around out there, and they don’t know what to think about each other. The story tag-teams between All-New X-Men and the most recent incarnation of Uncanny X-Men, eventually building towards the temporal tempest in a teapot of the “Battle of the Atom” event. If you’re that time traveler from earlier, reading this post from the 50s, this might be old hat. For everyone else, zoinks. From Daredevil #11, art by Paolo Rivera

Daredevil
Throughout the Unlimited catalog you’ll find a number of Daredevil titles, and the dividing line comes with the aforementioned “Shadowland.” When writer Mark Waid became custodian of the character after that dour event, he ushered in fun, swashbuckling tone that hadn’t been associated with the character for quite some time. Though Brian Michael Bendis’ landmark tenure definitely deserves a look, Waid’s ongoing run makes for a refreshing palate cleanser. Once considered Marvel’s brooding, gargoyle-affixed answer to DC’s Batman (Matt Murdock often shares that honor with Moon Knight), Daredevil is much quicker to smile these days. That’s not to say that the book isn’t a deeply affecting emotional roller coaster. Much of it centers on a frank and sometimes draining portrait of longtime cohort Foggy Nelson’s battle with cancer. Between the sharp, tonally rich scripts and exceptional art from Paolo Rivera, Marcos Martin, and eventually Chris Samnee (who knew the exploits of a blind lawyer would inspire some of the most exquisite visuals in the medium?), it might be Marvel’s best title of the past five years.

These are just a few starting points. Take a gander though. It’s a wealth of great content, and all for a buck. Let us know what series you’d recommend!