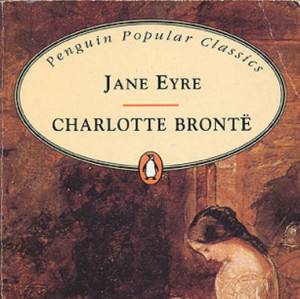 A few years ago, I wrote a silly post about literary confessions — one of which was that I frequently confused Jane Eyre and Jane Austen. It was mostly a joke, but also when I told people that in real life, they’d always look at me with that particular sympathy consistent only with a self-deprecating joke falling flat on its face (i.e., too stupid to be funny).

For penance, I decided I should probably read them both — so I knocked out Pride and Prejudice last year, and then just a few weeks ago, Jane Eyre. While of course it’s tough to come up with anything original to say about Charlotte Bronte’s tale of woe and redemption, I can certainly come up with five things I thought about the novel. So here you go (and normally, I’d say “caution, spoilers,” but this book’s 167 years old, and so well past the statute of limitations to require a spoiler disclaimer):

5. Jane Throws Shade — On page 33, not even 7 percent of the way into the novel, Jane tells her adopted guardian Mrs. Reed she hates her more than anyone else in the world except her idiot son. “I am not deceitful,” she says. “If I were, I should say I loved you.” This was the first indication that many of my long-held preconceptions (read as: misconceptions) about this story were pretty wrong. I thought, maybe this isn’t just a long-winded, ooey-gooey love story. And plus, that made me laugh, and I decided right then I was going to like this book.

4. Jane’s Friend Helen Imparts Life Lessons, Dies — Jane’s friend at the boarding school basically explains that you shouldn’t let shit bother you because we ain’t gonna be here long, and God awaits. “Why then should we sink overwhelmed with distress, when life is so soon over…?” That’s solid advice. So next time my boss forgets the attachment on an email or the dogs pee on the floor or the lady in front of me at the grocery store pays with a check, I’ll think of Helen. Hey, life’s short, and then you die. So just relax. It’s gonna be okay. Except, though, Helen proves the wisdom of her advice by dying young. That was sad.

3. Jane Weathers the Worst Guilt Trips — I was pretty sure I liked Jane quite a bit (see No. 5 above), but I knew I liked her after Mr. Rochester is caught in his web of deceit, (Dude’s married! And to a crazy lady! And she lives in his attic!), and his attempts to guilt her into running away with him anyway fall upon deaf ears. But I DOUBLE KNEW I liked her towards the end when Mr. St. John uses the most unintentionally comic (to a modern audience) guilt trip to get her marry him; paraphrased: Marry me, or God’ll be pissed at you. Strangely, this one almost comes closer to working than Mr. Rochester’s, but it doesn’t.

2. Speaking of Mr. St. John… — What a tool! I loved laughing at this chucklehead. And it’s too bad he’s so clueless, because his sisters seem nice. And that poor rich lady who is (improbably) in love with him seems nice, too. Good on you, Jane — even if took a touch of the supernatural to somehow hear Mr. Rochester calling to you in your head, and withstand St. John’s “unimpeachable” logic, wily advances, and a free trip to mid-19th century India!

1. Happy Endings Are Happy — It was rather an improbable happy ending, transcending time, space, and all known medical reality (Dude just starts seeing again? Now I see where Downton Abbey got the idea to have Matthew just magically start walking again), but how could you begrudge Jane her “happily ever after”? I certainly can’t. And I’m really happy I finally read this. Now onto Wuthering Heights. What? That’s Emily Bronte. Ah, crap.