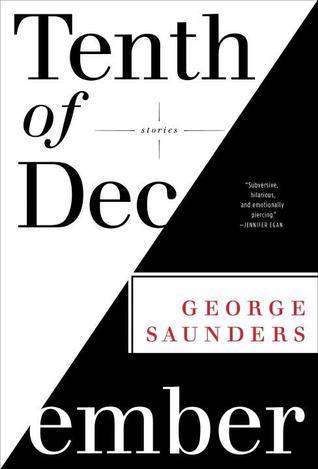 Each week Panelteers Chris and Ali sit down and chat about the CW’s newest superhero series, The Flash! So grab a cronut from Jitters and join the conversation. There will be spoilers. You have been warned.

Ali: So. Episode 2. What are our gif reactions? Here’s mine.

Chris: This is mine… but maybe just because I’m really focused on the puppy I’m getting tonight.

Ali: PUPPYYYYYY!!!!! Are you gonna name the puppy Barry?

Chris: I pitched multiple comics centric names, including Babs and Gwen. We ended up with Millie as in “Thoroughly Modern…”/“… The Model” (comics!!!)/the Lil’ Wayne song.

Ali: It looks like they’re keeping the “look at me being fast” voice-overs and Grant Gustin continues to be charming enough to pull it off. I just wanna squish his face! We also got a good amount of flashbacks in this episode a la Arrow. These scenes did a wonderful job establishing Barry and his relationship with Joe (I pretty essential theme to this week’s episode). And they felt more elegant and relevant than most of the Island scenes on Arrow.

Chris: He is legitimately adorable. I was really worried that he was gonna get the “let’s make him quirky for the internet” treatment but it comes off like he’s an actual person. It’s tempered by his righteous side, which we see flare up again in this episode. I’m kind of amazed at how rounded out he seems just two episodes in. We talked a bit last week about how much ground the show covered in the pilot and it looks like that pace is here to stay. We’re burning through a lot of the cliche moments that you’d expect from a superhero adaptation. It feels like they’re actively trying to just get that stuff out of the way so we can get on to bigger and better things. But yeah, I really like the voiceovers at the beginning. It’s something that can be terrible, but Gustin has enough charisma to pull them off. They set the tone really well.

Ali: No joke, my first note from the episode was HE IS SO ADORABLE I CAN’T STAND IT!!

Ali: So we really have to talk about Joe and Barry. Because there were a lot of feelings happening and Jesse Martin, man. Jesse Martin was so perfect. He does amazing eye acting (is that a thing? I’m making it a thing). In the scene where Joe confronts Barry and Team Science it looks like he’s all anger but his eyes are full or worry and protectiveness for “his kid.” And then when Barry shoots back his “You’re not my dad!” you can see the hurt and pain in Martin’s eyes. It was a really stellar performance. And a scene that builds not only drama but character development. It was just really well executed.

Chris: Yeah! Like I said, some shows might have stretched this arc out to a ridiculous amount of episodes, but the conflict was introduced, tied back to a flashback, and resolved (at least for now) in one episode and I’m super psyched about that. Gotta lodge my first legitimate complaint with the show, though. Kid Barry is not very good. I know you can’t expect a ton from a little kid, but in a cast where everyone is basically on fire, it really stands out.

Ali: This particle accelerator accident is a wonderful “excuse” for superpowers. It reminds me of that story about Stan Lee making the X-Men mutants because he was tired of coming up with origin stories. It’s such a simple solution and they’re really making it work in this show.

Chris: It’s more “Hellmouth” than “Meteorite” and I’m thankful for that. It doesn’t feel contrived. It feels like a natural extension of the world. They’ve done a good job of building enough of the world around it that it doesn’t feel like “Oh crap, we gotta explain why people have powers.”

Ali: I think it works because Barry is kind of Patient Zero for the fallout. Or he’s the first person we meet affected by this event anyway. And it’s such a huge thing that we see radiating outwards and screwing with other things that it makes it a believable part of this world.

Ali: Was it just me, or did that they big fight scene look exactly like The Matrix? Between the slowed down bullet dodging and the dozens and dozens of  Danton Blacks swarming around Barry. I mean, come on.

Ali: Iris and Journalism. I ship it. Also I feel like they’ve got to do a Chariots of Fire slow motion race thing at some point.

Chris: Only if they license the music. Only then. Speaking of running like a madman, let’s talk about THE TREADMILL.

Chris: Like, I know they drop that stuff in there just to trip those nerd switches off and normally I’m not a fan of it, but I am not made of stone, Ali. We have the seeds for the Cosmic Treadmill. You want to explain to our readers who may not be as versed in Flash lore why a dumb treadmill would have us so excited?

Ali: OK! So the Cosmic Treadmill is back from the Silver Age Flash comics and it basically allows Barry to travel through time. There are a lot of great John Broom/Carmine Infantino issues with the treadmill and 1960s sci-fi wackyness. Go listen to the Tom Vs.The Flash podcast for these stories.

Chris: I’m surprised it’s taken us this long to mention Tom Vs. The Flash. Basically, essential listening for Flash Fans.

Ali: Well, we did mention it the second recap so I think we’re good. Also, the Cosmic Treadmill plays a big role in the various DC comics Crises, which sadly never work out well for Flashes. And we know from last week that Wells has holographic newspapers from the future, so I think it’s safe to say we’ll see the Cosmic Treadmill doing it’s thing. Speaking of Wells… he has another HOLY CRAP cliffhanger moment this week. Although I pretty much died when he said, “He’s called The Flash. Or he will be.”

Chris: I am super down with Wells continuing to be the shadiest dude. I think we might be getting a little bit of Reverse Flash The Fanboy. Did you get the sense that him and Detective West have a shared history that we don’t know about? There was a weird weight to the “You and I both know we’re the only people cut out to defend this city,” bit.

Ali: I don’t know if it’s really history or Joe’s hunch that Wells isn’t what he seems. I think most of their history together is from the 9 months Barry was in a coma at STAR Labs. But I think there will definitely be some conflict between the two of them. And it will be delicious!!

Chris: Before we wrap things up, I just want to talk about how they’ve brought a favorite Flash thing of mine into this show. His Appetite.

Ali: YES! 850 Tacos! I loved that they brought this up and did it with SCIENCE. Although, I am concerned about Barry’s love of jalapenos on pizza.

Chris: Can’t wait until Barry is gonna have to beg Ollie for money just to keep up with his grocery bills. Maybe that’s the crossover!

Ali: I would love that crossover. But Cisco came in with the super protein bars, which will probably end up being a work around. And a kinda lame one because Flash protein bars? Really?

Ali: No way that is satisfying. Anything for the Lightning Round to leave us on a tastier note?

Chris: I bet money that Geoff Johns wrote that “I think the lightning bolt struck all of us,” Bit. It was a little groan inducing.

Ali: I would agree with that. And while it was sentimental and corny, I totally bought it coming from Grant Gustin.

Ali: We might need to change the title of these to “Ali and Chris Recap the Adorableness of Barry Allen”

Chris: “Barry Is A Solid Dude: The Series”

Chris: My last bit for the lightning round is that because I have a super weird schedule this week, I watched this episode at my mom’s. She’s normally not into this kind of stuff, but the second the episode ended, she wanted to know what night it was on. I think we’ve got a winner.

Team Flash will be back next week to talk about Episode 3 – Things You Can’t Outrun.