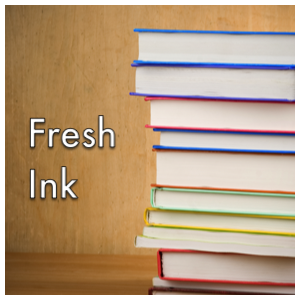 Before becoming a Panelteer, I hadn’t stepped foot in a comic book store in years. In the last decade, I had become a graphic novel junkie. I have built up a stout stash of these collected volumes via online retailers and used bookstores. Now that I’m writing about them, though, I thought it high time I start following some current titles again. So I created a list of titles to follow each month. I studied up on my local comic book stores and linked one up with my Comixology account.

It was a Wednesday. I brought my wife with me. She had never stepped foot into a comic book store.

Now, my wife was not a nerd when I met her. She still may claim to not be one. I have never tried to change this about her. But, she did have a pre-existing love of Star Trek: The Next Generation and Firefly. We fell in love with Doctor Who together. We love Harry Potter and the Marvel Cinematic Universe. When we saw Guardians of the Galaxy in theaters, it was with a shared mixture of excitement and trepidation. We loved the movie. She, in particular, loved Groot.

I know she’s not alone. Groot has become a cultural phenomenon since the movie released in late summer. T-shirts are adorned with his catchphrase, “I am Groot” or the one-off, touching variant, “We are Groot.” Toys of dancing and non-dancing Groots are flying off of store shelves.

We pulled up to the tiny store, packed as it was with more comic books than my wife had ever seen. I gave her fair warning: this would not look like the store she’d seen in The Big Bang Theory. The store would likely not be as aesthetically pleasing, but the clientele would be more diverse. She smiled knowingly. I did not marry a stupid woman.

So we wandered into the small store, buzzing with a dozen customers and new comic book day energy. A pair of dogs wandered behind the counter, happy for all the smiling faces and my wife instantly loved the place. To say she has a soft spot for animals is like saying The Great Wall of China is sort of long.

We meandered back into the store. This week’s new comics were laid out along the counter while the back issues were on a wall farther back. The opposite wall was line with more graphic novels and trade paperbacks than even I’ve ever seen in one place. She looked around with curiosity as I grabbed a few back issues.

I turned to my beautiful wife, “Is there anything you want to read?”

“Do they have Guardians of the Galaxy?” Hope sparkled in her eyes.

“You want to read more about Groot,” I said, not really as a question.

My wife just smiled. I grabbed the first and second trades from the shelves so she could start at the beginning of Brian Michael Bendis’ run, of which I’ve heard great things. She also grabbed something for me for Christmas. She gave some love and attention to the grateful pups and the owner recommended Cursed Pirate Girl to her. I picked up my first new issues in years. A stop for a quick hello and a $4 book turned into something much grander.

That night in bed, we read our comic books side-by-side. I read Shadow Show, Ms. Marvel, and Gotham Academy. She read about the adventures of Star Lord, Gamora, Drax the Destroyer, Rocket Raccoon, Iron Man (that’s still weird to me), and of course, Groot. I read it, too. We’ve added Guardians of the Galaxy to OUR pull list.