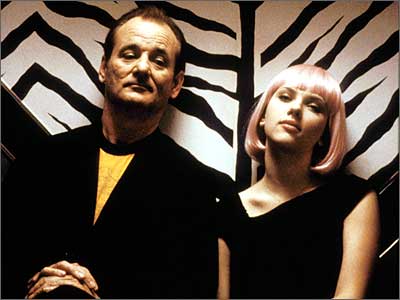 Alpha Flight is the greatest superhero team. All other arguments are invalid.

Alpha Flight was created by John Byrne as the first Canadian superhero team for the Marvel vault; indeed, they were really created as a way to flesh out Wolverine’s historically patchy back story, but they were so great (LITERALLY SO GREAT) that they were spun-off into their own series in 1983. They appeared first in X-Men #120 in April of 1979, and the issue featured a cameo of then-Prime Minister Pierre Elliott Trudeau in what remains one of my favourite comics moments of all time.

Listen, we are very careful about government expenditure in Canada. Get Wolverine back or we’re cancelling health care.

(The affiliation between government resources and superheroes is very common in the history of Canadian comics. Superheroes in Canada don’t tend to be rebels; they tend to work for federal government departments.)

Here they are in all their glory.

In addition to Guardian shown with Trudeau above, the original team is presented here. Northstar would, in spite of Comics Code restrictions, be one of the first openly gay characters in superhero comics; Shaman and Snow-Bird, though often represented stereotypically, were Tsuu T’ina First Nation and Inuit, respectively; Aurora would battle publicly throughout the comics with Dissociative Identity Disorder. Further, Aurora and Northstar, as French Canadians, would often speak French to each other in the comic, sometimes without translation — an in-group Easter egg for bilingual fans.

When Alpha Flight got its very own title in 1983 — something John Byrne resisted for a long time, but eventually wrote the first 28 issues before handing off the series — a few more characters joined: Puck, a little person, and Marina, a half-amphibious alien from Newfoundland. That run was incredibly successful, lasting until 1994 and over 130 issues.

And then things get a little rough for Alpha Flight. For the 1997 and 2004 runs, Marvel changed the lineup considerably and neither lasted very long. As part of Civil War / Chaos War events, Alpha Flight got killed off and reformed with US Agent as the leader which, honestly, can we talk about Manifest Destiny for a minute here? Because that was bullshit, putting US Agent in charge of the only Canadian superhero team (at a time, by the way, when Canada was over run with super villains thanks to America’s terrible handling of all that registration nonsense — breathe, Brenna).

This was the cover of Omega Flight #2 NO I WAS NOT IMPRESSED WHY DO YOU ASK.

The 2011 run that came next was not bad at all, actually (and basically ignored the idea that the team had been killed off, which let’s just say thank god for comics over), but it too failed to find an audience. Hey, Marvel — maybe if you monkey with a brand too much, it starts to be perceived as unsuccessful. JUST A THOUGHT.

So, to make up for past injustices to the Alpha Flight team, I have a short list of requests from the powers-that-be at Marvel:

1. An Alpha Flight film — write them back into the universe please. Because I want you to know I’m on your side, I’ve already cast it for you. Nathan Fillion as Guardian, Annabella Piugattuk as Snow-Bird, Adam Beach as Shaman, Jimmy Jean-Louis as Northstar, Garcelle Beauvais as Aurora, Peter Dinklage as Puck, Marthe Bernard as Marina, and Jay Baruchel as Sasquatch. DONE. You guys just have to provide the money and whatnot.

2. A six-to-eight episode arc on Agents of S.H.I.E.L.D. about Department H, the Canadian government division that created Alpha Flight.

3. Alpha Flight merchandise. I would ideally like a little backpack and a water bottle and a t-shirt to go with the poster on my office wall. Captain America fans get all the good swag.

4. Do not kill them off in the forthcoming Civil War movie. Do not do it. Do not. And maybe as a show of good will, kill off US Agent twice.

I can’t be the only Alpha Flight fan in the Panels universe. Come out and show your love for the greatest superhero team of all time! YES I DO MEAN ALPHA FLIGHT WHEN I SAY THAT.