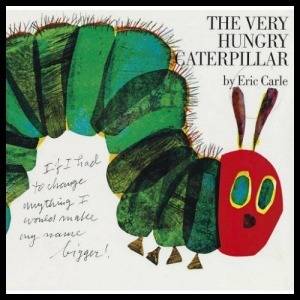 I like Superman a whole lot. It doesn’t get much simpler than that. He’s a character and a concept that I glom on to like a dog happy that its owner is finally home after a long day at work. That simile might be overly fitting because it feels like Superman’s been gone for a long time. And he’s finally back.

The New 52 started with some promise but quickly devolved into nothing but heroes fighting heroes and everyone just kind of hating each other. That might be what some people are looking for, but it’s not my bag. I checked out of Superman in the New 52 pretty early. After Morrison and Morales’ Jeans and T-shirt run on Superman, things took a turn for the dark and angry red-eyed chump that people keep trying to sell me as The Last Son of Krypton and I was gone. I can’t handle that pretender to the throne anymore. Man of Steel bumped me even further away from a character that I’m usually all about. What a depressing 3 hour grey-blue slog.

Recently, we’ve gotten some hints that DC Comics is turning things around with a slate of new books and a move away from the New 52 branding so I thought I’d dip my toe back into the pool. I was a big fan of Snyder and Capullo’s Zero Year but somehow missed the Action Comics tie-in when it came out. I started there.

Pak and Kuder reeled me back in with that one panel. Here’s this young guy who is saddled with all of the New 52 baggage that sees a challenge rolling in and all he wants to do is see if he’s up to it. He wants to help. Gotham isn’t even his city. It’s not his stomping grounds, but he knows that there’s a sliver of a chance that he’s strong enough to help out so it’s worth trying. Superman isn’t about being the most powerful, he’s about trying his damndest even when the odds are astronomical. There’s always a way.

After Pak and Kuder get out of the Zero Year and catch up to current continuity, we get a story with a decidedly different tone. The world is full of wonderful colors provided by Dan Brown and Arif Prianto that features monument smashing giant monsters, an underground super society and Lana Lang being the Indiana Jones version of electrical engineers. It’s… kind of perfect. Dumb ol’ goofy Super-grin on my face the entire arc. Then, in one panel, the creative team proved it. They get it. Holy crap do they get it.

That’s what I was missing from Superman the last few years. He’s a friend to everyone. In this case, he just wants to be friends with a giant monster that turns out to be a shapeshifting prince from an ancient society and… well look there’s a lot to this arc and it’s a hoot.

Minor spoilers in the next paragraph: The fakeout of Superman flying the monster into the sun only for it to be revealed that he had prepared a cage in his zoo for it actually made me gasp. This is a Superman that still has a zoo for aliens in his secret arctic clubhouse and cares enough to try and save things instead of destroy them. I couldn’t be happier.

Superman is about hope. After reading Pak and Kuder’s Action Comics and giving Pak and Lee’s Batman/Superman a try I have hope again. The Bat books are going strong, Superman seems to be headed in the right direction and I get to be excited about Gene Luen Yang stepping up to the plate to write the Big Blue Boyscout.

I needed this. If I’m going to invest the time and attention that I do to comics and superhero comics in particular, I need to be able to point to a smiling Superman, even if he’s surrounded by darkness and chaos. He should be the shining light at the center of it all, and I think I can safely say that’s the case now. Superman is back. Now let’s see what we can do about getting him out of that armor.