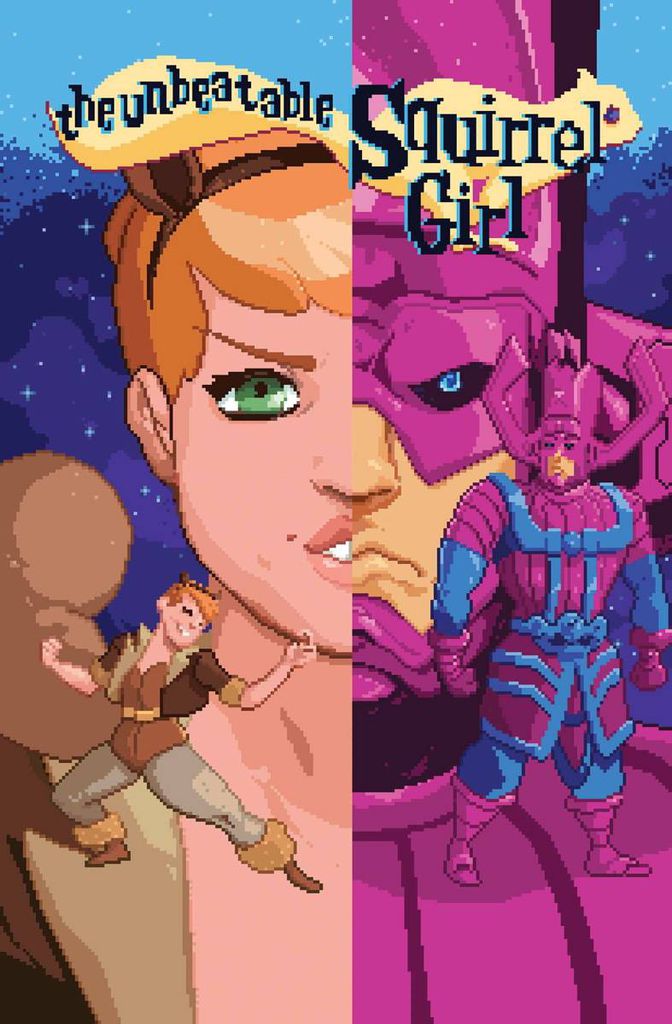 Every week, a different Panelteer will give you a rundown of the comics they’re most looking forward to for the week. Floppies, trades and omniboo are all fair game here. This week, Jon Erik tells us whats on his pull list.

“If you like Saga but want it to be more gay, you should pick this up.”

And in the final sentence of his ComicsAlliance interview, Chip Zdarsky had me sold for Kaptara.

Don’t get me wrong, all the other words sold me too. The series bills itself as a comedy/sci-fi/romance epic that mashes together the spirit of every popular ’80s cartoon into one universe. Zdarsky’s work (and Twitter account) are regularly hilarious, and I’ve only heard positive things about McLeod’s art, so I’m jazzed.

But, above all, I’m so elated to read a story with a gay dude as protagonist. Not a sassy sidekick, not Team Member #10 in a huge ensemble, not queerbaiting-that-fandom-swears-is-canon, none of that. He’s the lead protagonist, and Kaptara‘s possibly/likely the first comic by Image where that’s the case. And, based on this preview, he’s human—not some cardboard Strong Minority Character.

Friends, acquaintances, total strangers on the Internet, I implore you to give this first issue a shot. It has a promising creative team, fun concept, and gives the reigns of protagonist to someone new!

Category ID: 1074
Category ID: 9969
The Stack Newsletter
Sign up to The Stack to receive Book Riot Comic's best posts, picked for you.
Thank you for signing up! Keep an eye on your inbox.
By signing up you agree to our Terms of Service

Jem and the Holograms #2 by Kelly Thompson and Sophie Campbell

When the LCS employee grabbed this series’ very sparkly and very pink first issue from my file, beams of light radiated from it, transforming the store. The ceiling wept glitter, the walls whispered Icona Pop, and everyone felt just a little bit more outrageous.

The premier issue was a fun romp that laid down the basics of the Jem and the Holograms characters, setting, and universe. Now with its introduction is out of the way, I’m looking forward seeing even more with the second issue.

One of my new favorite comics (Unbeatable Squirrel Girl) and one of my new few favorite television shows (Steven Universe) have one core thing in common: they’re joyous. Both stories are hilarious, but never mean-spirited in their humor.

Other shared traits include: a celebrated range of body types, varied color palettes, and adorable animal companions with an affinity for pink.

No other comic has caused me to so guffaw so loudly and so often as Unbeatable Squirrel Girl. The book bursts with sight gags, detailed derrières, hilarious end-page commentary, righteous superhero justice, the most adorably articulated squirrels, and a lot of heart.

It’s the exact opposite of that Batman v Superman: Dawn of Justice trailer is what I’m saying.

As a reader pulled into comics with the New 52, Convergence is less of draw to me than it is to most other readers. Events don’t typically yield the best stories, and this event is largely predicated on nostalgia that I just don’t have. I’m not complaining; it’s less money from my withering wallet.

The few series I’ve checked out (Batgirl, Nightwing/Oracle, The Question) boast awesome (as I’d been told) minority heroes who are otherwise absent in current continuity. I enjoyed them, but even the best ones left me feeling somewhat in the dark—and that’s not ideal for a $4 book.

Convergence: New Teen Titans looks to be the closest to nostalgia that I can get. Its cast and tone largely resemble one of my great geeky loves: the Teen Titans animated series. Everyone’s smiling (especially Starfire), Cyborg’s a core member, and—oh look!—Kole and Jericho, cameo characters from the show’s fifth season, are present.

Nicola’s art is both brilliant and buoyant, and I’ve heard nothing but accolades for Marv Wolfman’s work. Maybe this series can reunite me with the team spirit I’ve otherwise been missing in the New 52? Here’s hoping!

What will you be checking out this week?