Explorations of sexuality in YA fiction is one of my favorite topics to think and write about. This is especially true of female sexuality. For teenagers, YA books are a safe space to learn about sex; it’s a place where they can read stories of those in similar positions as them learning the amazing things that their bodies can do.

Fortunately, as more excellent resources on sexuality have popped up throughout the internet, including (but not limited to) Gay YA and bisexual books, books that do tackle these under-explored aspects of sexuality have been seeing more attention and discussion.

May 8, 2015 — last Friday — was asexual visibility day. Asexuality, for those who aren’t familiar with the term, is a lack of experiencing sexual attraction to anybody. It’s a wildly misunderstood and under-discussed aspect of human sexuality, though it’s a healthy, normal, and valid experience for many.

As it’s been a question I’ve seen pop up numerous times lately, I thought it would be worthwhile to highlight three YA titles that feature an asexual character in some capacity — that would be the “A” in the LGBTQIA acronym. Even this small amount of representation matters. Readers who see characters who are asexual and find themselves in these stories can and do feel accepted and understood for who they are. 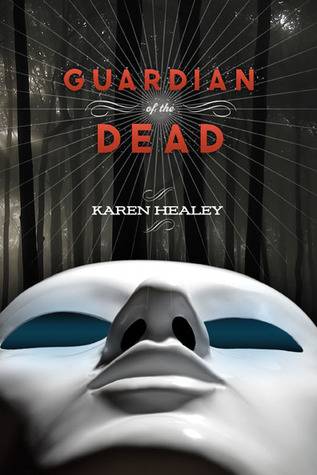 Category ID: 9969
Category ID: 468
What’s Up in YA? Newsletter
Sign up for What's Up In YA? to receive all things young adult literature.
Thank you for signing up! Keep an eye on your inbox.
By signing up you agree to our Terms of Service

Guardian of the Dead by Karen Healey

Seventeen-year-old Ellie Spencer is just like any other teenager at her boarding school. She hangs out with her best friend, Kevin; she obsesses over Mark, a cute and mysterious bad boy; and her biggest worry is her paper deadline.

But then everything changes. The news headlines are all abuzz about a local string of killings that share the same morbid trademark: the victims were discovered with their eyes missing. Then a beautiful yet eerie woman enters Ellie’s circle of friends and develops an unhealthy fascination with Kevin, and a crazed old man grabs Ellie in a public square and shoves a tattered Bible into her hands, exclaiming, “You need it. It will save your soul.” Soon, Ellie finds herself plunged into a haunting world of vengeful fairies in an epic battle for immortality. 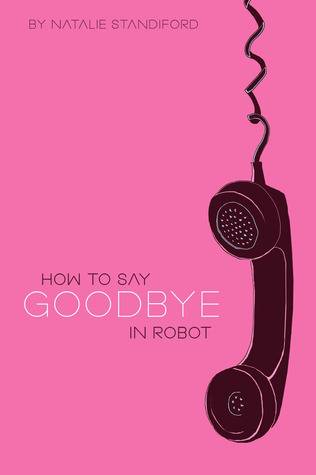 How To Say Goodbye in Robot by Natalie Standiford

New to town, Beatrice is expecting her new best friend to be one of the girls she meets on the first day. But instead, the alphabet conspires to seat her next to Jonah, aka Ghost Boy, a quiet loner who hasn’t made a new friend since third grade. Something about him, though, gets to Bea, and soon they form an unexpected friendship. It’s not romance, exactly – but it’s definitely love. Still, Bea can’t quite dispel Jonah’s gloom and doom – and as she finds out his family history, she understands why. Can Bea help Jonah? Or is he destined to vanish? 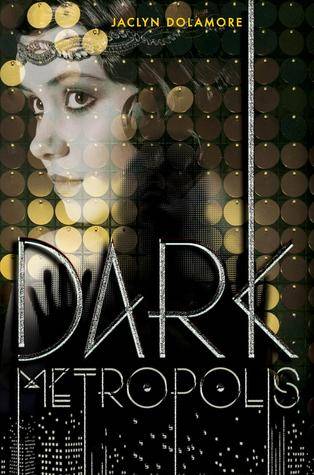 Sixteen-year-old Thea Holder’s mother is cursed with a spell that’s driving her mad, and whenever they touch, Thea is chilled by the magic, too. With no one else to contribute, Thea must make a living for both of them in a sinister city, where danger lurks and greed rules.

Thea spends her nights waitressing at the decadent Telephone Club attending to the glitzy clientele. But when her best friend, Nan, vanishes, Thea is compelled to find her. She meets Freddy, a young, magnetic patron at the club, and he agrees to help her uncover the city’s secrets-even while he hides secrets of his own.

Together, they find a whole new side of the city. Unrest is brewing behind closed doors as whispers of a gruesome magic spread. And if they’re not careful, the heartless masterminds behind the growing disappearances will be after them, too.

Another solid pick for this list is R. J. Anderson’s Quicksilver. Be aware it’s the second book in a series, thus why it wasn’t included in this round-up in a bigger way.

Want more “3 On A YA Theme” posts? You can read them all here.