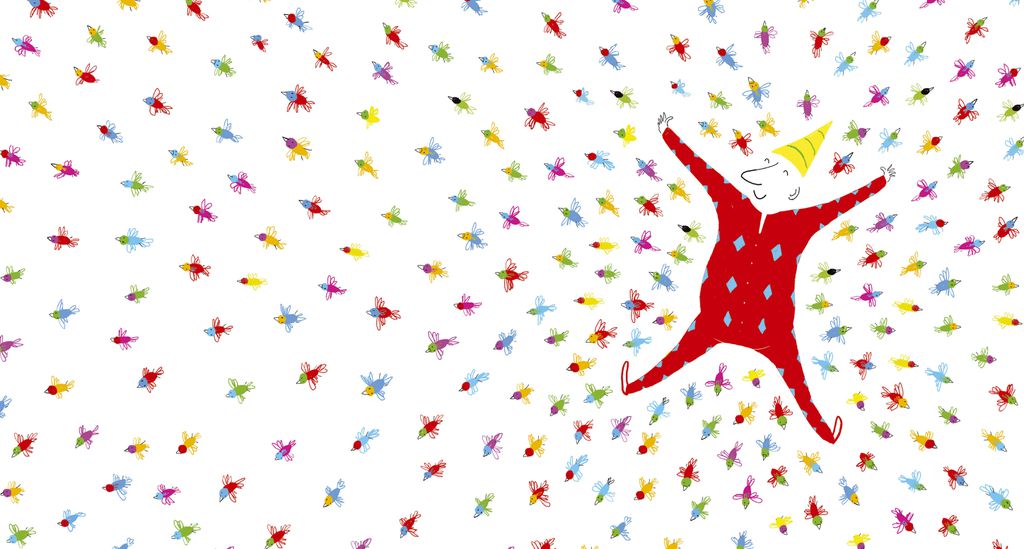 Welp, it’s happened. Eight issues in and Thor is finally revealed! Just in time for the entire dang universe to end.

I have some major thoughts about who Thor really is and what this means going forward, so be warned: there are spoilers ahead.

Before getting into Thor and her identity, we need to talk about what takes up the majority of the issue — a dozen kickass Asgardian and Midgardian ladies (and Odinson) battling the Destroyer to protect Thor and her hammer.

This glorious fight features the likes of Spider-Woman and Captain Marvel, Scarlet Witch and Black Widow, Hildegarde and Idunn, Sif and Angela … the list goes on. We also get to see Freyja stab the Destroyer in the face. In. The. Face. All hail the All-Mother!

Not only is the art by Russell Dauterman and colors by Matthew Wilson gorgeous (and it really is), but Jason Aaron’s choices in dialogue are amazing. Page after page of quippy lines, and the women working together and calls to battle from Earthlings and Asgard warriors alike. The Bechdel test gets passed multiple times over the course of the issue and every moment between these ladies is just glorious. A lot of the characters I didn’t know as well as others, but all their personalities shine through even with the chaos happening around them. Reading it, I remembered how thrilling, how satisfying it is when female characters take front and center together in a story. If A-Force is even half as good as these pages were, I’m sold.

But the real kicker of issue 8 is, of course, the big reveal on the very last page. The Goddess of Thunder was indeed a woman on Thor’s list. It just so happened to be the one woman he ended up ruling out — Jane Foster.

While my big hail mary guess was the MCU’s Darcy Lewis (who isn’t even in the 616 universe but what better way to bring her in, right?), Jane was a close number two for women I wanted to be Thor. I definitely wanted Thor to be a non-powered human woman and if it was a character I already liked, then even better.

My first reaction was that because the book went out of its way to prove that Thor wasn’t Jane, it felt maybe a little cheap to end with “Oh wait, she is.” I’m not saying hand the answer to the readers on a platter, but give them a few more hints along the way. I actually had the reveal spoiled for me a day before I could get my hands on the comic, so I had a full day to scratch my head over this, since the book did go out of its way to show that it couldn’t be Jane. After all, Jane is dying from breast cancer and is under close supervision by Asgardian healers. However, apparently Thor can just sneak back into her bedroom in the Asgardian Hall of Medicine? And she’s conveniently there when Odinson goes to see her? And none of the healers notice when one of their high priority patients just goes away for a good 12 hours? I just have some logistical questions, is what I’m saying.

However, after actually reading the book a couple times through and thinking about it, Jane as Thor works really well. In issue 5, we’re told that Mjolnir is messing with Thor’s body in some way and now we know that Jane’s cancer is worsening by her using her new powers. That’s the reason she refuses to let anyone know who the Goddess of Thunder is; if they knew she was Jane, they’d force her to stop using the hammer.

There are two facets to these stakes and why Jane is so adamant about using powers that will kill her. The first is that she takes the responsibility of being Thor very seriously. She sees Thor as a hero that the universe (especially her own planet) needs and since she is the only one worthy of the title, it’s her responsibility to be the Thor her people and the universe needs. There’s that story she tells about her mother — a story I wish had been told to us in pieces throughout the arc — that she sees as the catalyst to her life of altruism. Being Thor is an extension of who she always wanted to be for others.

Yes, the second facet of her choice to remain Thor in secret is one of self want, even indulgence. Don’t believe me? Reread the entire arc and pay attention to Thor when she gets to use her powers. There are moments of liberation throughout the issues where we see Thor truly elated. Dr. Jane Foster has a freedom as Thor that she was more and more sure she had lost for good. If I was in her position and given a chance to feel not only well, but powerful, even at the eventual cost of the time I had left, I don’t know if I could say no either.

Now, is her flaw of indulging in the freedom Mjolnir brings while still being a hero enough to make her unworthy? My guess is no, especially since Odinson’s flaws (his many flaws, according to Sif) before this arc didn’t keep him from being worthy of the hammer’s power. But it’s still a flaw and a dang intriguing one for our Thor to have. While you can’t really blame her for choosing to keep her powers, you can also see why it could ultimately be a terrible mistake.

Towards the end of the issue, Sif warns Thor that the hammer can only bring her trouble. Overhearing, Brunnhilde aptly comments, “Perhaps trouble is what she is after, Lady Sif.” Jane Foster might be making a terrible mistake in continuing to use the hammer and be Thor. This choice could be courting trouble. This choice could make powerful enemies.  This choice could end her life. But it’s still her choice to make and she is making it freely. That’s a powerful thing for a woman whose illness has left her with so few choices she can make for herself. If written well, the ongoing stories of Thor and her choices in Secret Wars and Battleworld (and beyond) could be amazing. I’m looking forward to it.