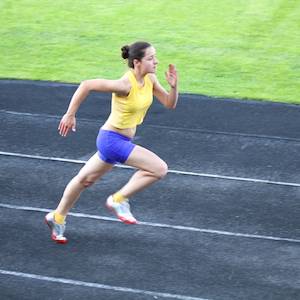 This is a guest post from Sean-Patrick Burke. Sean-Patrick is a Vermont writer who does not have an MFA in writing. He hosts HEADLAMP, a podcast on Reading, Writing, and Running. You can follow him on Twitter @Sea_Bunker.

Newsflash Hemingway & Fitzgerald & Kerouac fans: being a bloated alcoholic isn’t as fun as you’d think (I mean, look at how those three wound up in the end, eh?). I should know: in the past two-ish years, I’ve lost seventy pounds, or roughly 9% the weight of Jonathan Franzen’s ego. My secret (beyond not drinking like Grace Metalious)?  Running.

Along with hitting the trails, I’ve been hitting the books. Books about running have increased in popularity since the publication of Christopher McDougall’s Born to Run in 2009. Some are good, a few are great, many have covers that use Born To Run’s color scheme of blue and yellow, and many are poorly written, as much fun to read as a sneaker manual… if sneakers came with manuals (PAGE 1: LACING).

Does running writing have to be uninteresting incantations of the pattern left foot, right foot, left again? Hells to the no. When done right, non-fiction about the act of bipedal locomotion can be engaging, enlightening, motivating, and enthralling.

Here are 5 non-fiction books that will keep you on your couch but also make you want to get up and run a 5k: 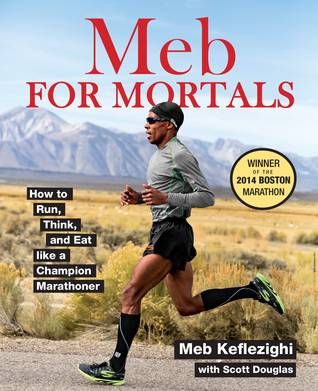 Meb For Mortals: How To Run, Think, and Eat Like a Champion Marathoner by Meb Keflezighi.  Born in the African country of Eritrea (southeast of Sudan, north of Ethiopia), Meb became an American after his family escaped the 30-year Eritrean War for Independence.  His first book, Run to Overcome, told his life story; this book is an instruction manual on how to kick ass (almost) as hard as he does. Go Youtube search “Meb Running”-  it’s not an exaggeration to say he runs beautifully. 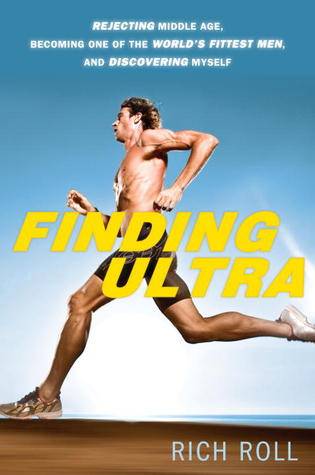 Finding Ultra: Rejecting Middle Age, Becoming One of the World’s Fittest Men, and Discovering Myself by Rich Roll. Many fat alcoholics choose to celebrate turning another year older by keeping up the steady march towards death. Rich Roll decided that sucked, so he got sober, became a vegan, and completed five Ironman-sized triathlons in Hawaii in a week. Dude has a body like Lady Cassandra wrapped around a Dyson vacuum cleaner, but moreover, he’s got an interesting story to tell: how to go from a Raymond Carver character to a superman. 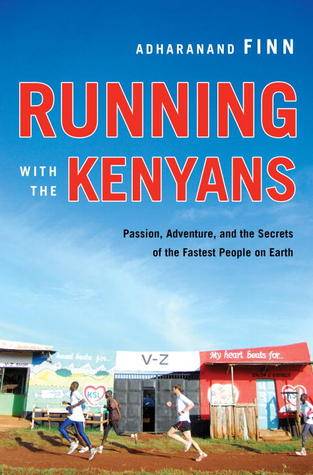 Running With the Kenyans: Passion, Adventure, and the Secrets of the Fastest People on Earth by Adharanand Finn. Finn wanted to know why Kenyans were such good runners, so he moved his family to the African Rift Valley. Part scientific analysis of the benefits of living at high elevation and running everywhere instead of motoring, part non-“cringey with colonialism in a good light gloss” travelogue from a European adapting to Africa, all in all a well-written story of a writer who takes his running obsession to a whole ‘nother level. 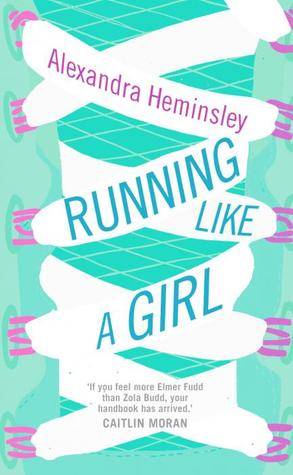 Running Like a Girl by Alexandra Heminsley. I spend too much time formulating running playlists, so it was encouraging to see I’m not alone in this procrastination. Most running books are written by elites (not a sociological slur in the running world, but a fact), so it’s nice to read a book by a 5-ish hour marathon runner (the world record for women currently stands at 2 hours, 15 minutes). What matters with this book isn’t the data, but the story. Heminsley uses the sport of left foot, right, left, to deal with being a thirty-something with a few issues to work out. 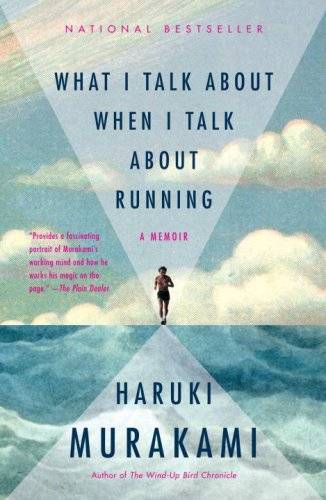 What I Talk About When I Talk About Running by Haruki Murakami. The grandaddy (despite being only 7 years old) of modern running books. Murakami makes running as magical as a sunset on Mars, as desirable to participate in as a lightsaber battle where everyone walks away happy and unharmed.  Murakami proves Tolkein right in that not all who wander are lost: much of this book doesn’t directly deal with running, but the emotional coloring that comes when you’ve gotten a few kilometers away from your beginning.  “I’ll be happy if running and I can grow old together,” Murakami writes at one point, and with how he writes, you can see Running waiting at the door for its pal Haruki to step away from the keyboard and go out for a few more miles.

Honorable mention I haven’t read but I love the title: Never Wipe Your Ass With a Squirrel by Jason Robillard.