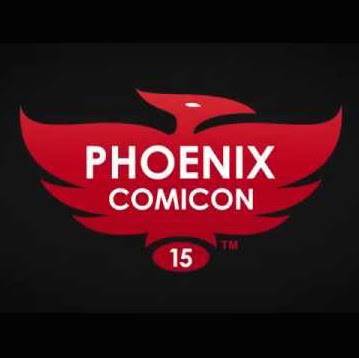 Sometimes it’s kinda hard to be a science fiction/fantasy fan. If we only focus on stuff like the Sad Puppies debacle and Tor handling their shit, well, shittily, we may be inclined to think that SFF folks just. don’t. get. it. It’s a sea of neck beards all the way to the horizon, right?

If you’re in the fandom, of course, you were already shaking your head. SFF is, most often, a wonderful inclusive place for all sorts of people with all sorts of interests. And, as I saw in my recent outing to the Phoenix Comicon, there are actually ways larger organizations can make sure those inclusive elements are more generally in the forefront. (Ahem, Hugos.)

As Book Riot has discussed before, diversity isn’t about allowing the status quo to continue on and allowing others in when forced, it’s about being proactive about inclusivity. Phoenix Comicon is doing pretty a-okay with that. Here’s how.

It’s one thing to have a harassment and discrimination policy that nobody looks at (save the one lawyer who has to finalize the thing). It’s quite another to have multiple seven-foot tall posters all over the conference area, within the flow of traffic, that directly state their policy.

2. Cosplay is not consent, and they’re making sure everyone knows that

Slave Leia doesn’t want you grabbing at her as she walks by. No photos unless requested beforehand. No inappropriate groping or grabbing. Not only did the “Cosplay Is Not Consent” graphic and text make it to their website, social media channels, and programs, but Phoenix Comicon staff were also trained on how exactly to report transgressions if they saw them occur.

3. Panels covered everything from Doctor Who to steampunk to diversity

The Phoenix Comicon panels covered a wide range of topics, including:

– Body Confidence and Positivity in Cosplay

– Lighting the Darkness: Creating, Fandom and Comicon with Mental Illness

The single worst thing about their panels was that I couldn’t go to all that I wanted to with the one body that I was given. Damn.

Geek speed dating is fun, right? Right. Speed dating that actively welcomes and encourages a fuller spectrum of preferences and identities? Even better.

5. Everybody could find refuge in Diversity Lounge

Phoenix ComicCon stated in their description of the new Lounge that it’s: “…a place to relax, a place to meet up with friends, a place to find information about issues surrounding women, LGBTQ, people of color and disabled people in geek culture.”

Sure, there were many great places to hang out during the event, but it’s the proactive element of the Lounge that really got me. Rather than allow panelists to cover the topics, the Con created a space where discussions about diversity were actively encouraged. Wide open doors welcomed anybody walking past. That’s pretty fantastic.

Have you had a similar experience at your local Con?