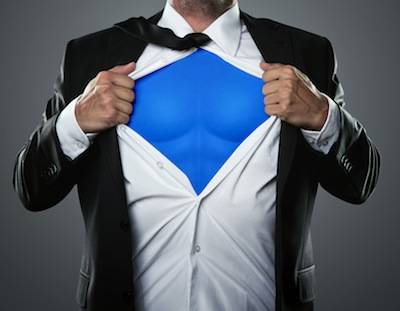 This is a guest post from Scott Hawkins. Scott lives in Atlanta with his wife and a whole bunch of foster dogs. When not writing he likes to cook long and ridiculously complicated recipes, watch movies, and play fetch with the furry little idiots. He is the author of The Library at Mount Char. Follow him on Twitter @scottrhawkins.

Superhero stories are as universal as creation myths.  Pick any culture—ancient, modern, Asian, Western, or other—and somewhere in their mythology you will find a crew who would be right at home at Professor Xavier’s School for the Gifted.  You won’t have to look far, either. The human aesthetic yearns for stories about people who are like us, only better. Medieval monks debated the question of who would win a fight between the Metatron and the Archangel Michael in terms that are strikingly similar to modern stories. The only significant difference is that these days the power usually comes from gamma rays instead of God, and the resulting cultural touchstones are trademarked.

A recent book that dances deftly around intellectual property lawyers is Soon I Will Be Invincible, by Austin Grossman. The story isn’t anything we haven’t seen before—bad guy wants to take over the world—but it’s told with wry humor that also manages to evoke real nostalgia. Doctor Impossible, the self-proclaimed smartest man in the world, is talking himself through a mid-life crisis. Fatale, newest member of the world’s premiere super team, is a little nervous about fitting in. The book is a mashup of tropes—magic, Batman-esque self-taught crimefighting, Narnia, cyborgs, other stuff. It’s nuts and a lot of fun.

The Superman Novels by Elliot S. Maggin were childhood favorites of mine. There were two of them, released with the Christopher Reeve movies but telling unrelated stories. As far as I’m concerned, these are the definitive take on the Superman myth. The Lex Luthor / Superman dynamic that Maggin put together drew on a complicated childhood friendship which grew into a wry, often touching adult rivalry.  I’ve never seen it equaled in the canon. Maggin’s books are also dryly funny. At one point Superman saves Radio City Music hall over a couple of other imperiled landmarks because “Superman had a soft spot for American pop culture.” 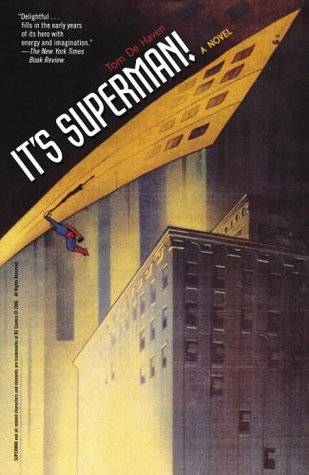 More recently, Tom de Haven did a novel that took the blue boy scout back to his roots in the 1930s. The basic story was tongue-in-cheek; Lex Luthor built an army of robots, wackiness ensued. I liked it because it rolled back Superman’s powers. These days he’s more or less omnipotent, but as originally conceived he was a lot more like John Carter on Mars—really strong, but still decidedly mortal.  At one point in de Haven’s book, Superman was slightly wounded by a mail-order bomb. It wasn’t completely clear if he was flying or just a really good jumper. Also, amusingly, he was not the sharpest tool in the shed.

Superman isn’t to everybody’s taste, though. He’s more or less the definition of ‘overpowered,’ so it’s tougher than average to write good stories around him.  Again referencing Maggin, if Lois Lane fell down a well or something, her first thought would be “I wish Superman would hurry up and save me, I’ve got a deadline.” Also, even when Superman stories work, they tend to be on the squeaky clean side. I like an occasional spritz of grimdark. 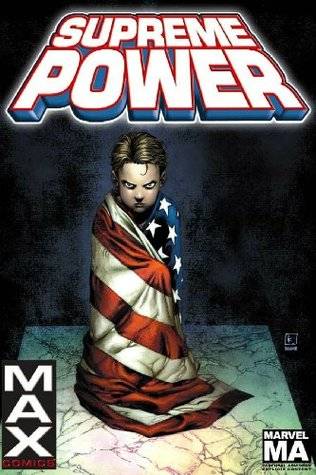 J. Michael Straczynski’s Supreme Power series, published under the Marvel Max imprint, filed the serial numbers off some DC powerhouses and reinterpreted them with a more cynical eye. About five minutes after totally-not-Superman crashed in a corn field, some Army guys banged on the door and took him to be raised in the indoctrinating arms of the state. As with human children, he got grumpy when he hit adolescence. Batm—er…Nighthawk is the son of a wealthy black dentist, murdered by rednecks in the formative event of his childhood. Grown now, he’s not a huge fan of the white establishment. Not-Wonder-Woman is a straight-up psychotic. It’s brilliant. In my opinion, the only thing that keeps Supreme Power from being mentioned in the same breath as Watchmen, Sandman, and Frank Miller’s Batman stuff is that Straczynski never finished it. That does sort of put a damper on things, admittedly, but you should read it anyway.

There are, of course, any number of others. Wanted, by Mark Millar, bears nothing in common with the movie of the same name. The main character isn’t edgy, conflicted or misunderstood, he’s a genuinely bad guy. The premise is that an interdimensional alien twisted reality such that the superpowered alien is in a wheel chair and the dark crime fighter of New York city is an aging actor who does boat shows.  It’s nihilistic, hilarious, and the most fun I had in 2007.

There’s about thirty more shelf feet of stuff in the same vein that I love equally well. I coult talk about them all day, but I’m about out of time. Hopefully there’s at least one in the list above that you haven’t read yet. Bon appetit.