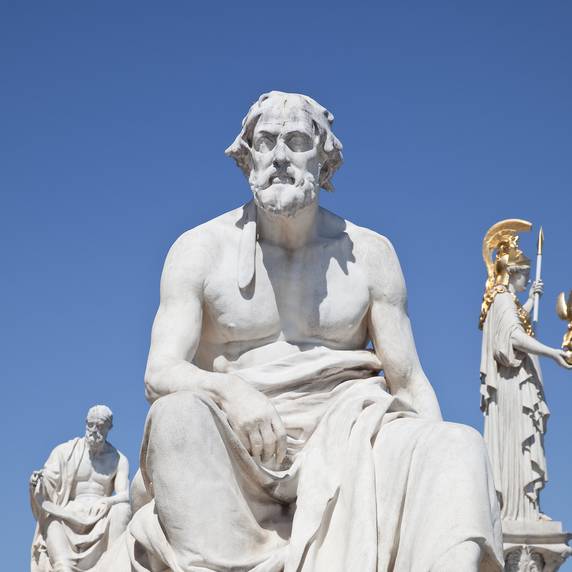 My struggle to finish reading any single book has apparently carried into writing this post, which began about a month ago as a description of the nearly nine months (roughly 280 days) I’ve spent working through Thucydides’s The History of the Peloponnesian War. Yes, back in October, before my Kansas City Royals made a surprise run to the World Series, before Halloween and Thanksgiving and Christmas and the New Year and President’s Day and Black History Month and Easter, I began to read The History of the Peloponnesian War, Thucydides’ sometimes firsthand description of Athens’ stand-off with Sparta for control of Ancient Greece.

With more than a few days to gather my thoughts for this post—I’m now within 92 pages of finishing the book, a brick-shaped Barnes & Noble classics version—I want to focus on two questions. The first: Why can’t I finish anything? Because all these months while I’ve carried Thucydides around in my backpack and kept the book on my nightstand and beside my reading chair, I’ve not stopped reading other books. A few of my favorites the past nine months: Walter Brueggemann’s The Prophetic Imagination, Kevin Young’s To Repel Ghosts, Vijay Seshadri’s Three Sonnets, Jorie Graham’s The End of Beauty, John Yau’s A Thing Among Things: the Art of Jasper Johns, several Shakespeare plays, Christian Wiman’s Once in the West, and Eduardo Galeano’s Century of the Wind. Of these books–which all have their distinct, individual moments of beauty and serious artistic achievement–I’ve only actually finished one (not including the plays). One book finished in nine months… 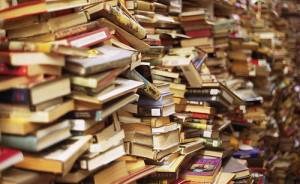 What kind of reading life is this? Must I confess myself a commitment-phobic bookster? Why this habit of going back and forth and never quite finishing? The obvious answer, which is at least partly true, is that this reflects something about my attention span and/or need for novelty. Remote control or mouse in hand, I can bounce from channel to channel, from internet window to internet window. I have multiple screens on my desk at work and spend whole days simultaneously watching email and preparing documents and spreadsheets, and yes sometimes I do actually have to cover up the ticker of scores scrolling across the bottom of a screen when I’m really trying to watch a game. A second factor: mood combined with perpetually-besieged reading time. With the exception of weekend afternoons, when it’s still sometimes possible to sit and read for multiple consecutive hours, mostly my reading window is narrow. When there is time, I usually reach for something that seems most in line with the moment’s mood. Some mornings, I’m ready to sit with Thucydides and track Athenian triremes approaching battle. Some subway rides, I prefer the jump across Kevin Young’s short verse as he reconstructs the life of Basquiat. And after some long days, I’m ready to be lost in the language and mystery of Jorie Graham’s long poetic lines.

Which brings me to my second question: commitment-phobic maybe, but committed to reading? No doubt. With Thucydides, after 430 pages of skirmishing Athenian, Spartan, and allied armies roving and sailing across the ancient Greek world, I’ve arrived in the climactic event: the Athenian invasion of Sicily and siege of Syracuse. I’m not bored. Thucydides is an introspective thinker committed to reporting the facts with incisive judgments on military and political events. In these closing chapters of his history here like everywhere always within the pages of the books in my hands is why I read.

Amid battle in the Syracusan harbor, Athenian sailors—without scuba gear, body armor, or radios to coordinate their efforts, and targeted by continuous archer fire—dive from their ships into the storm of arrows cascading with them into the water’s surface and attempt to swim down to dismantle the artificial reefs constructed by the Syracusan defenders to hem the Athenians’ naval maneuverability. It’s an incredible moment in a battle the Athenians have sought. They have chosen to assemble a massive naval and infantry force and to bring it across the Mediterranean world to besiege a distant city they have made into an enemy. And now, following the defeat of their land forces on the outskirts of Syracuse, the Athenian sailors courageously hurl themselves into the deluge of arrows, their ships marooned without hope of a hospitable beachhead that might provide time to repair and treat their hulls, which have begun to rot, to literally melt into the sea they cannot escape. And for these ships and their crews as it is for Athens itself, doom is near.