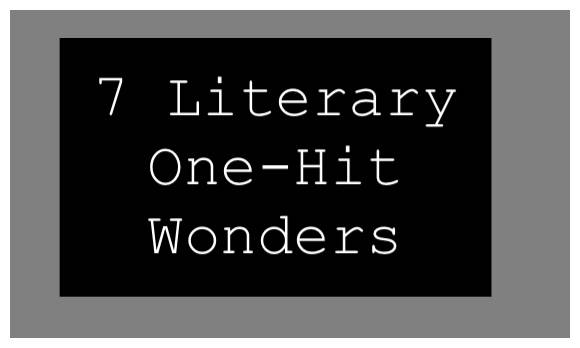 Oh Justice League 3001, pull up a chair. We need to have a few words. I know comics have a huge lead time and they are written well in advance; but they are also not immutable and unchangeable. After the trouble that issue one romped into (more of that in a second) issue two has just come out. Is it any better? No, it’s not.

JL3001 #1 is a transphobic comic. I don’t think Guy Gardner is technically transgender, as they have been forcibly body swapped. A critical part of being transgender is choice and agency; if, when, and how you transition is up to you. The comic, though, plays on all the classic transgender tropes and perpetuates them, and that’s the problem. Our friends over at Women Write About Comics nailed this piece about JLA3001 #1 and I think you should read it.

DC could have learned from the controversy surrounding issue one and quickly altered the script for issue two, solving the problems and pitfalls that issue #1 ran into. I know comics have a huge lead time; I’ve written for them, and it’s near impossible to change artwork at the last minute, but with the script, you can make changes in the last few weeks prior to publication.

They have five months of transphobic scripts and they haven’t changed them at all, if issue two is anything to go by. DC had the opportunity to just cut out the offending language but they didn’t. JL3001 #2 is just as transphobic as the first issue. It hasn’t done any research on how changing your hormones affects you, and it’s again perpetuating tropes that are dangerous to trans women.

Guy Gardner, a man now in a woman’s body, has started changing how they talk due to a gender identity crisis. Superman saying “Us girls?” is stripping Gardner of his female gender: the implication is “you’re no girl.” This is regularly thrown at transgender women to deny our gender, it’s an insult. The fix: Remove Superman’s line.

Having Gardner unable to control their own words is not a one off; JL3001 plays this off for humour repeatedly. At this point Gardner is almost spouting Girl Power lyrics from the Spice Girls days. The fix: Again remove Gardners punchline “Ah geez – there I go again!”

Hormones! Only this isn’t how hormones work, and I should know – I’ve been on hormones for two years. Taking hormones is not a single universal experience, but it’s NOT like what’s shown in JL3001. This is an un-researched take on what it would be like for a man to be in a woman’s body and has no connection to reality.

The reality is that when I started taking hormones that were strong enough, my brain switched on, I became expressive, creative, and so much happier; I have a female brain. When you give men female hormones you get a drop in aggression, which is why U.S. prisons used to dose the water they supplied to inmates with testosterone blockers, but you can also get an increased rate of depression in men, and even suicide. What you don’t get is how Guy Gardner is acting. The fix: Remove that text box entirely.

What could have been an exploration of identity, gender, and the brain is just offensive gags that belong in Two And a Half Men. This “humour” is underlined by a post story panel:

The idea that a woman’s value is determined by how she looks is gross and outdated. Doing this when you are using transgender tropes is vile. This panel is highly offensive and dangerous; most trans women don’t pass, we’re not female cisnormative hot. Gardner is reinforcing the idea that to be accepted by cis society trans women need to look like hot cis women and that’s disgusting.

The vast majority of trans women don’t all look like Laverne Cox and that doesn’t change how awesome we are; we’re the women we are and who we want to be. Trans women and ALL people who identify as women should not be just judged on looks – ever. The fix: Remove “suddenly” from the text in the box and have Gardner say nothing.

What’s sad about this is JL3001 could have had Guy Gardner undergo an interesting exploration into what happens when someone is forced into having their self identity changed. The script fixes that DC could have applied are quick and easy; they don’t ruin the story and don’t change the artwork at all. I don’t believe for one second that DC cannot change five months of pre-written scripts. If they wanted to they could, and I’ll be keeping a close eye on JL3001 #3 to see if anything has changed.

All of these transphobia problems that keep coming up in comics – Airboy, JL3001, The Infinite Loop, Batgirl, Anything That Loves – all comes back to a lack of diversity within the creative teams that make comics. Without the knowledge of other lived experiences, specifically those of minorities, the vast majority of what we get in mainstream comics are cisgender, hetro-normative, white male viewpoints; as the JLA3001 mess shows, they can be really wrong.

We need trans creators to have a voice in comics, both behind the scenes at the editorial level and as scriptwriters. Creators currently in comics, or other media, can consult with me on transgender topics for free via email or Twitter.