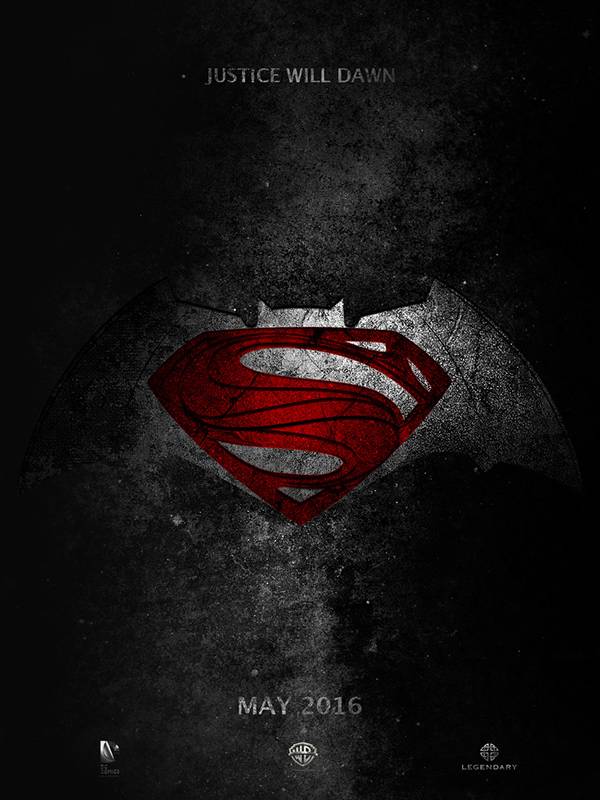 2015 has already given us Age of Ultron and Ant-Man and by the time 2017 starts, we’ll have seen 8 more comic movies, with 7 of those of movies will be released in 2016 alone. SEVEN. Between those 8 movies, two are coming from DC and six are coming from Marvel. It’s clear that Marvel will continue to kill it movie wise, but looking at DC/Warner Brothers’ slate for the next 5 years, it seems that both companies are about to be in serious contention for box office numbers and critical acclaim.

Next year is going to be crazy for comic book fans. With all of the hype, trailers, SDCC and all of its glorious footage and panels, pretty sure I have enough information to predict their ranking from bad to best.

The Merc without a Mouth is getting his own movie. This movie sounded great until I saw the SDCC footage which sucks because everything leading up this point had me excited about the film. It has Ryan Reynolds, TJ Miller, Negasonic Teenage Warhead, Colossus, and will more than likely feature some other X-Men cameos. For me it had everything going for it, but on seeing that footage, I immediately said, “Nope.” It may have been because Deadpool just isn’t a character I’m into or maybe because Deadpool punched down and hit Colossus with a homophobic remark or maybe because the whole trailer was obnoxious. Either way, I help but feel like this movie can be anything more than a bad action movie. Seriously, how good can a Deadpool movie be?

Gambit is 7 on my list because I know only two things about it. Channing Tatum’s playing Gambit and FOX is making it. There a few things that would make this movie move up on my list, though. Well, one thing: Rogue. Cast Rogue as the leading lady and I’m so down for this movie. Don’t make her the love interest, don’t make her all gushy over Gambit. Give her the time she deserves, In the last five X-Men movies we only get glimpses of her and that womps.

Okay, so this is where the list got hard.

Benedict Cumberbatch, Tilda Swinton, and Chiwetel Ejiofor are the only major casting decisions made that we know of right now and it’s kind of all I need. Doctor Strange has been a favorite hero of mine for a while. With his powers and origin, any of his stories have limitless potential. He can slip in and out of dimensions, make deals with demons, cast magic spells — this movie is going to be like Harry Potter on acid. I’m putting at 6, though, because it’s the first time Marvel is dealing with this kind of hero. Though they do first movies right, I’m still a bit wary. They’re walking into unknown territory with the magic and different dimension bits.

BvS is going to be fighting for biggest movie of the year against Captain America: Civil War. I’m confident that it’ll be a solid movie, but compared to everything else on this list I have to put it at five. Batfleck looks good, same with Jeremy Ironside. Wonder Woman looks to be incredible and Jesse Eisenberg is going to be a perfect Lex Luthor. Fans are complaining that the characters are straying from their source material, like Batman snapping a soldier’s neck in the trailer of Martha Kent throwing mankind under the bus, but does any of that matter anymore? Shouldn’t we know better by now, and separate the films from the comics? Saves us some pain.

With about 3 weeks until it’s released, Fantastic 4 looks be fannnnnntastic.

The cast is solid. The story looks solid. The Thing is solid. Everything about the movie looks great. I believe in Josh Trank, director of “Chronicle.” F4 definitely has that feel of a crazy indie movie with a big budget. And not to discredit how good it’s going to be, but how could anything be worse than that first Fantastic Four?

I’ve been waiting for a Civil War movie since the first Avengers. Since Cap and Iron Man had their first spat. Since the first Iron Man movie was made. This movie has tons going for it; the largest cast of superheroes yet, the Russos back at the helm and the mere fact that we’re finally going to see Spider-Man in the MCU! The hype is real, folks. SO REAL. I’m putting it at third, because honestly I have some Marvel fatigue right now as I’m sure a lot of people do, no matter how small (Ant-Man pun). No doubt that I’ll be good to once May 8 rolls around, but even without it the next two movies have be in front.

Just three weeks after Civil War we’ll be getting X-Men: Apocalypse with X-Men’s biggest baddie (maybe after Magneto?). Apocalypse is bad dude and the first mutant ever, but he’s not why this movie is at two. It’s at two because Jubilee, Psylocke, young Jean Grey, young Cyclops. It’s at two because the four horsemen of the Apocalypse. It’s at two because the 80s. We’re getting an 80s X-Men movie which is everything that I’ve ever wanted in my whole entire life. We’re on a good run right now. With Apocalypse most likely ending out this second X-Trilogy, I’m positive that it’s going to wrap it up right. Here’s the thing though, at number two, the stake are pretty high. It has a long way to fall, but with the the first two movies being as awesome as they were, would it be the end of the world?

Stay with me. Out of all the movies aforementioned, Suicide Squad is the dark horse right now. DC, like Amanda Waller, has nothing to lose. And only everything to gain. Everything about this movie screams number 1. It’s the first superhero group movie since The Avengers got their own movie, and they’re mostly all villains. It has the most diversity of any origin movie ever, with 3 leading women, 2 black men, a Native American man, an Asian woman and a Mexican man, or 5 PoC. That’s incredible. The trailer looks phenomenal and even though some are tired of the Joker, really I think most are looking forward to seeing more of Leto’s interpretation seeing as he’s been on an acting tear as of late, and of course there’s Harley Quinn who everyone has been dying to see in live-action since BTAS. Those things are small fries compared to how crazy it is that we’re getting a Suicide Squad movie. Suicide Squad is a B-team at best, but DC is doing it deserves all the applause for all the effort they’ve put in so far. This movie will do a better job at setting up the DCCU than BvS, for sure, and I’m pumped to see it. With Ayer, the perfect cast, and how fun everything looks, it’s going to be a home run.

Those are my ranks. Agree, disagree? Let me know in the comments.