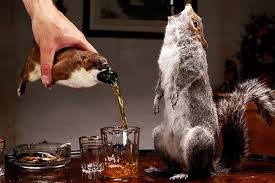 I’ve just read an article that told me to shut up. That they believe the status quo is good enough and people pushing for equality should be happy because they already have it. I’m used to seeing political articles like this come from people like Donald Trump, or Jeb Bush. I’m not used to it in the world of comics criticism. It’s by Mindy Newell, and if you are so inclined you can find it over here. Someone telling me to shut up has the opposite effect on me. I suspect the article at Comicmix is a bait piece, and I’m going to do my suicidal fish impression and leap on that hook.

The headline proudly declares that the article is ‘politically incorrect,’ which means that I should define the term: Political Correctness means manners and respect. Throughout 2015, there has been increased pressure on mainstream comics to be more representative, both in terms of published content and in their behind the scenes staffing. We’re seeing so many easily preventable mistakes from Marvel, DC, Image, Boom! Studios, and many more, that people have had enough, and in 2015 social media allows everyone to have their say. Just look at Airboy, Justice League 3001, Marvel’s Hip Hop covers, Strange Fruit, and the lack of PoC, women and LGBT (trans especially) writers and editors within comics publishing. Comics has a problem and we in the industry know it.

Comic creators have been predominantly white and male for quite some time. They still are, but it’s starting to slowly change, and that slight change is causing a backlash against manners and respect within comics, which brings me back to the Comicmix article. The author sets the tone by establishing that their world view is correct and all others are wrong, and asks us to agree with this. They dismiss the idea that white people might not understand the black experience, “‘everybody in the office is white so it’s impossible for them to understand the black experience.’ I told him that I didn’t agree with any part of that, […] and perception is everything. Isn’t it?” I’m reading this aloud to edit it and my cat gave me a look. When even cats side-eye a statement, you have a problem.

Blindness to race, sex, and so on is not just an acceptance of the status quo; it is a demand that things don’t change. Willful blindness is a huge problem, especially right now during the events over the last year in America. The article goes on to argue that people shouldn’t be complaining about Strange Fruit, a comic about PoC written and drawn by white men, if they were not complaining about Quantum Leap, a TV show from the 1980s made well before social media even existed. At this point, my cat looked at me and said “OK seriously? I might kill things for fun but COME ON.” Well hang on in there kitty, because we still have some way to go.

“And if a story about racism was so important to you, African-American creators, why didn’t you go out and create it?” This is a terrible choice of words, as that phrase is often used by bigots to try and shut people down. The author follows this with an attempt to show that PoC are creating comics and that everything is OK. Only it doesn’t list PoC who are working in comics right now, the list is everyone that the author could find who has ever worked in comics at some point. The list has just twenty-four people on it. Throughout comic book history, this article lists just twenty-four PoC to prove that no representation problems exist within comics. From memory, only one–maybe two–are working in the comics mainstream right now.

The article ends by saying that working in the comics industry is a matter of luck, “A whole lot of luck.” If this is true, white straight guys are just the luckiest people on earth. I don’t enjoy articles where white privileged people celebrate how politically incorrect they can be. It’s not edgy or trendy; it’s just flat out wrong. People mocking political correctness are shouting from the rooftops that they don’t care about other people. We don’t need this attitude in comics. 2015 is when comics changed. This was when my cat turned to me and said “I kind of care about you when the food dish is full,” and I felt a glimmer of love. Thanks cat.