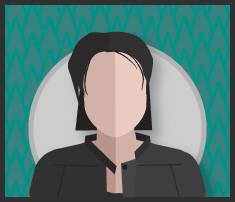 It’s 1950, the dark days of World War Two are behind the United States and man is looking to the stars. Ted Knight, now retired from his Starman identity, is opening his new observatory when an old codger forces his way through the crowd. As a prophet of doom thrusting a star map at Ted, claiming the scientific marvel presages the end of the world, he’s easily ignored.

But is he wrong? Ted has cause to wonder as, that night, while he’s looking into the solar system – specifically the part of the sky shown in the madman’s map – something very weird fills his field of vision.

And that’s just the beginning of an eight-part JSA story that along with Starman, stars – no pun intended – the Flash, Black Canary, Hawkman, and Green Lantern. It’s a smaller unit than seen in most JSA stories, but the tight cast allows writer Len Strazewski room for some fine character work alongside the regular action.

As the heroes battle living constellations such as Andromeda and Sagittarius, and old enemies Solomon Grundy and Vandal Savage, the personalities on both sides really shine through.

The series begins in a fashion that pays tribute to the original JSA stories in the All-Star Comics book of the Golden Age – with separate but linked chapters. Whereas comics in the Forties were large enough, at 64pp, to accommodate the entire story in one issue, the much-reduced page count of the early 90s meant the story was split across the entire series. The tale has room to breathe – space for big battles with the various antagonists, some JSA history, entertaining pseudo-science, and best of all, team-ups between the heroes. The JSAers have known each other for years at this point, so the banter is easy, the teamwork assured.

This doesn’t mean they get easy wins – victories require a lot of sweat, and a lot of smarts, but it’s a delight to see the first super-team on such great form. That was especially true when the series appeared in 1991 – the team had been banished by DC Comics post-Crisis on Infinite Earths, due to editorial and executive thinking that they were just too dang old to partake in the rebooted universe. But lots of fans wanted to see them, and a mini-series set in the past was something of a sop to them… what harm could it do? As it happens, this series proved so popular that minds were changed, the JSA returned from Ragnarok into the new world of DC, and they gained a superb new series, by Strazewski and the late, great Mike Parobeck. That’s a matter for another Uncollected perhaps, but this gem of a limited series saved the JSA, figuratively and literally, from comics limbo.

Penciler Parobeck is in here, providing the lovely artwork, with inker Rick Burchett, for the third and fifth issues. These guys were born to draw the original Flash.

The hugely talented Burchett had already soloed on the debut issue, while art on other chapters is provided by Grant Miehm and Tom Artis, another creator sadly no longer with us. Longtime Justice League of America inker Frank McLaughlin – RIP again – similarly contributes, while Janice Chiang and Tom Ziuko letter and colour, respectively. This number of artists could easily result in a mess of a story, but everyone takes their cue from Burchett’s opening installment, meaning the visuals throughout are airy, dynamic, good-natured, and occasionally goofy. And the mix of talents recalls those Golden Age All-Star Comics, in which individual chapters within the books were the work of separate creative teams.

Strazewski evokes the period with flair, via such cultural references as TV stars Lucille Ball and Sid Caesar, the historical likes of A-bombs and greasers, and delightfully peppy dialogue – exchanges between stuffy old Hawkman and the light-hearted Flash are a particular highlight, while Dinah Drake Lance is on wonderful form.

This isn’t the best JSA story ever – that would be The Untold Origin of the Justice Society of America from DC Special #29 – but it is a massively entertaining romp which reminded DC that the JSA wasn’t one super-team too many, embarrassing old duffers to be hidden away in a drawer. No, the Justice Society of America was a vibrant collection of personalities, with plenty to offer no matter when their stories when set. So get to it DC, dust off this storyline, not just for those of us who enjoyed it first time out, but for a new generation of fans.

And then we can talk about the series that followed…