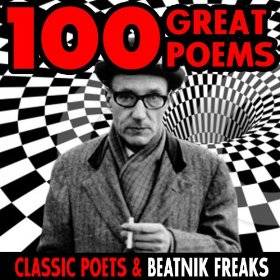 Every week, a different Panelteer will give you a rundown of the comics they’re most looking forward to for the week. Floppies, trades and omniboo are all fair game here. This week, Caroline tells us whats on her pull list.

A new series from Image Comics is always worth noticing, and a collaboration between writer Jeff Lemire (Sweet Tooth) and artist Emi Lenox (Emitown) looks like something really special. Without knowing anything of the story, I’m already captivated by the cover art, which is adorable, although the creators are careful to emphasize that this series will be dark, heartbreaking, and not for children. So now I’m scared and intrigued. This could be a good one.

Bombshells is a digital-first series, though I grabbed the first issue in print after reading this rave from Panelteer Katie. The two Marguerites (writer Bennett and artist Sauvage) draw on a World War II era retro-style for these adventurous vignettes, setting DC Comics heroines loose in an imaginary 1940s-based universe. Wonder Woman and Mera team up in the headline story, while Supergirl and Stargirl serve as pilots in the Soviet ‘Night Witches’ brigade.

The mid-2000s Marvel series Alias is popular enough to warrant treatment in an upcoming Netflix series, but it’s always had a complicated existence in print. For a while, you couldn’t even get the final arc except in back issues or an expensive omnibus. I eventually acquired all the trade paperback collections, but in editions that don’t match. In anticipation of TV’s Jessica Jones starting this fall, Marvel is re-releasing the series as Jessica Jones: Alias. Maybe this time will be the charm? Volume 1 contains Issues 1-9, with David Mack providing brand new cover art. Mack provided the original covers for Alias, in an innovative collage style. The new collection covers are more straightforward, and I can’t help noticing that Mack has drawn Jess looking a lot like series star Krysten Ritter. This makes sense as a sales strategy but, continuing the comics rather patchwork history, means cover-Jessica won’t match Michael Gaydos’s interior art at all. It’s not like I can resist Jessica in any form, and whatever it takes to get these great comics to a new audience, I’m all for it.

It’s the end of an era in Daredevil — writer Waid and artist Samnee are leaving after this issue — and I am not ready. Foggy and Kirsten had better be okay, that’s all I’m saying.

We Stand on Guard #3, Cover by Steve Skroce and Matt Hollingsworth

This science fiction series about a future war between the U.S. and Canada has been unsettling already, and this issue advertise an exploration of what torture will look like in the future. Brian K. Vaughan has never been known for pulling his punches, so this one isn’t going to be for everybody, but I’m still following this series with interest.

I wouldn’t normally describe Lazarus as a cheer-up fest, but maybe if I save it for after We Stand on Guard? We at least known that Forever Carlyle can’t die, so despite that cover she’s going to be okay. . . right?

Finally, did you know that Watchmen co-creator Dave Gibbons once wrote a comic set in the Aliens universe? Did you know that Mike Mignola of Hellboy fame and veteran artist Kevin Nowlan worked together to illustrate it? Me neither, but I’m certainly excited to learn. Dark Horse is re-issuing this 1993 story in a 56-page hardback, which should have some bonus Mignola art as well. Several different levels of geekdom come together in this book, which is billed as one of the most memorable Aliens stories ever told.

All that, plus it’s Casanova week again.

So that’s it for me. Let us know what you’ll be picking up!