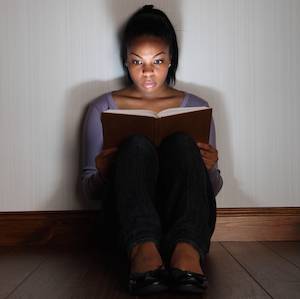 October has always been about exploring what scares me. Past October reads have included just the kind of books that scream “Halloween”, or more accurately, reach out of their cloak of invisibility, stroke my hair, and whisper into my ear, “Hello, there.” That’s the kind of scary I enjoy. Subtle, creepy, and makes me jump out of my skin whenever someone (the wind) silently brushes past me.

However, this isn’t the kind of scary that actually scares me. Even though “creepy” (to me, at least) means something less theatrical than slimy, clawed hands reaching out from under the bed to drag me away, it isn’t quite real enough to scare me. Realistic fiction often does the trick, but nothing scares me more than books with end-of-the-world scenarios. To me, apocalyptic/post-apocalyptic narratives tend to boast an amplified sort of reality. The fear and the despair are much too palpable, and the line between humanity and inhumanity seems much too blurry, and the characters are faced with such impossible decisions that the notion of goodness fades with the drive to survival. These are the stories that haunt me, the stories that reveal the true failures of humanity. And while I hesitate to pick these kinds of books up, I am usually happy I did read them.

More Than This by Patrick Ness is the book that made me more open to reading these kinds of stories. This incredible novel begins with the protagonist committing suicide and waking up in a world kind of similar to his own. Seth and his new-found companions spend the novel exploring and attempting to understand this new world, but it is the relationship between Seth and his previous world, the one he willfully left, is the most interesting part of the book to me. That old world, for all intents and purposes, is our world; a world so harsh— unrelentingly harsh towards some— that death was the better option. (I couldn’t help feeling complicit, turning Seth’s suicide into murder.) But death was also supposed to be the last option, so what does choice in Seth’s new world mean exactly? If it’s a hell or a purgatory, do his choices even matter? For that matter, what does the world “hell” even mean, when it isn’t quite as horrible as his previous life? The questions raised by this book are profound and disturbing and the many possible answers fall somewhere between the two adjectives. I don’t think I could trust anyone who said this book didn’t shake them to their core. 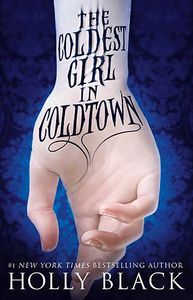 I know that my next scary book doesn’t really fit the genre I described above but hear me out: Holly Black’s The Coldest Girl in Coldtown may not be an end-of-the-world type story but it certainly is an end-of-humanity type story. Same difference, I feel. This is a world where vampirism is treated like an incurable, dangerous disease. Those infected are walled up into large, city-like establishments called Coldtowns. In other words, walls and security guards are pretty much all that stand between humans who have Romantic notions about disease and immortality, as well as vampires who aren’t particularly worried about the limited nature of their food supply. When Tana’s ex-boyfriend is bitten and turned at a nightmarish party, she drives him (and a couple of hitchhikers) to the nearest Coldtown. The drive down to Coldtown and the inevitable stay at the walled community turns out to be a harrowing journey that cleverly explores the differences and surprising similarities between humanity and monstrosity. Definitely a book I can’t help but think about come October. 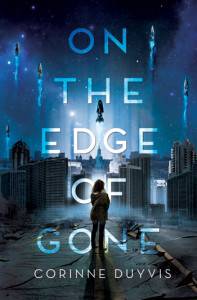 The last of my favourite October books is one that I had the opportunity to read just last week, way before its release date in March 2016. Corinne Duyvis’ On the Edge of Gone brings a dimension of reality to apocalypse stories that is sorely needed. As we read about how Denise, the protagonist, deals with the Earth being hit by a comet and everything that follows that catastrophic event, Duyvis complicates the issue of privilege and raises the question of who— in the face of limited resources— is worth saving? And how does Denise herself define “worth” in a world that values the things she is so often not? On the Edge of Gone is a rare gem of a book. It reintroduces us to humanity in all its varied life, raises the kinds of questions that unsettle readers, and disturbs their lives long after they’ve read the last page. Be sure to make a note of this one. If you thought Duyvis’ debut novel was wonderful, you’re in for a good surprise with On the Edge of Gone.