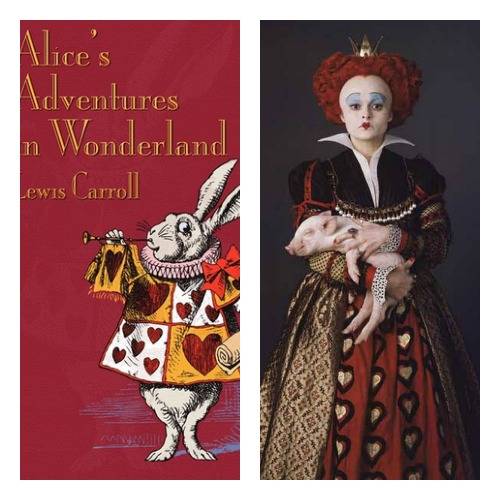 Fantom Comics is a humble little shop in Washington, DC, aiming to carry works by the most diverse possible range of creators. It’s also a community space with events like queer book clubs, feminist comic workshops, and The Wicked + the Divine-themed dance performances. You can find them online at fantomcomics.com.

The comics industry can seem like an arcane, foreign system of shady retailer incentives and distribution monopolies. To give people a better look at what we do, we’ve been tracking the most-pulled books by Fantom Comics subscribers over the last three months—it’s been predictable in some ways and eye-opening in others. If you want to check out our numbers from October, it’s over on our Tumblr.

Remember these are only subscription numbers, not total sales, so it represents our regular customers rather than casual walk-ins. It also means #1 issues are under-represented, as people tend to pick up the first issue off the rack before they subscribe to it.

And now let’s get down to it. FUN WITH NUMBERRRRRS

Saga is in a league of its own when it comes to sales, whether it’s single issues or trade paperbacks or deluxe hardcovers. Finally returning from a four-month hiatus, one of its great successes is its adherence to a strict schedule: a six-issue story arc released monthly like clockwork without ever missing a ship date, followed by a short break where the trade paperback hits shelves and the creative team can recharge their batteries. No variant covers, no one-shots, no gimmicks. It builds anticipation for the next arc and guarantees trade paperback readers have a chance to catch up and jump into the single issues without a hiccup—Saga probably has more readers who make the leap from trades to floppies mid-series than any comic being published right now.

For the first time ever, The Wicked + the Divine has overtaken Ms. Marvel as our second most-subscribed book behind Saga—during the month of Ms. Marvel’s big reboot, no less. Most titles on this list have gradual rises and falls, but during this big-name-guest-artist third story arc, Wicked + Divine has had the most dramatic uptick in subscribers this late into a series of any comic in recent memory. Issue #16 features Shutter artist Leila del Duca, and Shutter’s strong readership at our store probably helped push WicDiv over the top this month and into the #2 spot.

Marvel’s line-wide renumbering after (during?) Secret Wars has had mixed results. It seems the people reading any given new debut are mostly the same people who read that series before—this new Ms. Marvel #1 has exactly the same number of subscribers that we had for Ms. Marvel #19, the finale of the previous run. All it seems to do is confuse newer readers, who wonder why they have to read this #1 AFTER reading the previous four volumes by the same creative team.

Sales off the rack of every new #1 are undoubtedly lower than the previous #1s, and in the long run the reboot likely hurts subscription numbers. There are a few exceptions like Spider-Woman and Captain America: Sam Wilson that have greatly benefited from the reboot, but those are outliers with their own circumstances: an awful initial launch (Spider-Woman) and angry Fox News publicity (Sam Wilson).

BONUS: did you know we’re doing a Ms. Marvel book club at Fantom TODAY hosted by Panels’ own Swapna?!

This one breaks our hearts. The fact that we’re able to build a big enough following for 8house to make it bigger than Star Wars at Fantom is testament to the fact that there IS a market for weird books like this… but apparently sales have been a trainwreck beyond our four walls, as the series is going on hiatus for the next few months, with Emma Ríos and Hwei Lim’s gorgeous upcoming 8house story arc Mirror delayed until February and re-solicited as its own standalone series. We’re still awaiting word on how the story arcs that’ve already begun will finish up.

The strange structure and release schedule probably hurt 8house’s global sales, but somehow we were able to get a bunch of people to read it, right?! Readers here in Washington, DC, aren’t that different from readers anywhere else—the difference is our employees’ personal investment in the book. It just goes to show that direct market customers still trust and rely on the guidance of comic shop employees to help them navigate the overwhelming, confusing waters of this weird little art form. We shouldn’t underestimate the tastes of North American comics readers: they have the capacity for quirky books like 8house if we’d just care enough to give them the first nudge.

Marvel’s been playing fast and furious this fall, pushing many of its biggest monthly series up to twice-a-month releases; not only in its Star Wars catalogue, but also superhero books like Amazing Spider-Man and Invincible Iron Man. Only time will tell if this oversaturation will help or hurt sales, but with strong nationwide sales of weekly series like Wolverines and a desire to capitalize on buzz around the Star Wars comics before the new movie hits theaters, it’s inevitable. We’re curious to see if sales remain this high after The Force Awakens arrives and fans can just go to the Real Thing.

What is there to say that hasn’t been said already about Secret Wars’ massive delays? According to this SKTCHD article, our co-owner Matt Klokel is one of the few in the industry who doesn’t see it as a negative, but this writer would like to respectfully side with everyone else.

Saga writer Brian K. Vaughan’s other side project We Stand on Guard has been a bit of a disappointment, feeling more like an old Vertigo book from his Y: The Last Man days than a snappy, relevant modern comic that Saga fans are looking for. Paper Girls, on the other hand, delivers in spades with the banter-y dialogue and story twists that fans crave, and Matt Wilson’s delicious colors over Cliff Chiang’s distinctive art makes this feel like a comic that’s actually made for 2015. We’re not surprised at all that Paper Girls has already jumped into our top ten with only its sophomore issue.

Marvel’s first new Star Wars crossover, Vader Down, presents Darth Vader and the main Star Wars book as sister series rather than an A-book and a B-book, so it’ll be interesting to see if that lifts Darth Vader sales closer to Star Wars numbers.

A couple notable omissions from this list: Bitch Planet and Island, which have appeared on our September and October lists, probably would’ve made the top ten this month too, but neither of them had releases in November.

See you next month!