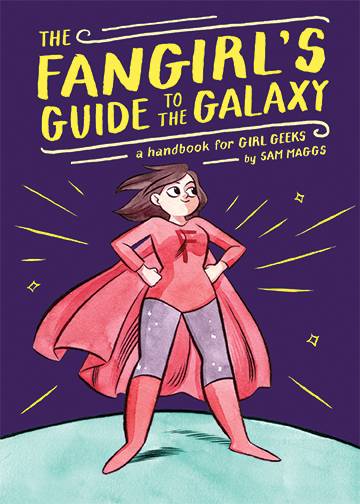 Last month we looked at November’s most-pulled books at Fantom Comics in Washington, DC, and today we’ll look at December as well as take a gander at the four months we’ve been tracking the numbers.

Just like last month, remember these are only subscription numbers, not total sales, so it represents our regular customers rather than casual walk-ins. It also means #1 issues are under-represented, as people tend to pick up the first issue off the rack before they subscribe to it.

Once again our reigning champion, Saga maintains the exact number of pulls that it did in November, in a league of its own compared to everything else Fantom Comics sells. Check out last month’s analysis for a bit more commentary on the series’ sales.

Last month The Wicked + the Divine overtook Ms. Marvel for the first time, but in December Kamala Khan took her spot back—WicDiv kept the same number of subscribers, but Ms. Marvel gained a handful, likely due to some folks jumping on with the new #1 issue and then subscribing to #2.

3. The Wicked + the Divine #17 by Kieron Gillen and Brandon Graham (Image)

The finale of WicDiv’s third story arc, it’ll be interesting to see if the series spawns any new subscribers once the vol. 3 trade paperback arrives and some trade-waiters grow impatient enough to join in for the fourth arc. Plus, after this bonkers guest artist arc and Jamie McKelvie’s departure to draw Phonogram: The Immaterial Girl, issue #18 will see McKelvie return as the resident WicDiv artist.

Jumping up from the 8th place spot in November, Paper Girls is poised to become our next big juggernaut series—it must be that Brian K. Vaughan fairy dust. While We Stand on Guard serves as more of a nod to BKV’s early-‘00s roots, Paper Girls feels very much like a comic made for the modern day (ironic for a story set in 1988), with Cliff Chiang’s juicy thick line art and Matt Wilson’s drop-dead gorgeous color work making this book pop off the shelf.

Our favorite anthology magazine is back after a two-month gap! Issue #5 isn’t one that new readers can jump in with—it’s the first issue in which all three of the main stories are continuations of chapters from previous Islands. It’s also a bit shorter, at 80 pages rather than 105-112 like previous issues. Apparently this is cost-cutting after disappointing worldwide sales, although as Fantom co-owner Matthew Klokel will reveal in his big 2015 retrospective report next month, Island was our biggest revenue-generating series of the year (the magazine retails for $7.99, so a single issue earns us twice as much as the average $3.99 comic). We hope Emma Ríos and Brandon Graham find a way to make the series financially viable so it can dominate our 2016 as well.

You’d think “Vader Down,” the first big crossover event of the new Marvel Star Wars era, would boost sales of the series, but the main Star Wars book looks to be running at the exact same pace it did in November at our store.

Much to our surprise, Secret Wars #8 actually came out a month after Secret Wars #7! Issue #8 was originally meant to be the finale of Marvel’s Epic Summer 2015 Event before it got expanded to nine issues and delayed well into winter (#9 will finally arrive January 13, 2016) The wonky scheduling shows, as the event loses steam and #8 has slightly fewer subscribers than #7 did.

November sported two Star Wars issues and two Darth Vader issues all dropping in the same month, but in December both series slowed back down to a regular monthly pace, which is probably a good thing. It’s curious that the “Vader Down” event hasn’t boosted sales much, but at least Vader’s subscription numbers are remaining steady.

9. We Stand on Guard #6 by Brian K. Vaughan and Steve Skroce (Image)

We Stand on Guard never quite got the BKV pixie dust that his newer comic Paper Girls has received, but the final issue of this Canadian freedom fighter miniseries with Matrix storyboard artist Steve Skroce still ends with respectable sales numbers. What’s the core difference between this and Paper Girls? At its root, We Stand on Guard is a bit more reminiscent of Vaughan’s early Vertigo work, while Paper Girls grooves much better with what modern-day Image is accomplishing to appeal to new readers.

10. The Mighty Thor #2 by Jason Aaron and Russell Dauterman (Marvel)

It’s curious how much of the comics industry is dominated by a few big-name creators; The Mighty Thor #2 is Jason Aaron’s second book on this list, joining Kieron Gillen and Brandon Graham in the December Twofer Club, while Brian K. Vaughan sits pretty with three titles in our top ten this month. With the exception of Graham, the industry seems to work in a way these days where creators make their name with superhero books before branching off and doing high-profile creator-owned work, usually at Image.

So what does this all look like over the course of the four months we’ve been tracking it? Without revealing our actual numbers (industry secrets, ya know), here are what our top ten series since September look like:

What do you think? See you next month for a fresh 2016 start!