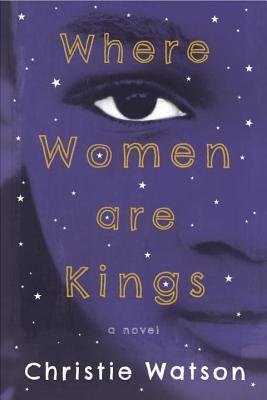 Secret Wars is a very complicated event. And I don’t just mean the innumerable tie-ins, the ever-increasing delays or the steep learning curve for those not familiar with Jonathan Hickman’s previous Marvel stories. Rather, I mean that Secret Wars and what it was meant to do seem overly complicated. On its surface, the event comic was meant to shake up the Marvel universe, massage some of the problems that had cropped up over the years, finally merge the Ultimate and 616 Marvel Universe and to tell the ultimate Fantastic Four story. It was a tall order and because of how much was going on, it was easy to get lost.

Where Secret Wars soars is in the character study of Doctor Doom as God-Emperor of a new universe. Hickman gets inside of Doom’s head and presents a sort of King Lear-cum-tragic Arthur. We get the sense of a tired man burdened with a responsibility he thought he wanted. God-Doom’s monologues about the nature of his power and interactions with Susan Storm and Valeria Richards are some of the strongest moments of the entire series. A theme that develops a little late in the series – and that really could have used more explanation – is an examination of Doom as a somewhat good person. Doom defies the end of the universe and becomes god to save his world. And he does a somewhat good job. It’s flawed, and he sits at the center of the world in a selfish use of power, but he saved the world and he keeps it intact by sheer force of his iron will. He comes just short of a Peter Capaldi “Am I a good man?” a few times over the series.

I’ve said before that Secret Wars is the ultimate Doctor Doom story. His arc begins in becoming god, seizing ultimate power and wielding it judiciously before the world begins to tear itself apart. His arc ends in battling his opposite number, Reed Richards, and admitting to his hubris just this once; admitting that Reed is a smarter and better man than he. It’s a stunning role reversal for the armored, totalitarian leader with the “Bwhaha” laugh. It humanizes him, shows us the mortal behind the World Tree Throne. Despite being somewhat ruined by Invincible Iron Man’s first issue revelation, I still gasped when I came to the final sequence of Doom doffing his mask to find his face restored and the rich laugh that accompanies it. With all he did to save the universe and create Battleworld, he could not use his powers to restore his face. But his foe, Richards, could wield that power to fix reality and to fix Doom. And Doom remembers.

Marvel has made much of calling Secret Wars the final Fantastic Four story. It fulfills that promise in that, at least for the short-term, the Fantastic Four do not exist. Rather they are scattered the to wind. Reed, Sue, Franklin, Val and their Future Foundation students are now adrift in the universe, charting the unknown as Franklin and Reed begin to literally create a new multiverse. Secret Wars is the culmination of Jonathan Hickman’s Fantastic Four run from 2010. A story that begins with Reed’s quest to solve every problem in the world and now ends with him solving the ultimate problem: universal entropy. Hickman’s Reed ranges from caring but distant father, to brilliant adventurer, amoral manipulator and objective scientist. The Reed of Secret Wars is on a quest to save his family who, despite a cunning plan, he failed to protect. We’re shown a more calculating Reed, who will break his own code, work with a twisted version of himself and challenge Doom himself to get back what he believes is his. However, Reed doesn’t always come off as the good guy in the event. There’s a part of him that just doesn’t believe Doom would save the universe. And in that, Hickman’s Reed can often come off as jealous of Doom – a thread that began way back when Doom showed a paternal interest in Valeria. Where Doom believes he’s better than Reed, Reed knows he’s better than Doom. And that’s the catharsis of the series, Doom finally admitting he isn’t the better or smarter man and Reed acknowledging that despite everything, he believes Doom can be better.

Black Panther gets some wonderful moments to shine, but perhaps not enough emphasis. His fight with Doom is rendered in a series of splashes of larger than life action: A clash of a Mecha-suited Doom against a giant panther, a battle of wills as Panther wields the power of the Infinity Gauntlet against the might of a god. T’Challa’s presence in the series anchors the book to Hickman’s 2013 New Avengers run which set the Marvel Universe on the path to Secret Wars. T’Challa appears to be taking Reed’s role as top scientist and problem solver in the All-New, All-Different Marvel Universe from the books we’ve seen so far. It’s a bit unclear how exactly the new Marvel takes shape, however part of it is due to Black Panther using the reality gem. He finds himself in the past, in a duplication of the opening scene of New Avengers #1. It’s nearly word for word, but then doesn’t quite end the same. Has T’Challa changed the past? Are we proceeding apace from that moment as if Secret Wars never happened?

Esad Ribic’s art was incredibly strong throughout the series. I’ll always remember the first few pages of the second issue, with the Thor initiation, the first glimpses of Yggdrasil the World Tree turned into Doom’s literal seat of power. While the art does fell slightly more rushed in the later issues, with some storytelling problems, and some rather unfortunate images of a gape-mouthed Sue Storm, Ribic still manages to render fantastic images. Ive Svorcina deserves recognition for the muted, dusty red and orange palette of this book. It contrasts sharply with the stark whites of universal fade out and especially against the glowing white of God Emperor Doom. The final fight between Reed and Doom is a great show of color, fade outs and figures. It bespeaks the power on display while also showing us a battle beyond our comprehension.

It’s hard to pin down the book itself. It swings widely from Game of Thrones-esque epic with Thor policemen and warring barons, to Crisis on Infinite Earths with a Marvel spin, but it’s mostly the final act in Hickman’s slice of the Marvel Universe. It brings together threads planted over six years, which can be daunting to new readers but pay off wonderfully. The main series reads differently from any of its tie-ins, which feel even more superfluous than in other events. It’s more condensed, it’s more focused on a few characters.

What exactly the event has achieved for Marvel is a little murkier. The Ultimate Universe is gone. The few survivors folded into the main set of books. (One of the high points of Secret Wars is the payoff to Miles Morales gifting a cheeseburger to the Molecule Man.) How the new multiverse works has yet to be revealed. Much of the MU feels the same as it was before the event. We’re short a Fantastic Four, and Black Panther is poised to rise to new heights. Where we go from here will be interesting to see. In the end Secret Wars was a wonderful, complicated, confusing, unresolved, excellent, muddled event but a great story of hubris, power and responsibility.