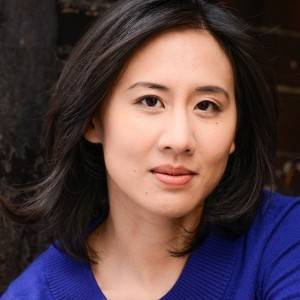 If you follow comics news, you probably have heard of Faith, also called Zephyr, from Valiant Comics. She’s a plus-size heroine who is irrepressible and charming, and will soon be getting her own #1, releasing January 27, written by Jody Houser, with art by Marguerite Sauvage.

We here at Panels are incredibly excited about this. Not only is Faith an amazing, fun, high-spirited character, but she represents a step forward in body representation in comics. Women are often portrayed as unrealistically thin (don’t get me started on some of the poses that would be physically impossible because we have, you know, bones). Faith allows people who are plus size to see themselves on the cover of a comic, to see themselves as the hero. And we love it.

While Valiant does a great job (much better than any other publisher) getting readers up to speed and allowing almost any #1 issue to be an entry point into their shared universe, I’m a completist. I wanted to read up on all of Faith’s experiences before I pick up Faith #1 from my comic shop (though you absolutely will be able to pick up Faith #1 without reading any of the character’s back story). I love her character so much—her personality is inspiring, and she reminds me of Ms. Marvel in her enthusiasm and zeal—and wanted to get as much Faith as I could. If you, too, want to read up on Faith, here’s a spoiler-free guide to her appearances and what you need to read. I’ve also included issue numbers, in case you’re reading digitally.

This gorgeous oversized hardcover volume features Harbinger, the storyline that introduced Faith to the Valiant Universe. Peter Stanchek is a psionically (think mind powers) powered teenager whose powers are off the charts. He’s turned himself into a drug addict trying to silence the voices in his head and…well, let’s just say he’s not the best version of himself at the beginning of this story. He does some pretty unforgiveable things, and it’s Faith and her unending optimism and belief in people that starts him on the road to redemption. It collects Harbinger #0–14 (including Harbinger Wars).

Finished with the first deluxe edition of Harbinger? Pick up the second! This continues Faith and Peter’s story, and the stakes are as high as ever. Faith gets some interesting character development and new personal adventures to embark upon in this volume. This is the conclusion of the Harbinger storyline and it’s a doozy. You have to admire Dysart’s vision with this run, as it’s beautifully crafted and meticulously executed, though heartbreaking. This volume collects Harbinger #15-25, Harbinger: Omegas #1-2, and Harbinger: Bleeding Monk #0.

This is a bit of a side story in terms of Faith—it relates to a universe-wide event in the Valiant universe, and this is just a slice of the story. But Faith is in it, and it features a team called Generation Zero. Remember those kids from Las Vegas you met in Harbinger Wars? They’re back in this book, as our heroes have to battle an alien counteroffensive that threatens not only the city it’s in, but the entire world. This trade collects Armor Hunters: Harbinger #1–3, plus Harbinger Wars #1, which you should have already read.

The events in Unity, Volume 4 lead directly into the Faith miniseries. This series sees Faith’s status quo change completely, both personally and professionally. She takes risks, and they don’t always pay off, but her character leaps forward in terms of development in this volume. From where Faith is left at the end of this volume, it’s clear she’s going to have a fresh start in Faith #1, and, as I mentioned, Valiant is really great about catching readers up so you don’t have to feel intimidated picking up something new.

Don’t forget to pick up Faith #1 on January 27—or better yet, add it to your pull list!