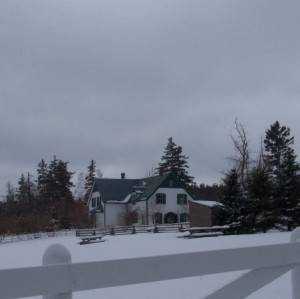 A new trailer of David Ayer’s upcoming film, Suicide Squad, was released recently, debuting on a “DC Films” special on TV and, of course, the Internet.

I’ve seen a lot of folks out there raise their alert level to “cautiously optimistic” after seeing the new trailer, so I think it’s fair to say the trailer is doing its job (using Queen’s “Bohemian Rhapsody” didn’t hurt, either).

Now, me, I’m an old school Suicide Squad fan. I even wrote about it on Panels previously. But I’m not one of those fans who thinks everything has to be just like it was. The John Ostrander/Luke McDonnell series from the late 80s pre-dated the creation of Harley Quinn, for example, but she’s a natural fit for the basic premise of the Squad, which took the spy thriller and adding a whole bunch of damaged and demented personalities to the mix with its “Mission: Impossible with Super Villains” high concept.

With that in mind, there are still some things I want to see from this movie that will make me a happy camper.

In retrospect, I think the primary element of the Suicide Squad series that left such a strong impression on me was the fact that, even as a reader, it was hard to tell if the ends justified the means. The cornerstone of this in the original series is Colonel Rick Flag, who struggles with the belief that throwing these despicable people at huge political problems is really for the greater good. In a film where the bad guys are the protagonists, this ambiguity is going to be crucial. Can we root for these guys while disliking them? Can we see that the team’s handlers might be worse than these guys, while under the pretense of doing The Right Thing? We need to feel all of that.

Deadshot, A.K.A. Floyd Lawton, was a fascinating addition to the Ostrander series. He walks through hell, calm and unaffected, because he has a death wish. He’s the sharpest shooter in the world, but… he can’t hit the yellow oval on Batman’s chest? “Aren’t you aware that you pull your shoots around me,” says Batman to Floyd in an issue of Suicide Squad. The squad offers Lawton a chance to go out in a blaze of glory, while also offering him insight into himself. Will he die or will he live long enough to change what he has to change? I want to see that character on the big screen.

And really, what I’m saying about Floyd Lawton goes for all of the characters. They’re conflicted, damaged, and sometimes psychotic. But always interesting, and always reacting in unique, startling, and sometimes hilarious ways to the situations around them.

No, I’m not telling you who this is. Just… get used to death.

It’s called the Suicide Squad for a reason. Some of these guys won’t make it out alive. And that’s something that really made the comics series sing back in the day. Characters would die or be severely injured. It raised the stakes. We know Superman or Batman aren’t going to buy it taking out some third world dictator, but Captain Boomerang? We were really never quite sure. This was a series I read month in and month out, never knowing if one of the cast will die. (There are obvious “red shirts” along the way, but the Squad did kill some of its major characters. No spoilers here!)

Ah, Amanda Waller. The Wall. Played in this film by Viola Davis. While Waller may be hierarchically above her strike force of convicts and military grunts, she was never necessarily morally above them. She just always had to act like it. She makes the tough calls. She’ll stare down the Batman.  But simply assuming you have the moral authority to do what you’re doing doesn’t mean you’re the moral authority.

Look, when David Ayer was tapped to direct the Suicide Squad film, I knew — based on what I saw in his previous film Fury — that he could capture the the grim and grit of this morally gray high concept. And that’s the thing, I think that this film can handle the darkness better than, say, when you make a completely dour film about a certain son of Krypton, but at the same time… I think they humor is going to be the key to this film. And, frankly, it was one of the keys the the classic series as well. The darker the situation, the grimmer the plight, the more human it is to find the levity where you can. The classic Ostrander/McDonnell series, in the midst of political turmoil, made sure that the villains cracked wise, even in the face of death. And there were pranks. In fact, there was a mystery that ran for many issues, in which various members of the squad were hit in the face with cream pies from a mysterious assailant. Yes, PIES TO THE FACE. In a political thriller comic. Because sometimes that’s exactly what you need.