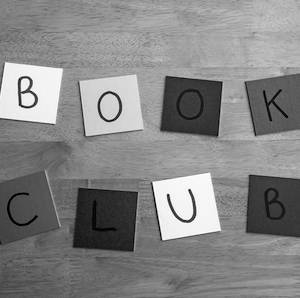 My book club has been together for five years. We meet in the basement of a college-town bar, and the bartender knows us all by name. We didn’t know each other before the book club, but by now we’ve been with each other through new careers, new relationships, new children, new everything. Lately, though, the magic has been dwindling and we seem to be growing apart. No one will commit to reading the damn book anymore. And I find myself wondering — should we just break up? How do you know when it’s the right time?

This question is complicated by the fact that I feel responsible for our little co-ed book club family. Five years ago, a friend and I started tweeting that we needed an IRL book club for other people like us who liked cheap beer and hard books. Four of us showed up that first night to talk about Cloud Atlas with complete strangers. Now, 45 books and just as many members later, we’re proud of what we’ve built and the things we’ve done. We’ve shared beers with Gary Shteyngart and eaten deviled eggs with J. Robert Lennon. We’ve hung out with Karen Russell and gotten snubbed by Jonathan Franzen. We’ve seen James McBride perform with his Good Lord Bird Band. We’ve discussed books on a pedal hopper and in a graveyard. We’ve partnered with our local library and given interviews to our local press. A handful of book club couples have even met and fallen in love. We have history.

But with the good history comes the bad. Everything started well and good, but after a year or two the anxieties kicked in about belonging. Members started forming not-so-private opinions about who had earned the right to pick a book and who hadn’t been around long enough. Someone who’d been coming for 8 months would whisper that the person who’d been there for 6 was “too new.” Then came the complaining about people who talked too much and the people who didn’t talk enough, and everyone had a different opinion about what, exactly, those thresholds were. Also: did it matter if everyone had actually read the book? Should you stay home if you hadn’t? There were warring opinions about that, too. Feelings started getting hurt when not everyone liked the book someone else had chosen. Before long, disagreements turned into straight-up infighting, with one fight so nasty that a few members walked away, never to return.

Other complications mounted. Our little college town is transient, and lots of us — including me! — have moved away to the Big City about an hour away, or left for research grants, or taken job offers out-of-state, that kind of thing. It now takes me a few hours to commute on book club night, so it feels like it has to be extra “worth it.” I don’t want to make the trip for just any old book. And I’m less inclined to do it when I’m under the weather or having a busy week at work.

Above all, though, is that what we each like to read has changed so very much. Five years ago we were all interested in reading the same kinds of things. For us, then, it was David Mitchell, Roberto Bolaño, William Faulkner, Don DeLillo. But now it’s different — we’re different — and so is what we want to read. Some of us want more artsy indie presses and some of us want more YA. Some of us want to try out romance and sci-fi and some of us have lobbied for comics. Some of us don’t care what we read as long as it’s not more of the same. (My watershed moment came when someone suggested reading Ta-Nehisi Coates’ Between the World and Me and not one but two of our members vetoed, arguing that it wouldn’t give us anything to talk about. Really?!) We’ve tried reading a little of everything, but in practice it’s just not working out. Fewer than half of us seem to read the book these days, and I wonder if this will be the final nail in our book club coffin. The enthusiasm just isn’t what it once was; the thrill is gone. Our members — including me — are no longer willing to spend precious hours reading books we’re not genuinely interested in. And through it all, no one knows who’s in charge of picking the books (… and more than one person thinks it’s them).

Last week, I met a group of smart, cool, confident women in the city where I now live. They wore bold red lipsticks and chatted about books by Patricia Highsmith and Mindy Kaling in casual conversation. My friend leaned over to whisper, “We should start a new book club with these ladies.”

It feels so, well, unfaithful, but I’m tempted.

What do I owe my old book club — the group I helped bring together and that have been through so much with me? Is it worth the long distance relationship, or is this a case in which to apply the zip code rule? Does loyalty trump all here, so do I stick it out even when it’s rough? Or should we gently set each other free to become the new people and readers we’re now meant to be?

Have you ever broken up with a book club? What do you think I should do, and how did you know it was the right time?