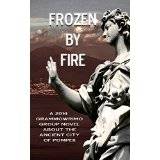 Every week, a different Panelteer will give you a rundown of the comics they’re most looking forward to for the week. Floppies, trades and omniboo are all fair game here. This week, Caroline tells us whats on her pull list.

With the future of the DC Comics universe embroiled in controversy, it’s nice to remember the current titles that are still kicking butt. Artist Babs Tarr create such a bright and beautiful comic book, month in and month out, that it’s even more unsettling to notice the creepy elements that have been working their way into the story. What’s happening to Babs’s memories and what the heck is the deal with her never-previously-mentioned high school BFF? This issue looks to dig in even deeper, doubtless setting up something amazing for issue 50.

DC also has a couple great, lady-centric books coming out in TPB format, for if you missed them the first time around — or, as Swapna has discussed in the Comic Book Newbie feature, if you just prefer to read trades. DC Comics Bombshells TP Vol 1 – Enlisted showcases Marguerite Bennett and Marguerite Sauvage’s reinvention of many new and classic DC characters, while Black Canary Vol. 1 Kicking and Screaming does the same for Brendan Fletcher and Annie Wu’s fresh take on the much beloved Dinah Lance.

Marvel, meanwhile — and not past time — invites us to a relaunch of its own should-be A-list heroine. Despite her prominence in the Marvel Cinematic Universe, and her inclusion on almost every superhero team ever, Natasha’s solo adventures have been scarce, and creatively uneven. The creative team behind good chunks of the best-ever Daredevil run is giving it a shot this time, and I’ve got all my fingers and toes crossed that this will be a Black Widow for the ages.

The Fuse # 18, cover by Justin Greenwood and Shari Chankhamma

Other Image Comics series get more attention, but this reliably excellent science fiction procedural by Johnston, Greenwood and company, goes to the top of my stack every time it comes out. The cover announces that this is the last issue of the “Perihelion” storyline, which will make a great TPB when that comes along. I hope this isn’t the last we see of Klem and Dietrich, or the weird and wonderful space station they call home.

I’m the wrong generation to have grown up with the Power Rangers; the English language version of the Japanese show was just taking off when I started college. But lots of my Millenial friends, including the folks behind the Toku Ladies podcast, have preached the low-budget live-action gospel long enough for me to know which end of a zord is up. (Note to self: find out what a zord is.) Plus, the folks at Boom! Studios have a track record of making licensed property comics into something special, and writer Kyle Higgins did a great job with DC’s Gates of Gotham series.

The Tick and Arthur: The Complete Works, Cover by Sean Wang

Speaking of former Saturday-morning properties that have spawned enduring cults (was the Power Rangers on Saturday morning? I’m sure some Milennial will tell me), New England Comics is offering a 300+ page reprint featuring their most legendary characters, The Tick and Arthur. I can’t find much information about this one, but the solicit highlights two miniseries by writer/artist Sean Wang (The Tick and Arthur and The Tick: Heroes of the City) and includes some early work by the now legendary artist Michael Avon Oeming. Whether you’re a hard-core fan or just want to dive into a bunch of gleefully silly comics for a reasonable price, this could be up your alley.

So that’s it for me. Let us know what you’ll be picking up!